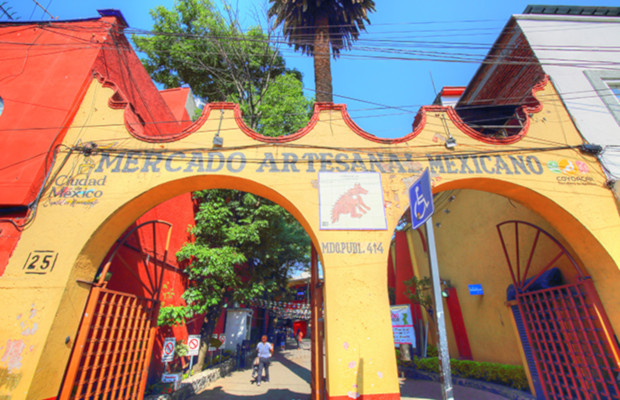 As Mexico prepares for a presidential election in 2018, pharma IP owners are hoping that the progress made in trade negotiations is not undone. Hector Chagoya of Becerril Coca & Becerril reports.

Mexico’s negotiations of important free trade agreements (FTAs) have triggered national and international discussions on the role of IP rights in trade. The discussion of IP rights chapters has scaled up to the point that they have been considered breaking points in all negotiations.

IP discussions have challenges in three main areas: internet use of IP rights, geographical indications and appellations of origin, and patents and their interplay with the regulatory processes for drugs.

In the regulatory process the topics of discussion in general have been:

The Trans-Pacific Partnership (TPP) negotiations can be tracked back to 2008 when Brunei, Chile, Singapore and New Zealand started negotiations with the US. By 2010, Australia, Peru, Vietnam and Malaysia had joined the negotiations. Mexico and Canada joined in 2012. Japan joined in 2013 to add up to 12 countries. The negotiations continued until October 2015 when a final text was approved and signed, subject to ratification by at least six states representing 85% of the GDP of original signatories (impossible to achieve without the US).

The asymmetry of the countries involved in the negotiations both economically and from the development of IP systems made it difficult to reach agreement, but made it necessary to include relevant IP topics that otherwise could have been omitted or taken for granted. The treaty was then drafted at the last minute with IP provisions that were both obscure and inconsistent for the pharmaceutical industry. Generic producers and innovator drug developers had serious objections.

The treaty included straightforward and clear provisions, including the ability to make second uses of known inventions eligible for patents; public availability of patent filings during prosecution; and the obligation to have a system for clearly identifying public patents in force covering drugs (linkage system).

Clinical data exclusivity provisions were the most difficult to understand because the language of the treaty made it impossible to determine the actual exclusivity term for biotechnology drugs and traditional drugs due to several footnotes and transition periods. The intent seemed to be at least five years of protection for all entities and an option to add three years of protection for biotechnology drugs.

The presidential election in the US led to dramatic changes to its foreign trade public policy. In 2017, before the TPP could be ratified in the US, President Trump withdrew the country from it. The rest of the countries involved decided to go ahead with the Comprehensive and Progressive Agreement for Trans-Pacific Partnership (CPTPP, or TPP-11). The IP complications rose again to the point that the countries decided to suspend, along with other provisions, the most controversial previously-agreed IP provisions (chapter 18) for the biotechnology and pharmaceutical industry, namely:

Article 18.53—on measures relating to the marketing of certain pharmaceutical products—was kept. It includes either the “linkage system”, whereby the parties are compelled to provide procedures to notify patent holders of attempts to register generic products covered by their patents, or other systems whereby the regulatory and patent authorities are coordinated to avoid the grant of a marketing authorisation of a generic product that is covered by a patent.

Mexico and the EU

The current FTA-EU-Mexico agreement, originally signed in 1997 and in force since 2000, mainly refers all IP matters to existing international treaties. Mexico started renegotiations for the agreement in 2016.

The EU proposal started recognising the latest changes to the broader statements under the Doha Declaration and the corresponding amendments to the TRIPS Agreement. It included provisions for additional patent protection due to regulatory delays (supplementary protection certificates, [SPCs]) and incentives for new medical indications, such as those for paediatrics or geriatrics.

It also included data exclusivity provisions for drugs without distinguishing biotechnology or traditional chemical molecules. In both cases, the European proposal left the duration of SPCs and data exclusivity open for negotiation.

The parties announced an agreement in principle in April 2018. The IP chapter took more relevance than in the original agreement. The European Commission had made public a first proposal for the text as early as November 2016.

Another complexity on pharmaceutical topics is that Mexico manages the regulatory and patents interplay through a linkage system. The European multinational regulatory framework and the fact that patents can be obtained through different mechanisms make it impossible to have a similar system in Europe, so the European proposal was more oriented to an SPC system.

Mexico would find it impossible to comply with this considering that the Mexican system is already compatible with the one agreed to under CPTPP. Nevertheless, it seems that Mexico agreed to compensation of patent terms for regulatory delays, implementation of which will be a challenge.

The described challenges may be one of the reasons why a draft version of the IP chapter has not yet been released, although the full texts are expected to be issued in late 2018.

NAFTA was enacted in 1994 with Canada, the US and Mexico as parties. NAFTA was negotiated before the finalisation of the TRIPS Agreement and was at the forefront of specifically establishing the obligation to provide clinical data exclusivity and minimum standards for a variety of IP issues.

However, the recent political changes in the US triggered fears over the termination of NAFTA. Under a very complex environment, NAFTA renegotiations have been advancing. In July 2018, Mexico will face a presidential election that might lead to a radical change in public policy views that would in turn affect already-negotiated terms and under even more uncertain negotiation conditions given the profile of the leading candidate.

It is easily concluded that the US position regarding IP should be the same as the position for the TPP. Therefore the reluctance of Mexico and Canada to subscribe to any IP obligation equal to, or above, the originally negotiated TPP is understandable. However, considering the agreement in principle with Europe and the signature of the CPTPP by Mexico, there is a good expectation that a minimum standard for IP in NAFTA will be consistent with the agreement with Europe and the TPP.

What to expect in Mexico

The importance of Mexico’s finalising renegotiations of all FTAs before the presidential election of 2018 is evident. The CPTPP has been ratified by Mexico and it seems that the European treaty will be enacted given the agreement in principle. Therefore although we have learned from the experience in the US that a new president can have the power to undo ongoing negotiations or to avoid ratification, the implications for a new president willing to change whatever has been negotiated are very complex.

However, the effectiveness of the treaties in IP matters will depend on local law implementation and changes. It is in these changes where a new political environment could have a positive or negative influence, given the election in Mexico.

In my opinion, it could be expected that the linkage system as it exists in Mexico may be maintained or improved to give more certainty to all the parties involved from the CPTPP agreement. It is seen worldwide as a good practice. Considering that linkage has been implemented in Mexico for almost a decade, it is expected that a newcomer will not remove it.

The only debate in Mexico regarding data protection is on data exclusivity. The health authorities wish to apply the same standard of five years for small chemical entities for biotechnology drugs. The final draft of the European agreement with Mexico will be essential to understand the final approach that the health authorities will take. Should NAFTA negotiations succeed, a stronger standard for clinical data protection in biotechnology drugs could be expected.

A scenario of a weakened IP system after the elections is highly unlikely because IP goes beyond the pharmaceutical industry; Mexico is significantly more active in the trademarks and copyright areas.

Hector Chagoya is partner and director of patents and technology at Becerril Coca & Becerril. He focuses his practice on patent drafting, patent prosecution, technology intelligence studies, IP assets valuation, IP negotiations, technology evaluation and substantive issues of patent litigation. He can be contacted at: hchagoya@bcb.com.mx