Medicinal cannabis: what next for Brazil? 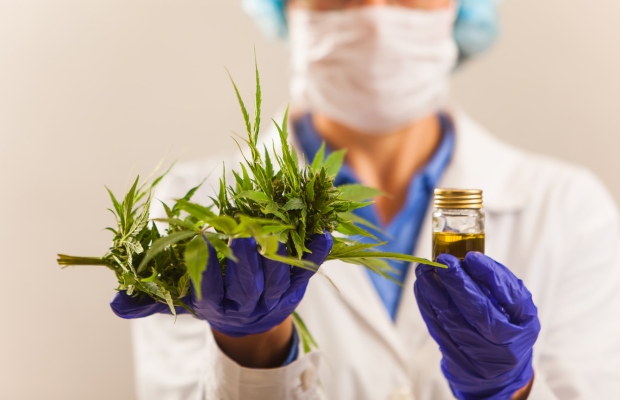 The medicinal use of Cannabis has been reported since 2,900 BC, originally in China, and was introduced into western medicine around 1840 (Grieco, M. Protection and Regulation of the Legal Use of Cannabis—Impact and Opportunities in relation to IP. In: XXXIX International Congress of Intellectual Property of the Brazilian Intellectual Property Association (ABPI). Rio de Janeiro, 2019).

Recently, the increased popularity of Cannabis and the emergence of its therapeutic uses raised concerns regarding the safety of uncontrolled and sometimes unknown use and the potential for abuse.

Three different species of Cannabis have been explored so far: Cannabis sativa, Cannabis indica and Cannabis ruderalis. The difference from one to another relies on their phytocannabinoids content, particularly, to the most known, tetrahydrocannabinol (THC), which is known to be psychoactive, and cannabidiol (CBD), a nonpsychoactive component. Cannabis sativa and Cannabis indica have high grades of THC and low grades of CBD while Cannabis ruderalis has the opposite.

Both phytocannabinoids can mimic human endocannabinoids activity on CB1 and CB2 receptors of human endocannabinoids system and, thus, have potential therapeutic use (Bridgeman, M B, & Abazia, D T (2017). Medicinal Cannabis: History, Pharmacology, And Implications for the Acute Care Setting. P & T: a peer-reviewed journal for formulary management, 42(3), 180–188). Cannabis and cannabinoids are indicated to alleviate symptoms or treat diseases. They are often used as adjunctive treatments to other therapies, as well as on their own only after a patient has failed to respond to traditional treatments.

The effectiveness of cannabinoids has been evidenced from controlled clinical trials for some conditions or diseases, such as, as anti-emetics, for stimulating appetite, for neuropathic pain and spasticity in multiple sclerosis, for palliative cancer care and for intractable childhood epilepsy.

“Currently, in Brazil, there is no regulation in force for the approval of medicinal use of Cannabis”

Other indications are still under evaluation, including, anxiety disorders; such as post-traumatic stress disorder; depressive disorders; sleep disorders; types of chronic pain not included in the clinical trials to date; degenerative neurological conditions; and inflammatory bowel diseases such as Crohn’s disease (European Monitoring Centre for Drugs and Drug Addiction (2018), Medical use of Cannabis and cannabinoids: questions and answers for policymaking, Publications Office of the European Union, Luxembourg).

Medicines combining CBD and THC have received regulatory approvals in Europe and in the US. Currently, in Brazil, there is no regulation in force for the approval of medicinal use of Cannabis. According to the Brazilian Anti-drugs Law, drugs, as well as, planting, cultivating, harvesting and exploiting plants and substrates from which drugs can be extracted and produced, are prohibited within national territory.

However, the planting, cultivation and harvest of said plants in Brazil can be authorised exclusively for medical or scientific use (Fidalgo, CB Protection and Regulation of the Legal Use of Cannabis—Impact and Opportunities in relation to IP. In: XXXIX International Congress of Intellectual Property of ABPI. Rio de Janeiro, 2019).

Nevertheless, despite the lack of regulatory instruments in favour of Cannabis-related medicines, small steps were taken towards regulating the medicinal use of Cannabis in Brazil:

According to the ANVISA, the number of requests for authorisations for importing CDB and THC-containing medicines increased from about 901 in 2015 to about 3,330 requests in 2018, and the Agency estimates that about 78,000 products based on Cannabis have been imported to Brazil by means of about 4,617 authorisations that have been granted over the years.

Most recently, the ANVISA issued two public consultations related to the medicinal use of Cannabis for gathering opinion from any interested party that were open for contributions until August 2019.

The first consultation is directed to regulating cultivation of Cannabis sativa for medicinal and research purposes and some of the provisions raised in this consultation were (i) the need for an special authorisation due in two years; (ii) cultivation in closed environments only by legal entities, since there is no provision for domestic cultivations so far; (iii) the plant and any derivative can only be distributed or sold to research institutes, supply and medicine manufacturers; among many others.

Another provision under study is to grant authorisations for domestic cultivation for research institutes, which today can only use imported goods. The second consultation was directed to the registration of medicines produced with actives from Cannabis and some of the provisions stablished were (i) the need for describing the therapeutic indication of the medicine; (ii) the relevance of the medicine for treating the disease; and the provision of (iii) safe use of the medicine; among others.

According to the ANVISA both consultations gathered together more than 1,000 contributions, and the next steps are compilating said contributions and submitting the final text of both resolutions for approval by the ANVISA’s Collegiate. Currently, Cannabis is being treated as a priority matter of the Regulatory Agenda of the ANVISA.

Along with the regulatory issues, but not less important, relies the concerns regarding the protection of IP derived from Cannabis. Currently, the grant of patents related to pharmaceutical products and process are subjected to prior approval by the ANVISA, which shall evaluate the patent application in light of health hazardness and Public Health. In this connection, the ANVISA understands that the health hazardness is characterised when the pharmaceutical product or process comprises or results in substances within E and F lists of Ordinance/SVS No. 344/1998, i.e., which includes Cannabis sativa and THC.

Based on this, even considering the exceptions granted to Cannabis in Ordinance/SVS No. 344/1998, the ANVISA still evaluates the health hazardness according to the claimed subject-matter. In most cases, the ANVISA has been denying the prior approval and the patent application is, thus, rejected by the Brazilian Patent Office (BPO) without even being examined in regard to the patentability requirements.

Under this scenario, there remains the need for promoting and perpetuating the debate on this matter in order to boost the regulatory agencies towards fast and secure measures for the medicinal use of Cannabis, as well as to clarify the protection of IP derived from Cannabis in Brazil. Because according to our current practice, the ANVISA has been denying the prior approval of patent applications related to this matter, which are, hence, permanently withdrawn.

Ludmila Kawakami is Patent Specialist at Di Blasi, Parente & Associados. She has a degree in Pharmacy and Master degree in Immunobiological Technology. She has been working in the IP field since 2013 and her includes: patent prosecution; patentability, FTO and infringement analysis; third parties observations and nullity proceedings; support on technical matters in litigation, particularly, in the pharmacy, biotechnology and chemistry fields; and support on proceedings related to the Access of Brazilian Genetic Heritage and Associated traditional Knowledge.

Ana Paula Couto is Patent Specialist in Di Blasi, Parente & Associados, she has a bachelor’s degree in Pharmacy and graduated degree in Intellectual Property Law. She has been working in the IP field since 2012 and her practice includes patent prosecution; patentability, prior art searches, FTO and infringement analysis; third parties’ observations and nullity proceedings.