Medicine for the millions 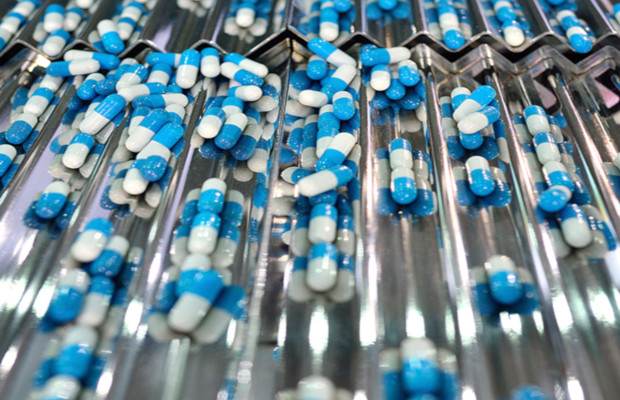 Product development partnerships are likely to provide great opportunities for companies seeking to market biosimilar products in Brazil, where there is a huge reliance on public healthcare. Alice Rayol Sandes of Di Blasi, Parente & Associados has more.

The Brazilian Institute of Geography and Statistics (IBGE) recorded that in 2013, the total expenditure of the country on healthcare goods and services was approximately $125 billion (BRL 424 billion), which accounted for 8% of the country’s GDP.

The Brazilian Health system, the Sistema Único de Saúde (SUS), provides integral and universal access to healthcare for every citizen, making it the largest healthcare system in the world (Brazil is the only member of the World Health Organization providing unrestricted free access to healthcare for over 200 million people). About two-thirds of the Brazilian population depend exclusively on the public sector to access treatment; the other third have some kind of private insurance but also resort to the public system for healthcare.

A report from the Institute of Applied Economic Research (IPEA), analysing the evolution of government expenditure on medicaments, estimated that in 2016 a total of over $5.5 billion (BRL 18.6 billion) was spent on the purchase of medicines for the SUS. From 2010 until 2016, there was an increase of 30% in the total payment made by the government on medicaments.

There is increasing concern in the government about the costs of medicines to supply the healthcare system. In this context, the Ministry of Health reported that biologicals represent 5% of the total medicaments offered by the SUS, but they correspond to 43% of the total expenditure of the government on medicaments. Most biologicals are imported, as there is insufficient local production of these products, thereby creating a technological dependency of the system on foreign providers.

With the purpose of fostering the national industry to manufacture biological products and establish a biotechnology-based industry within the country, the Brazilian government has been making efforts to acquire and internalise health technology.

One of the main initiatives consists of productive development partnerships (PDPs). The emerging PDP system ultimately aims at providing affordable locally produced healthcare products, which will be purchased at lower prices than the ones currently available, besides contributing to the technological development of the country.

The Ministry of Health estimates that the national manufacture of biologicals will result in savings of around $66 million (BRL 225 million) every year.

It is envisioned that besides contributing to the technological development of the country, the local production of biologicals will generate new jobs, avoid problems and delays with the importation of medicaments produced abroad, improve access to drugs and lower the expenses of the Ministry of Health. Therefore, the PDP system is intended to contribute to the overall technological development of the country and also enhance patients’ healthcare.

PDPs are ruled by Ordinance No. 2531 of November 12, 2014, which determines the guidelines for definition of the list of strategic products for the SUS and the establishment of PDPs, and regulates the proceedings for submission, instruction, decision, technology transfer and absorption, and acquisition of strategic products for the SUS within the scope of the PDPs and the respective monitoring and evaluation of them.

The government is supposed to periodically define and publish the list of strategic products for the SUS which are eligible for the presentation of PDP proposals. Said list encompasses not only biologicals but also includes small chemical entities and other health products. The latest list of strategic products was published by the Ministry of Health on March 8, 2017 (Ordinance No. 704), which replaced the previous Ordinance issued in 2014.

The proposal submitted to the government must follow specific guidelines, which are set forth by the Ordinance No. 2531/2014. The proposals will be evaluated by a committee specially created by the Ministry of Health for this purpose, and its approval published in the Official Federal Gazette.

Given the huge expenditures of the Brazilian government on biological medicaments, as discussed previously, and the importance of these products for the public health system, it follows naturally that many of the products eligible for PDPs according to the list published by the Ministry of Health belong to this class of products. According to Ordinance No. 704, from the 56 strategic products eligible for PDPs, 23 refer to biotechnological products.

According to the rules currently in force, the government is committed to purchasing products manufactured within the scope of a PDP, which shall follow specific rules related to price and market approval registration, among other criteria.

With the expiration of patents that protect biologicals and the emergence of the PDP programme, there will be a myriad of opportunities blossoming in Brazil in the field of biosimilars within the next few years. PDPs are certainly a great opportunity for entering the Brazilian market of biosimilars and also for receiving the incentives created for promoting the PDPs in the country.

Care should be taken, however, with the intricate Brazilian patent system, and with specific local marketing approval regulations for biosimilars.

Alice Rayol Sandes is a patent agent at Di Blasi, Parente & Associados. She has been working in the IP field since 1998, and her practice includes patent prosecution, litigation assistance, patentability analysis, FTO, validity and infringement opinions. She is co-coordinator of the cultivars committee of the Brazilian Association of Intellectual Property. She can be contacted at: alice.sandes@diblasi.com.br