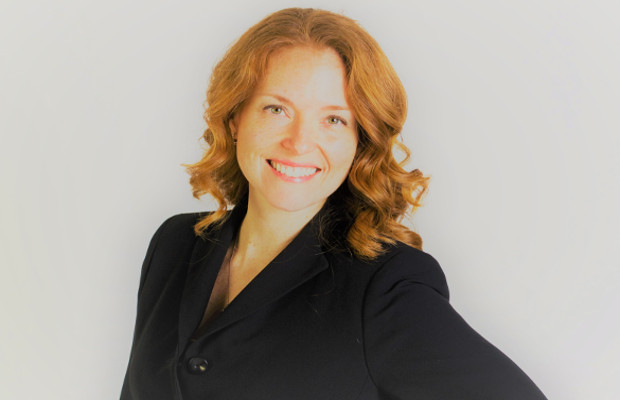 As the tide of M&A activity continues to rise across the life sciences industry, LSIPR speaks to Tracy MacNeal of Ximedica on what’s driving the trend and the pitfalls to be aware of.

In the second quarter of 2018, 61 merger and acquisition (M&A) deals worth $119 billion in the pharma and life sciences were announced, according to consultancy firm PwC in its “Global pharma & life sciences deals insights: Q2 2018” report.

This trend has set the stage for the rest of 2018: PwC expects more “mega deals” to drive M&A activity in the second half of the year.

Also in Q2, the medical devices sector (which includes diagnostics) increased 92% in deal value with Fortive’s acquisition of Johnson & Johnson’s advanced sterilisation products business for $2.7 billion and Zoetis’s buyout of Abaxis for $2 billion.

"An acquisition that isn’t thoughtfully integrated doesn’t help innovation at all—it may even hurt it."

Many of the big diagnostic companies are relying on the acquisition of start-ups to fuel their pipeline, explains Tracy MacNeal, president of diagnostics and digital at Ximedica.

For more than 30 years, US-based Ximedica has helped companies with the design, development and manufacture of their medical technology products.

MacNeal cites two diagnostic instruments that Ximedica developed for diagnostic start-up clients that were acquired by Roche and Luminex, respectively.

“Their C-suite made these acquisitions to accelerate the development of integrated sample processing technologies, ultimately helping the companies reduce healthcare costs and improve clinical outcomes.

“We see the trend of start-ups enabling growth for the big players continuing to accelerate,” says MacNeal.

PwC’s experts agree with MacNeal’s views on the market.

“We believe the need for medical device companies to add scale and breadth to their product portfolios, while focusing on innovative, high-growth therapeutic areas and shedding lower-growth assets, still exists.

“As a result, the rest of 2018 will likely be an active time for divestitures (with GE Healthcare as the most prominent) as well as acquisitions of smaller to medium-sized bolt-on deals,” says the report.

IP is a huge element in these deals, says MacNeal, who works with start-ups and international companies.

Larger companies can have a harder time staying nimble with the rapid pace of development, including in new technologies, which leads the organisations down the acquisition path, she explains.

MacNeal believes there’s also another trend at play which is driving M&A in the industry: big players are looking to expand into the point-of-care (POC) space.

A good example of this type of technology is a breakthrough start-up, Essenlix, which intends to reduce the costs and challenges of complete blood count assays in the clinical space with its smartphone-based instant mobile self-test technology.

At a minimum, this trend towards POC technologies will continue at the same pace, says MacNeal, although she believes it’s likely to accelerate.

“Consumers are beginning to demand testing closer to home. No one wants to go to the lab and have blood drawn. In the future, patients will behave more like consumers who want easy and convenient testing,” she adds.

“Additionally, the global community is looking for POC to help improve international healthcare issues like Ebola, Zika, and more.”

MacNeal doesn’t think so. “I’m bullish about M&A because I know it’s an inevitable type of activity. Start-ups are more nimble, and large companies like to acquire innovation once it’s been de-risked. That said, organic growth is always the fundamental play,” she says.

Ultimately, the buyer has the burden of making sense of what they’ve bought and “there are very few things you can bolt on to a business and have it make sense without also having a clear organic growth strategy”, she notes.

An acquisition that isn’t thoughtfully integrated doesn’t help innovation at all—it may even hurt it.

MacNeal adds: “If you’re lucky enough to get a good acquisition (and many of them fail to deliver investor expectations), it’s going to be because you managed to make it work for you from an organic standpoint. IP doesn’t do anything for you if you don’t know how to integrate it into the portfolio.”

That’s why it’s important to ensure that there’s a solid integration plan in place, a strategy that MacNeal believes correlates with the success of a purchase.

Cultural issues can also crop up and put the integration at risk.

“The people doing the deal are rarely the same people that lead the integration. If the integration leaders don’t understand the strategic move, it can put the acquisition in a bad place,” says MacNeal, adding that this happens more often than the industry cares to admit.

Finally, even after the deal is completed, the company faces another fundamental risk—the burden is now on the patent owner to prosecute the newly-acquired patents if necessary.

“It takes money, time, resources and attention to adequately defend your position, which is why it’s important to have number of strategies to protect IP, such as an operational advantage, in addition to having the legal right,” advises MacNeal.

For MacNeal, one of the best examples of an operational advantage is Toyota and its long history of ‘lean leadership’. For decades, she explains, Toyota has invited people to tour its facilities, thereby opening itself up to questions over whether it was worried competitors would then be able to copy its IP.

MacNeal notes that most ‘lean leaders’ like Toyota have confidence in their operational competitive advantage: “By the time they figure out how to do what we did, we’ll be far ahead of where we now. It’s all about continual improvement.”

“Operational excellence is far and away more powerful than a legal advantage, but it’s much harder to get. You need great leadership, fantastic teams, and a continuous culture of excellence,” she concludes.

Tracy MacNeal, President, XimedicaDx will be taking part in a panel with a focus on M&A at LSPN Fall 2018, on October 16th in San Francisco. Find out more about the event here.