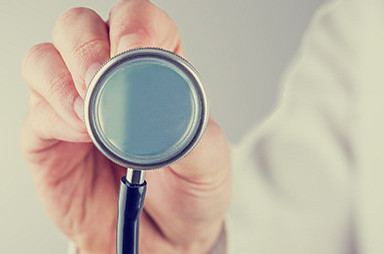 The Supreme Court’s Limelight decision makes it particularly difficult for the owners of diagnostic method patents to enforce those patents against a third party selling the assay. MaryAnne Armstrong of Birch, Stewart, Kolasch & Birch describes the current situation.

The difficulty stems from the decision by the US Supreme court in Limelight Networks v Akamai Technologies.

Section 271(b) states: “Whoever actively induces infringement of a patent shall be liable as an infringer.” However, for liability for inducing infringement there must be direct infringement of the patent under section 271(a), eg, Zenith Laboratories v Bristol-Myers Squibb (US Court of Appeals for the Federal Circuit, 1994).

The Supreme Court in Limelight further considered the requirement for direct infringement to establish liability for inducing infringement.

In Limelight, Akamai was the exclusive licensee of a patent directed to a multi-step method. Limelight carried out all of the steps of the claimed method, except the final step, which was done by the customer.

Although the issue on appeal in Limelight regarded liability for inducing infringement, the reasoning of both the US Court of Appeals for the Federal Circuit and the Supreme Court was based on the 2008 federal circuit decision in Muniauction v Thomson.  In Muniauction the federal circuit held that for there to be direct infringement a single party must be responsible (either itself or through the control of a third party) for the complete infringement of the claimed method.

Based on Muniauction, the federal circuit held there was no direct infringement because Limelight did not control the customers performing the final step.

However, in 2012, the federal circuit held in a per curiam decision that although no one party may be liable for direct infringement, there can still be liability for inducing infringement.

The need for infringement

Importantly, the Supreme Court’s decision in Limelight was predicated by the earlier decision in Muniauction and the court suggested that the federal circuit decision inMuniauction is possibly incorrect and should be revised upon remand.

"THE COURT HELD THAT LIMELIGHT AND ITS CUSTOMERS CANNOT BE REGARDED TO BE ACTING AS A SINGLE ENTITY AND THEREFORE THERE IS NO DIRECT INFRINGEMENT."

Limelight regards a patent concerning computer technology. However, the decision has implications for considerations of liability for inducing infringement for the diagnostic industry.

Under current US law there would no liability for inducing infringement for a party selling the assay to a testing facility, since the testing facility is not performing the entire claimed method.

When Limelight was remanded to the federal circuit for further consideration, the court denied Akamai’s request for the case to be heard with an en banc court. In the remanded case Limelight argued that Muniauction is binding precedence, so the previous decision of non-infringement should be reinstated. Akamai agreed thatMuniauction could be overruled only by an en banc court, but argued that Limelight is liable for direct infringement because the company has a “deep involvement” with its customers, meaning that Limelight controls the infringement.

On May 13, 2015, the federal circuit handed down its decision, holding that “because this case involves neither agency nor contract nor joint enterprise, we find that Limelight is not liable for direct infringement” and “encouraging or instructing others to perform an act is not the same as performing the act oneself and does not result in direct infringement”.  Even though Limelight provided an instruction manual explaining how to perform the final step, the court held that Limelight and its customers cannot be regarded to be acting as a single entity and therefore there is no direct infringement.

Akamai has stated that it intends to request another en banc review of the decision and if necessary appeal against the decision to the Supreme Court. If an en banc review and/or appeal is granted, the issue will be whether divided activities can give rise to liability for direct infringement.

This case is an important one for the diagnostic industry. If Akamai is successful in its argument that divided activities may give rise to liability for direct infringement even if an agency relationship or contractual obligation is not present, a diagnostic patent owner may be able to assert direct infringement claims against a testing company that performs the essential steps (but not all the steps) of a claimed diagnostic method.

In addition, the owner of a diagnostic patent may be able to assert infringement claims against a third party selling a diagnostic assay to be used in a claimed method.

In the meantime, the Supreme Court’s Limelight decision and the remand decision by the federal circuit make it difficult for diagnostic method patents to be enforced against a party selling the assay to be used in the claimed method or against a party performing some, but not all, of the recited steps of the claims.

To minimise the impact of the Limelight decision claims should be drafted with a consideration of reducing the number of parties that would be practically involved in practising the claimed method.

For example, sample collection and treatment steps should not be included in the claim because these are typically not performed by the same entity performing the diagnostic analysis. Similarly, active diagnosing steps should be avoided, if possible. However, this may be difficult because US examiners often require the recitation of a final step of diagnosing a disease or correlating the assay results to a disease.

MaryAnne Armstrong is a partner at Birch, Stewart, Kolasch & Birch. She has experience in preparing and prosecuting patent applications and legal opinions on infringement, validity and patentability. She also has experience in post grant procedures, including inter partes reviews and interference practices. She can be contacted at: maa@bskb.com