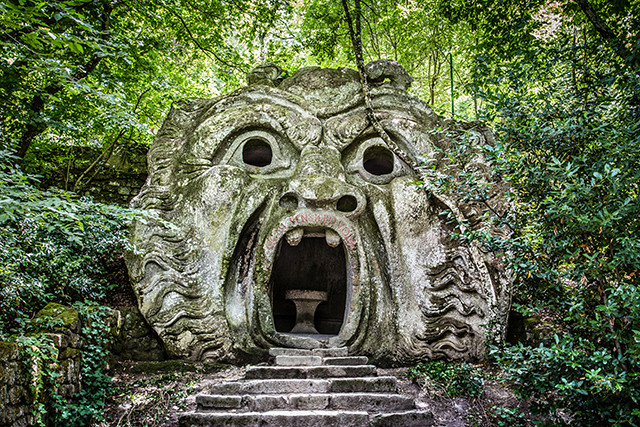 The inter partes review system was set up as a cheaper way of invalidating patents than litigation. Given the high success rate, and the large number of ‘patent trolls’ involved, is it likely that troll activity will be dampened? Steve Coyle, Leslie-Anne Maxwell and Chad Dever of Cantor Colburn investigate.

The America Invents Act (AIA) created several new proceedings to invalidate issued patents. Two of these new proceedings, the inter partes review (IPR) and the post-grant review (PGR), are most relevant to the life sciences.

IPRs apply to all patents regardless of filing date. Like in inter partes reexamination (the IPR’s predecessor), validity challenges in IPRs are limited to section 102 and 103 challenges based on prior art patents and printed publications. But unlike before, IPRs allow for limited discovery and use of expert testimony.

PGRs apply only to patents filed after March 16, 2013, which fall under the AIA’s first-to-file system. They allow challenges under more sections of the Patent Act, including 101, 102, 103, and 112 (except ‘best mode’), and on public use and sale issues, but must be filed within nine months of the issue date of the patent(s).

IPRs have been around for longer so there are more data available for them; only a handful of PGRs have been filed. We note that two of the first five PGRs were directed to pharmaceutical patents. More than 2,800 IPRs have been filed, and they have been very successful at invalidating patent claims. The US Patent and Trademark Office institutes an IPR in about 75% of the petitions. Once an IPR is instituted, about 80% of the claims are rejected or cancelled.

Often IPRs are filed by a large practising entity (eg, Apple, Samsung, Microsoft) against a so-called patent troll. A patent troll is a non-practising entity (NPE) and typically does not invent the claimed subject matter. Instead, it acquires a patent for the sole purpose of licensing it to obtain royalties.

There are other NPEs, however, that do not create the same level of controversy as trolls. Research institutions, universities, and start-ups also do not manufacture products, but they do invent subject matter and obtain patents. Operating companies invent some patents but also acquire patents from others. They may not manufacture products that correspond to every patent claim.

Finally there are large companies that form consortiums in order to buy patents. For example, Apple, Microsoft and others formed an NPE, Rockstar, which submitted the winning $4.5 billion bid to acquire the Nortel patent portfolio. Rockstar has asserted its patents against several companies.

The strategy for monetising patents used by patent trolls does not differ greatly from that of other firms engaging in licensing and enforcement activities. The really contentious issue with trolls is their licensing and litigation tactics. Trolls typically target small companies that would rather pay a nuisance fee than spend potentially millions in litigation. In the worst cases, trolls send out a generic cease-and-desist letter to dozens of companies without conducting any investigation into whether there is any actual infringement.

This extortion-like behaviour has raised the ire of Congress, the White House, the Department of Justice, and the Federal Trade Commission, as well as number of states’ attorney general. Every month there seems to be new legislation or a new initiative to combat trolls. IPRs were set up as a cheaper way of invalidating patents than litigation. Given the high success rate of invalidating patent claims in IPRs, it is likely that IPRs will tend to curb troll activity.

Trolls in the life sciences arena

Trolls are most active in the software and internet commerce areas, and are uncommon in the biotech and pharma sectors. We think there are a few reasons for this:

• Technology. The research and development  (R&D) required to support a life sciences patent is much greater than the investment required for an internet commerce patent.

• Pricing. The cost of a pharma patent will typically be many times more than that of an internet patent. Trolls may simply not be able to afford pharma patents.

• Patent scope. Pharma and life sciences are considered unpredictable arts by the patent office and are also relatively mature fields. As a result, patent examiners in these arts place a high burden on applicants to show that their claims are enabled, and are proficient at issuing claims that reflect the exemplification shown by patent applicants. The troll’s typical mode of extortion would not work in this sector.

"THE OGRE MAY DECIDE THAT INVALIDATING A PATENT OWNED BY A START-UP OR UNIVERSITY THROUGH AN IPR MAKES MORE ECONOMIC SENSE THAN TAKING A LICENCE."

Pharma IPRs are also rare. This may be because the Hatch-Waxman Act offers a separate and more attractive vehicle for challenging patents as well as economic incentives to those who challenge the brand companies’ patents. IPRs do not offer the same incentives (such as market exclusivity).

There are new phenomena in the life sciences and IPRs areas. First, a hedge fund associated with Kyle Bass has been filing IPRs against drug patents. His model is allegedly to take a short position on the drug companies and bet that their stock prices will fall. Congress is currently investigating Bass’s apparent market manipulation activities.

Second is the rise of the ‘ogre’. An ogre is a large practising entity—such as a pharma manufacturer or successful biotech company. The ogre may decide that invalidating a patent owned by a start-up or university through an IPR makes more economic sense than taking a licence.

A small innovative start-up company may have a good patent portfolio, but its lifecycle goal is to eventually license or sell its IP to a manufacturer. If the price is too high, an ogre can file an IPR knowing the small company is unlikely to prevail.

This is not dissimilar from troll tactics. A solo inventor cannot manufacture a product or afford patent litigation. The ‘bad’ trolls are speculators who will buy the patent with the hope they will get a return on their investment. Some speculators will adopt the controversial tactic of going after a small business.

In the life sciences in particular, small innovative companies’ typical business model is to sell off their IP once they complete their R&D. A large pharma ogre may attack the IP rather than take a licence.

Steve Coyle is a partner at Cantor Colburn. He has 20 years’ experience in litigating and trying complex disputed matters. Coyle is also the group leader of Cantor Colburn’s pharmaceutical litigation practice. He can be contacted at:
scoyle@cantorcolburn.com

Leslie-Anne Maxwell is a partner at Cantor Colburn. She co-chairs the firm’s pharmaceutical IP services practice group. She provides all aspects of patent representation to clients working in chemical and life sciences research. She can be contacted at: amaxwell@cantorcolburn.com

Chad Dever is an associate at Cantor Colburn. He works in the firm’s litigation and chemical departments. Dever’s practice focuses on patent and trademark litigation, licensing, IP counselling, and patent landscaping and prosecution. He can be contacted at:  cdever@cantorcolburn.com