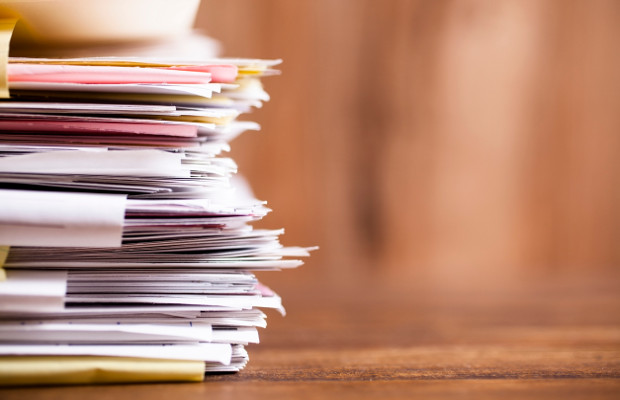 Brazil’s patent backlog has long caused concern for IP owners, particularly those in the pharmaceutical industry, but progress is being made, as Kene Gallois and Ricardo Nunes of Daniel Legal & IP Strategy report.

In 2017, the number of pending patent applications awaiting a final decision was reduced by 7.6%. The backlog reduction was the result of a combination of factors, including a 25% increase in the Brazilian Patent and Trademark Office’s (INPI) staff, optimisation of internal procedures, and improvements in the INPI’s electronic systems in particular.

These proposed measures were promising, but 2017 still closed with worrying backlog statistics (Figure 1). 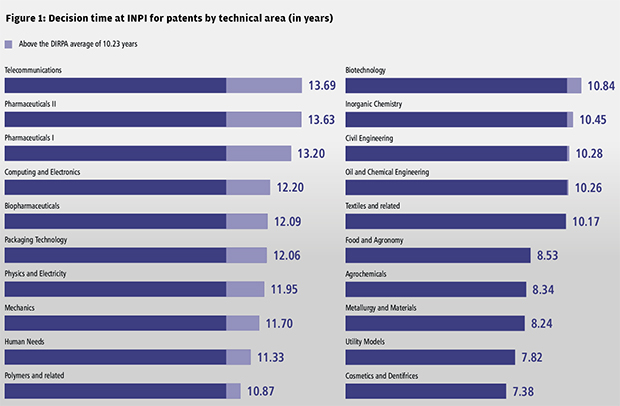 The overall average consists of 10.23 years from filing until grant, but the decision time for applications in the pharma field reaches a disappointing average of 13.63 years, behind only telecoms applications.

The backlog was significantly worse in the past for pharmaceutical cases, due to the double patentability examination carried out by the INPI and the Brazilian National Health Surveillance Agency (ANVISA).

INPI and ANVISA signed a Joint Ordinance last year, clarifying the role of each agency. Now it is clear that, although ANVISA may issue a non-binding opinion on the fulfilment of patentability requirements, the agency’s role is limited to assessing whether the subject matter of a patent application represents a risk to public health. The INPI’s role remains the same—to analyse the patentability requirements of the claimed subject matter. 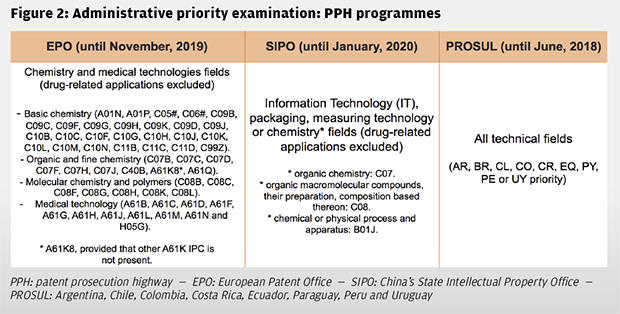 The commitment of the current administration to reducing the backlog continues. The INPI has attempted to harmonise and accelerate the examination of patent applications based on the decisions already published by other jurisdictions through patent prosecution highway (PPH) programmes.

The INPI’s efforts in trying to improve the Brazilian patent system and reduce the backlog are revealed by the several priority examination programmes that are available. For chemical, medical and pharma/biotech cases, some of those programmes are outlined in Figures 2 and 3.

Since pharma applications have different examination processing due to the need for obtaining prior approval from ANVISA, almost all PPH programmes exclude them from the eligible applications. For example, the agreement between the INPI and the European Patent Office (EPO) encompasses medical technologies and accepts applications having A61K8 as International Patent Classification (IPC), which refers to cosmetics, but excludes applications having any additional A61K (preparations for medical, dental, or toilet purposes) classification.

What would be the options to administratively accelerate the examination of a pharmaceutical application?

Regarding PPH programmes in Brazil, PROSUL is not limited to a specific technical field or IPC. Therefore, if there is no infringement involved, the fast-track examination can be submitted under the Brazil priority programme, if applicable. Patent applications eligible to participate are all those of a patent family initiated at the INPI, that is, applications initially filed with the INPI whose protection was also requested in another patent office.

The Brazil priority programme is currently in phase III and the INPI has received more than 150 requests; more than 90 applications received final decisions in less than 14 months.

If the application refers to the diagnosis, treatment, prophylaxis of cancer, AIDS or neglected diseases (such as Chagas disease, leishmaniasis, malaria and tuberculosis), fast-track examination request can be submitted based on the INPI’s Resolution 80/2013.

Using the fast-track examination programmes can be a crucial approach to maximise business profitability and manage IP rights. Although the Brazilian backlog may seem insurmountable, there are many possible ways to overcome it.

Kene Gallois is the head of the chemical and life sciences group at Daniel Legal & IP Strategy. She can be contacted at: kene.gallois@daniel-ip.com

Ricardo Nunes is the head of the patent litigation department at Daniel Legal & IP Strategy. He can be contacted at: ricardo.nunes@daniel-ip.com