Patent extension in Canada: Making up for lost time 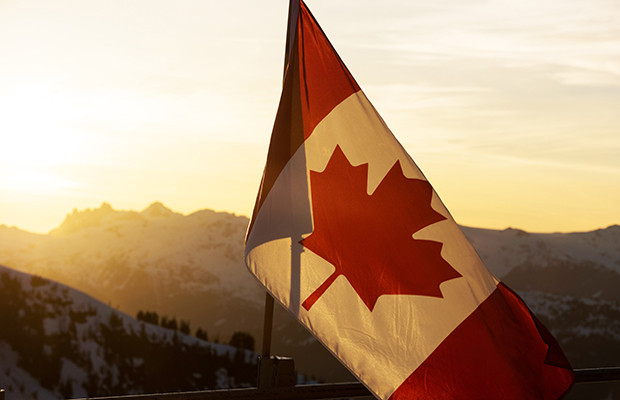 Following the signing of a historic trade agreement with the EU, Canada now has a system of patent term extension. LSIPR considers the impact for pharmaceutical patentees.

It cuts duties on 98% of products traded, saves EU businesses €590 million ($701 million) a year, and has received much scrutiny and criticism. It is the Comprehensive Economic and Trade Agreement (CETA), signed between the EU and Canada in October 2016 after five years of negotiations.

Most major trade deals are inextricably linked to IP, and CETA is no exception—the agreement covers seven main areas, one of them IP, others including trade in goods and services (unsurprisingly), investment and sustainable development. It entered into force provisionally on September 21 but must be ratified by all EU member states before it becomes permanent.

Depending on where you sit on the Brexit debate, CETA demonstrates either the EU’s ability to negotiate complex and wide-ranging deals with major trading partners, or the slow progress of meeting so many countries’ interests.

To comply with CETA, Canada had to introduce a system of patent term extension (PTE) for the first time; until CETA was signed, Canada was the only G7 country not to legislate for PTE. The new system, allowing pharmaceutical patentees to recover time lost during clinical trials and regulatory review, is a landmark moment for the country’s IP framework.

These applications, which will be filed with Health Canada, must cover drugs containing a new medicinal ingredient, or a new combination of medicinal ingredients, and which are protected by an eligible patent, ie, product, product-by-process and use claims, but not formulation patents.

To be eligible for a CSP, patentees must have filed a New Drug Submission in Canada within 12 months of the first equivalent international filing in any of the following territories—Australia, the EU, Japan, Switzerland and the US—but for the first year of the regulations being in force, this period is 24 months.

“Patentees will need to ensure that they take care to meet the timing, medicinal ingredient and patent criteria set out in the regulations, otherwise they will not be eligible for a CSP.”

Under the new framework, there is an exemption allowing generic products to be made or sold for the purpose of export, while there will be no paediatric extension available, unlike in the EU.

Despite the similar sounding full names of CSP and SPC, there are differences between the two that go beyond the paediatric exclusivity provision, which is capped at six months in the EU, and the three-year difference in length between the certificates. One is that the EU does not require applicants to have filed their initial marketing authorisation within a set time window of making equivalent filings in other jurisdictions.

Hamill says while it’s positive that Canada now has a system of PTE, the mandatory 12/24-month filing period is an unreasonable timing restriction for CSP eligibility and one that is not found in the PTE systems of other nations.

“There are also eligibility criteria with respect to what medicinal ingredients and what patents qualify for a CSP,” he says, in a nod to Canada’s decision not to grant CSPs on the basis of formulation patents, even though this may be possible in the EU.

“Patentees will need to ensure that they take care to meet the timing, medicinal ingredient and patent criteria set out in the regulations, otherwise they will not be eligible for a CSP,” he adds.

Daphne Lainson, partner at Smart & Biggar/Fetherstonhaugh, also comments on CSP eligibility, saying it is narrower than she would have hoped.

“We think of patents as protecting compounds and commercial offerings (formulations), so it’s a little disappointing.”

But she adds that early applications may show how Health Canada is going to consider some of these patents.

“The regulation speaks of the claim having to be directed at the same medicinal ingredient or combination—that could potentially be subject to interpretation.”

But although Canada has a much narrower field of eligibility than in Europe, “something is better than nothing”, she argues, “and I am optimistic that there will be companies that can benefit from these new provisions.”

She adds: “I would echo some of the concerns about eligible patents, but some of this will need to be sorted out by working with Health Canada and seeking guidance from the courts.

“I am sure we will see litigation going forward to explore the scope and availability of supplementary protection,” she continues, pointing out that there have been many cases in Europe.

There are currently three pending references from the UK to the Court of Justice of the European Union (CJEU), the most interesting of which is Abraxis Bioscience v Comptroller-General of Patents, says Paul England, senior associate at Taylor Wessing.

He says the case continues a theme that began with the 2012 CJEU ruling in Neurim Pharmaceuticals v Comptroller-General of Patents—that is, what sort of product the SPC regulation is supposed to protect.

“Originally it was active ingredients, but Neurim opened this up to second medical uses on the broad basis that the SPC regulation is intended to protect investment. Now, in Abraxis, the patentee is trying the same logic to get a new formulation of an old active ingredient protected.”

The other big European issue, he says, is the European Commission’s consultation on the SPC system, with a consultation document expected soon.

Although it’s not clear whether the review will be root and branch, there will be some specific focuses, including on a waiver that could allow generic manufacture and “stockpiling of generics” ahead of an SPC expiring.

There is also the question of a unitary SPC, ie, whether there will be one and how it will work, he adds.

In an “inception impact statement” released earlier this year, the Commission spelled out some of the problems that have been identified, the first being “loss of export markets and lead-time to entry into member state markets for EU-based generics and biosimilars” that have resulted in a reliance on foreign-based supplies of generics and active pharmaceutical ingredients.

The second problem, the Commission said, is that “SPC protection might be not adapted to a changing global trade and innovation model”, while another is “fragmentation resulting from the current SPC regime”.

According to the Commission, change could come in a number of ways (or not at all), namely (i) no policy change; (ii) non-legislative instruments to improve implementation of existing EU legislation; and (iii) legislative changes.

As England notes, “Changes are possible in the next few years but we are in an early stage. The document will give a better idea of how fundamental the changes will be.”

Under CETA, the new system of PTE was not the only major change in the life sciences field, as Canada’s patent linkage framework, which is governed by the Patented Medicines (Notice of Compliance) Regulations, has also been amended.

In a blog post on the changes, DLA Piper lawyers said that, significantly, the amendments switch the litigation framework from a summary process to a full trial-based procedure, “with binding effect on the parties involved, and an equal right of appeal to innovators”.

Earlier this year, John Norman, partner at Gowling WLG, told our sister publication WIPR that summary proceedings were used to determine whether a generic drug could get market approval.

But he added: “Summary proceedings are not final, so whoever wins or loses in that summary proceeding can then go on and bring a full action for patent infringement or impeachment. This has led to dual track litigation.”

With the changes, Lainson says, Canada has moved towards a system that is more familiar to US attorneys in some respects and “I think many companies will be happy to be able to work through the new system and have some kind of final resolution that they do not necessarily have now”.

Even more amendments could be on the horizon.

Lainson says that at some point in the near future, the government is going to revisit the regulations relating to the Patented Medicine Prices Review Board, a “uniquely Canadian” setup that controls the maximum price of patented drugs.

Although this review is not directly tied to CETA, it’s another area of regulatory reform that could have important consequences for pharma patentees in Canada, she says.

While Canada may have been slow to adopt a PTE framework, life sciences companies need to get to grips with the new regime as fast as possible, while keeping a watchful eye on events across the Atlantic.