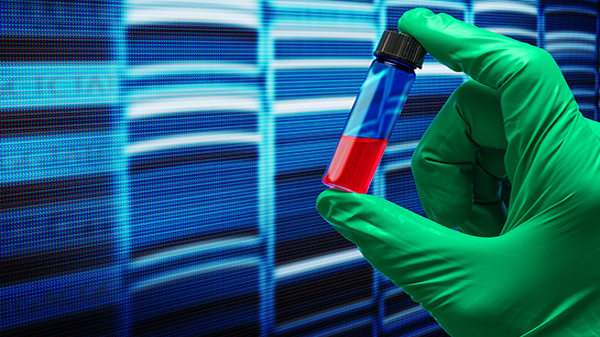 Earlier this year, the Advocate General of  the CJEU opined that stem cells from parthenotes are patentable. Franz-Josef Zimmer and Markus Grammel examine the reasoning behind his opinion.

Against the backdrop of an increasingly unfavourable European legal landscape for human stem cell patents (see LSIPR 2014, 1.3), in his recent opinion in case C-364/13 the Advocate General (AG) Pedro Cruz Villalón of the Court of Justice of the European Union (CJEU) gives reason to believe that there is some light on the horizon for applicants seeking patent protection for stem cell-related inventions.

In the case in question, the CJEU is called on to decide whether human parthenotes might be regarded as embryos and therefore excluded from patentability under Article 6(2)(c) of Directive 98/44/EC (the Biotech Directive), which states that “uses of human embryos for industrial or commercial purposes” shall be considered unpatentable. The AG says no, and recommends that human parthenotes do not fall under the term “human embryo” of Article 6(2)(c), currently the most crucial obstacle to patentability for stem cell-related inventions in Europe.

A parthenote is an unfertilised ovum that has been induced to undergo cell divisions without being fertilised by a sperm cell. The process of an ovum developing into an embryo and potentially further into a viable being, without fertilisation, is referred to as parthenogenesis, leading to a parthenote. While parthenotes of some species have the potential to develop to term, human parthenotes, at least according to current scientific knowledge, are incapable of developing into a viable human being, the reason being the lack of paternal DNA, without which an essential process called genomic imprinting cannot take place.

Importantly, however, human parthenotes may still serve as a source for pluripotent stem cells: stem cells that have the capacity to develop into a wide range of different cell types and tissues that hold a lot of promise for the future treatment of various degenerative diseases.

In the case underlying the present opinion, International Stem Cell Corporation (ISC) filed two patent applications with the UK Intellectual Property Office (IPO) relating to human stem cells derived from parthenotes. The IPO refused both applications on the grounds that, by relating to human parthenotes, they involve the use of human embryos for industrial or commercial purposes excluded from patentability under Article 6(2)(c) of the Biotech Directive, thereby following a previous ruling of the CJEU in C-34/19 (the Brüstle case). In Brüstle the court had found that any human parthenote constitutes a “human embryo” in the sense of Article 6(2)(c).

ISC appealed against the IPO decision to the English High Court, the referring court in the present case, and essentially argued that the CJEU in Brüstle subsumed human parthenotes under the term “human embryo” only as far as they have the capability to develop into a viable human being. On the other hand, the Comptroller General of Patents, representing the IPO, and the High Court believed that the Brüstle ruling was unclear in this regard, once more leading the High Court to request guidance and clarification from the CJEU on this matter.

The meaning of ‘commencing the process’

In the well known and highly relevant Brüstle case the CJEU already had to decide what is encompassed by the term “human embryo” in Article (6)(2)(c) of the Biotech Directive. In that decision, the CJEU held that

[…] any non-fertilised human ovum whose division and further development have been stimulated by parthenogenesis constitute a‘human embryo’.

While the CJEU’s statement might seem pretty clear on the face of it, it is important to consider that the court arrived at this decision mainly by arguing for a wide interpretation of the concept of “human embryo” and that, just like an embryo that was created by fertilisation of a human ovum, a human parthenote iscapable of commencing the process of development of a human being just as an embryo created by fertilisation of an ovum can do so.

Moreover, the High Court noted that the factual foundation of the Brüstle decision no longer applies because the CJEU in Brüstle ruled under the impression that human parthenotes actually have the capacity to develop into a viable human being, while current scientific evidence clearly supports the view, shared by all the parties involved, that human parthenotes lack such capacity.

Therefore, the High Court considered it necessary to request further clarification on this matter from the CJEU and submitted the following question:

Are unfertilised human ova whose division and further development have been stimulated by parthenogenesis, and which, in contrast tofertilised ova, contain only pluripotent cells and are incapable of developing into human beings, included in the term ‘human embryos’ inArticle 6(2)(c) of Directive 98/44/EC on the legal protection of biotechnological inventions?

As suggested by the High Court, the AG finds that the Brüstle decision hinges on the interpretation of the term “capable of commencing”.

According to the AG, the CJEU erroneously established a functional equivalence between fertilised ova and non-fertilised ova subjected to nuclear transfer and parthenotes, due to limited and incorrect scientific facts available to the court at the time. The AG is of the opinion that the decisive criterion for assessing whether a human parthenote constitutes a “human embryo” should be whether it is in fact functionally equivalent to a fertilised ovum, meaning whether it has the inherent capacity to develop into a viable human being.

In contrast to the Brüstle ruling, given the current understanding that human parthenotes lack the capacity to develop to term, the AG arrives at the conclusion that parthenotes should not be considered “human embryos”. This assessment, however, is carefully qualified by the reservation that the parthenote has not been altered genetically so as to enable it to yet develop into a viable human being, an approach that already has been successfully applied in other species.

Provided that the CJEU follows the AG’s recommendation, as it does in the majority of cases, this ruling could provide some relief for applicants in the stem cell field. Specifically, it may open a way to patent protection for certain stem cell-related inventions by relying on pluripotent stem cells derived from parthenotes. At the same time, inventions based on conventional embryonic stem cells might not be patentable (see LSIPR 2014, 1.3).

As for the European Patent Office, it will probably adapt its granting practice to this new CJEU case, as it has done previously in the aftermath of Brüstle (see EPO Guidelines for Examination 2013 G-II 5.3).

Franz-Josef Zimmer is a partner at Grünecker. He can be contacted at: zimmer@grunecker.de

Markus Grammel is a patent attorney trainee at Grünecker. He can be contacted at: grammel@grunecker.de