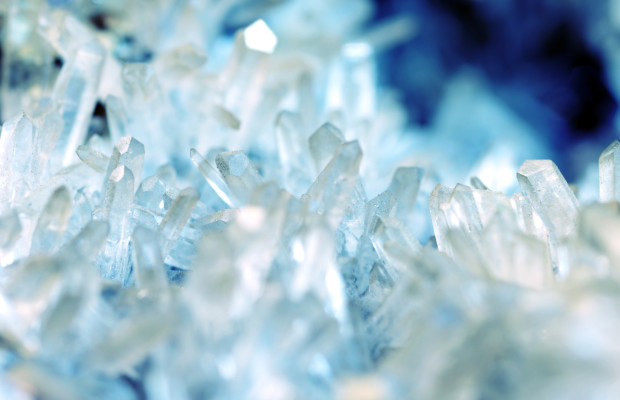 Lino Almazan-Monroy and Mariana Gonzalez-Vargas of Becerril, Coca & Becerril discuss how inventors seeking patents for polymorphs in Mexico can give themselves the best chance of success.

In the chemical context, polymorphism refers to the ability of a compound to exhibit more than one crystalline form. That is to say, in solid state the molecules of the compound are organised in different structures. An example of polymorphism is carbon which, depending on the arrangement of the atoms, exists as graphite, diamond or nanotubes (allotropes of carbon with a cylindrical nanostructure).

Polymorphism is present in various organic and inorganic materials such as fats, pigments, explosives and active ingredients with pharmaceutical application. Databases such as the Cambridge Structural Database (CSD) and the Inorganic Crystal Structure Database (ICSD) specialise in storing specific information for polymorphs. Each polymorph exhibits different physical properties such as density, solubility, different melting points, and improved stability under storage or use conditions, among others.

In the pharmaceutical field, polymorphs are important because of advantageous properties such as better solubility, compressibility, and/or bioavailability; however, they may also exhibit undesired side-effects such as in the case of deformities in children by maternal intake of a crystalline form of thalidomide during pregnancy.

In this sense, a drug can be shown to be effective only through a determined polymorph. Thus, selection of polymorphs is typical in healthcare-related patents, because of the regulatory barriers to market entry for products in this industry and the advantages of polymorphs as pharmaceutical active ingredients.

Nonetheless, protection of crystalline forms is sometimes a real challenge in Mexico, since some examiners of the Mexican Institute of Industrial Property (IMPI) take a strict position in terms of the inventive step requirement, as sometimes they consider that the production of a polymorph is achieved through routine experimentation, and an inventive step is not involved.

Regarding the relevant legal framework, the Mexican Industrial Property Law establishes the following:

“Article 19: Will not be considered inventions for the purposes of this Law:

VIII. The juxtaposition of known inventions or mixtures of known products, variations in their use, form, dimensions or materials, unless actually it is about a combination or a merger so that they cannot function separately or that the qualities or characteristic functions thereof are modified to obtain an industrial result or use not obvious to a person skilled in the art.”

According to this article, it seems that article 19, section VIII obliges the applicant to a burden of proof, particularly when the compound is already disclosed in the prior art, since the crystallography is being construed as a routine experimentation. Thus, it becomes difficult to convince Mexican examiners about the inventiveness of patent applications regarding crystals which contain characterisation tests as the only experimental evidence.

Moreover, Mexican examiners have adopted common criteria in considering a crystalline form as a product without involving an inventive step if the application does not contain experimental data other than characterisation techniques: DSC, TGA, IR, etc. So, examiners require proof which demonstrates the advantageous technical effect provided by such crystalline form over the amorphous form known, particularly when the compound in amorphous or another crystalline form is already known in the art.

However, it is important to consider that until now, there is no an infallible method of predicting that a specific compound is going to have polymorphs and the technical features of the same. From a thermodynamic point of view of polymorphism, the thermodynamic stability and the time it takes for a transformation to equilibrium should be considered. The pharmacokinetics of this transformation will finally establish the type and stability of the polymorphs.

Unlike salts, which in most cases can be predicted under an understanding of the chemical structure of a compound and its ionisation constants, the existence and identity of polymorphs is not predictable.

"Generally a person skilled in the art could not deduce how to produce a specific polymorph (eg, crystallisation conditions) or predict its properties."

In fact, even if it were possible to predict that a compound might be susceptible to having polymorphs and what their structures might be, generally a person skilled in the art could not deduce how to produce a specific polymorph (eg, crystallisation conditions) or predict its properties.

Frequently the crystallisation of new polymorphs requires between hundreds and thousands of experiments that analyse the effects of various parameters such as temperature, solvents and mixtures thereof, mixing time, cooling rate, agitation rate and concentrations, as well as methods and processes for the precipitation, cooling, evaporation, and thermal cycles.

In this way, the number of crystallisation conditions is so great that if it were possible to predict the most stable crystalline form, a person skilled in the art would not have defined a series of specific experiments or variables on which it could be based for its production.

The rationale above has been successfully used to overcome objections made by Mexican examiners when inventive step is questioned based on the idea that polymorphs are obtained by routine experimentation and when there are enough experiments described on the application showing how different parameters of the specific crystallisation procedure were defined, for example, by trial and error.

Nevertheless, in order to face the challenge of protecting polymorphs in Mexico with the highest chances of success and to demonstrate without a doubt the inventiveness of polymorphs, it is recommended that applicants include in the drafting of the application, or at least prepare during the prosecution of the same, further evidence duly supported by examples and comparative examples.

This evidence should be specially focused on demonstrating an advantage and/or unexpected effect of said polymorph, such as improved solubility, increased dose response, improved bioavailability, increased stability or improvements in hygroscopicity when compared with the amorphous form of the compound or already known crystalline form, in addition to solid state characterisation techniques that allow adequate identification of the same.