Pay-for-delay: Play by the rules 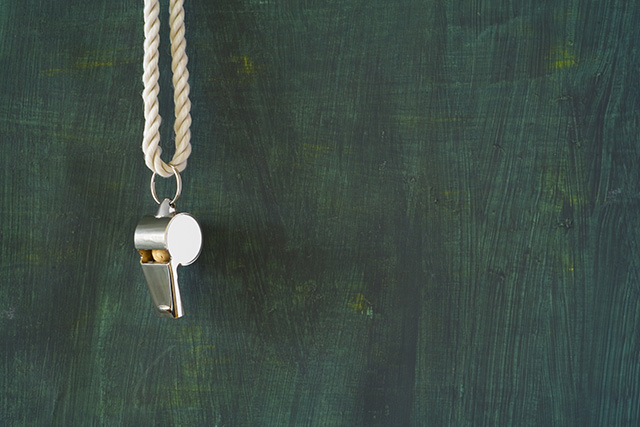 On September 8, the EU General Court handed down its judgment in appeal proceedings brought by Danish innovator Lundbeck and a number of generic companies against a 2013 European Commission decision that imposed fines of €146 million ($164 million) on the appellants.

Lundbeck had entered into agreement with each of the generics to settle patent disputes. The agreements provided for a delay of market entry of generic citalopram in return for substantial payments made by Lundbeck. The court fully upheld the commission’s decision that the agreements violated article 101(1) of the Treaty on the Functioning of the European Union (TFEU).

After years of investigations and proceedings, the commission concluded in 2013 that the appellants (Lundbeck and the generics) were at least potential competitors because the generics had “real concrete possibilities of entering the market”. Moreover, it was because of the significant value transfer from Lundbeck that the generics substantially reduced their incentive to enter this market. The protection afforded by the agreements could not have been obtained through enforcement of Lundbeck’s (remaining) process patents.

"According to the General Court, the agreements were comparable to market exclusion deals, which are among the most serious restrictions of competition."

The commission concluded that the agreements were market-sharing deals that violate competition “by object”, ie, they were by their very nature anti-competitive. The commission held that the deals did not resolve or terminate any patent dispute, but rather the companies agreed on a period of time during which the generics would refrain from entering the market in exchange for a significant payment made by Lundbeck.

Lundbeck and the generics appealed, but the General Court dismissed the appeals and confirmed the fines imposed by the commission. The 579-page decision reveals certain notable issues.

The General Court accepted the legal test set out in the commission’s decision—that the deals would constitute a violation of article 101 of the TFEU because (1) the innovator and generic were at least potential competitors, (2) the generics had agreed to limit their independent efforts to enter the market, and (3) there was a transfer of value from the innovator to the generics which substantially reduced the incentive of the generics to enter the market.

The General Court confirmed the commission’s view that Lundbeck and the generics were potential competitors at the time when the agreements were executed since, without these agreements, the generics would have had “real concrete possibilities of entering the market”. In this respect, the court fully accepted the evidence on which the commission based its conclusions, such as investments made, steps taken by the generics to obtain a market authorisation, and supply contracts concluded with suppliers.

Moreover, the General Court accepted the commission’s view that the fact that Lundbeck had paid significant amounts to keep the generics off the market indicated that the generics were perceived by Lundbeck as a potential threat, ie, potential competitors. In this respect, the commission had taken into account documents that showed the parties’ views on the strength of Lundbeck’s patents.

This term is used to describe a restriction which by its very nature reveals such a degree of harm to competition that there is no need to examine whether it actually has an anti-competitive effect. Lundbeck had argued that the commission had not presented enough evidence (such as economic analysis or prior case law) that allowed characterising the restriction of competition “by object”.

However, the General Court disagreed with Lundbeck. Even though the commission had not considered this type of agreement to violate competition law in the past, it would not prevent it from doing so in the future. According to the court, the deals transformed the uncertainty over whether Lundbeck’s patents would have enabled Lundbeck to block the generics from entering the citalopram market into the certainty that they would not enter. This would be accomplished through significant reverse payments, not on the basis of the parties’ assessments on the merits of the Lundbeck patents.

According to the General Court, the agreements were comparable to market exclusion deals, which are among the most serious restrictions of competition—and therefore characterised the restrictions as anti-competitive “by object”. The court held that “the very existence of reverse payments and the disproportionate nature of those payments were relevant factors in establishing whether the agreements at issue constituted restrictions of competition ‘by object’ for the purpose of article 101 TFEU in that, by those payments, the originator undertaking provided an incentive to the generic undertakings not to continue their independent efforts to enter the market”.

According to the court, Lundbeck had not shown that the restrictions set out in the agreements (ie, the delayed market entry) were “objectively necessary” in order to protect its IP rights. The court pointed out that Lundbeck could have brought infringement actions against the generics. Indeed, the evidence on file revealed that the generics had already taken efforts to prepare for their market entry and that they did not intend to refrain from those efforts on account of Lundbeck’s patents. Even though there was, as noted above, uncertainty over whether the generics’ products would have been declared infringing, they had a real chance of succeeding in the event of litigation. The generics were confident of their chances of being able to enter the market within a sufficiently short period of time.

The General Court repeatedly stressed that the generics had “real concrete possibilities of entering the market” at the time the agreements were executed.

The court clearly realised that the commission did not find all patent settlement agreements that contained some kind of reverse payment to violate article 101(1) of the TFEU. The General Court rightly understood the commission to conclude that the Lundbeck agreements restricted competition, which was shown by disproportionate payments in combination with several other factors (such as the amounts seemingly corresponding to the profit expected by the generics if they had entered the market, the absence of provisions that would allow the generics to bring their products onto the market when the agreements expired without fearing infringement actions brought by Lundbeck, and the presence of restrictions going beyond the scope of Lundbeck’s patents).

The judgment is remarkable and has received a lot of attention. Given the significant fines imposed by the commission and the impact on other pay-for-delay agreements, it would be no surprise to see appeals to the EU’s top court, the Court of Justice of the European Union.

Ever since the commission’s inquiry into the pharmaceutical sector in 2008/2009, it has been monitoring patent settlements to identify those that may be problematic from a competition perspective. In 2013, the commission fined Johnson & Johnson (J&J) and Novartis €16.3 million after Novartis had agreed to delay market entry of the generic version of J&J’s phentanyl. In 2014, it imposed a fine of €427.7 million on Servier and various generics for agreements that protected Servier’s perindopril from price competition. The Servier case is pending at the General Court.

Given the significant fines imposed, as well as the significant markets at stake, it should probably be expected that the General Court’s decision in Lundbeck is not the final chapter in this issue. In the meantime, the commission may be encouraged by the Lundbeck decision to pursue other pay-for-delay-cases.

Bernd Allekotte is a litigator and partner at Grünecker, Munich. He focuses on patents and antitrust issues. He has handled numerous patent infringement suits, mainly in the life sciences area, and advises on settlement and licence agreements. He can be contacted at: allekotte@grunecker.de

Franz Zimmer is a patent attorney and partner at Grünecker, Munich. He focuses on prosecution of life sciences patents and is often involved in patent infringement suits. He can be contacted at: zimmer@grunecker.de