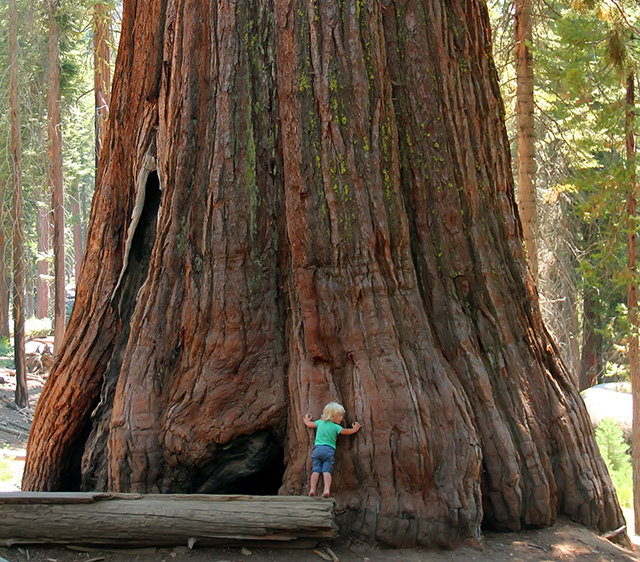 It is 30 years since the European Patent Office (EPO) endorsed the practice of claiming new medical uses of known agents in the ‘Swiss-type’ claim format, namely “use of substance X in the preparation of a medicament/pharmaceutical composition for treating indication Y”. During that time, however, surprisingly little guidance on the scope and infringement of such claims has been forthcoming from the case law of the national courts in Europe—until now.

Like the proverbial buses all arriving at once, the English courts have issued no fewer than five separate decisions during 2015 on various aspects of infringement, available relief and validity in relation to Swiss-type patent claims. All five decisions relate to aspects of the same dispute: Warner-Lambert v Actavis & others.

The dispute concerns the drug pregabalin, which is marketed by Warner-Lambert under the trademark Lyrica for three indications: epilepsy, generalised anxiety disorder (GAD) and neuropathic pain. Patent protection for the active compound per se expired in May 2013 but Warner-Lambert also holds a second medical use patent (EP 0934061B) with Swiss-type claims directed to the “use of pregabalin and pharmaceutically acceptable salts thereof in
the manufacture of a pharmaceutical composition for treating pain” (but without any equivalent claims covering the treatment of epilepsy or GAD).

The lead defendant, generic drug manufacturer Actavis, obtained marketing approval for generic pregabalin for treating epilepsy and GAD, ie, the indications not covered by the claims of Warner-Lambert’s second medical use patent. Upon issuance of the marketing approval, Actavis launched the generic product (under the trademark Lecaent) with a so-called skinny label referring only to the non-infringing indications, ie, epilepsy and GAD.

Understandably, Warner-Lambert feared that doctors would prescribe pregabalin for the treatment of pain (ie, without specifying a brand), and the pharmacist would dispense Actavis’s Lecaent product without realising that the use of pregabalin to treat pain was still the subject of Warner-Lambert’s patent protection.

Warner-Lambert initially sought an interim injunction to impose obligations on Actavis to ensure that its Lecaent product was not prescribed for the treatment of pain. At first instance, Mr Justice Arnold refused to grant such an injunction on the basis that Warner-Lambert had not shown that a serious issue needed to be tried concerning direct infringement of the patent. Arnold also struck out Warner-Lambert’s claim of indirect infringement under section 60(2) of the Patents Act. Central to these decisions was the judge’s finding that the word ‘for’ in Swiss-type claims means ‘suitable and intended for’ and that the relevant intention was that of Actavis, as the manufacturer of the medicine.

In a somewhat unexpected judgment, in May the English Court of Appeal overruled key aspects of Arnold’s decisions at first instance. In particular, the court dismissed the notion that infringement of Swiss-type claims required subjective intent on the part of the generic manufacturer to use the medicine for the patented indication. Rather, the appeal judges held that the relevant question to be considered was whether the manufacturer knows, or it is reasonably foreseeable, that the drug will intentionally be used for the patented invention (in this case, pain). Crucially, this does not require the manufacturer to have any specific intention to use the invention itself; instead, it is the knowledge or reasonable foreseeability of the end user’s intention that is decisive.

On this basis, the appeal judges found Warner-Lambert to have an arguable case of both direct and indirect infringement.

Subsequently, a full trial of the facts took place before Arnold, whose epic (727-paragraph) decision was published on September 10. Although the judge held that the Court of Appeal’s interpretation of the word ‘for’ in Swiss-type claims was merely obiter and so not binding, he found it “highly persuasive” and so chose to follow this aspect of the appeal decision.

In the full trial decision, Arnold found that Actavis had not infringed the patent. In relation to direct infringement, the judge accepted (following forensic analysis of all the relevant facts and evidence) that Actavis did not intend its generic product Lecaent to be prescribed for the treatment of pain and held that Actavis had taken all reasonable measures to minimise the risk of this occurring (including writing to superintendent pharmacists advising them that Lecaent was not licensed for the treatment of pain).

He also highlighted recent changes in the software packages used by GP practices within the UK, which had been updated to provide warnings of the existence of patent rights when pregabalin is prescribed for the treatment of pain. As a consequence, Arnold was persuaded that “it is reasonable to expect that, if it has not already happened by now, in the fairly near future most prescriptions for pregabalin for pain will be written by reference to the brand Lyrica” (despite its being common ground between the parties that at least 70% of all prescriptions for pregabalin are for treating pain and yet only 30% of pregabalin prescriptions are for Warner-Lambert’s branded Lyrica product).

"The Warner-Lambert series of decisions provides some much-needed guidance on the construction and infringement of Swiss-type claims."

In any event, Arnold also found the patent to be invalid for a lack of sufficiency on the basis that the specification made the use of pregabalin for treating pain plausible only to the extent that the indication is inflammatory pain and peripheral neuropathic pain. According to the judge, there existed no unifying principle to support the plausibility of efficacy in the treatment of other pain indications, such as central neuropathic pain.

Impact of the decisions

The decision in May by the Court of Appeal is potentially of considerable significance to the pharma and biotech industries. It would appear to represent a strengthening (in the UK, at least) of the rights conferred by Swiss-type second medical use claims. No longer does it seem necessary for a finding of patent infringement that the manufacturer of a generic medicine intends the product to be used for the patented indication (for example, as shown by labelling the product for use in treating that indication).

Instead, to succeed in an infringement action the patentee must show that the manufacturer knew, or at least that it was reasonably foreseeable, that the generic medicine would be used for the patented indication (which will inevitably depend on the particular facts of each case).

The recent full trial decision provides initial guidance on how this ‘reasonable foreseeability’ standard may be applied and on what action a generic manufacturer may need to take to safeguard against being held to infringe Swiss-type claims. Whether other judges will look on the activities of generic manufacturers as favourably as Arnold remains to be seen.

Of course, it also remains to be determined the extent to which the ‘reasonable foreseeability’ test for infringement is followed by national courts in other European jurisdictions.

Finally, it is worth noting that in Europe at least second medical use inventions must now be protected using the purpose-limited product claim format established by the European Patent Convention 2000 reforms (“product X for use in treating indication Y”). The EPO’s boards of appeal have already held that such claims have a different scope from that of Swiss-type claims (see decision T 1780/12), a fact implicitly acknowledged in the present dispute by the judge at first instance. It remains to be seen whether the ‘reasonable foreseeability’ test put forward by the appeals court in Warner-Lambert (and subsequently applied in the full trial decision) is also applicable to infringement of such claims, although this would seem likely to be the case at least in relation to direct infringement.

In summary, the Warner-Lambert series of decisions provides some much-needed guidance on the construction and infringement of Swiss-type claims. Such clarification on the scope and enforceability of second medical use patent rights will hopefully encourage investment and research in new medicine, especially in the fast-developing area of personalised/precision/stratified medicines, where novelty is typically conferred by virtue of treating a known indication but in a new patient subgroup (for example, defined by a specific genotype).

The recent full trial decision sets a precedent for the evidence needed to establish reasonable foreseeability on the part of the generic manufacturer and the steps that must be taken by such manufacturers to protect themselves against liability in relation to the actions of downstream parties, such as healthcare bodies, pharmacists and doctors. The decision also highlights the importance of including evidence of efficacy when drafting patent applications for second medical use inventions.

It seems inevitable, however, that this latest decision by Arnold will be the subject of a further appeal, so the story is probably far from over.

Steve Smith is a partner at Potter Clarkson. He advises clients on protecting and commercialising biotechnology inventions, with particular expertise in therapeutic/diagnostic antibodies and disease biomarkers. Smith has extensive experience of patent prosecution at the European Patent Office. He can be contacted at: steve.smith@potterclarkson.com