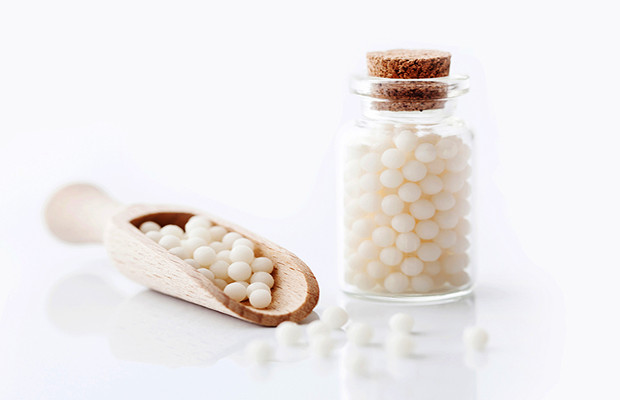 EPO case law suggests that inventions covering homeopathic medicines do not have to meet a higher bar of patentability than conventional medicaments, but it still must be shown that the claimed products lead to the alleged therapeutic effect. André Guder of Uexküll & Stolberg reports.

Little case law is available which could shed light on the position of the European Patent Office (EPO) on patentability of homeopathic medicaments. In particular, it has been questionable whether the requirements of sufficiency of disclosure laid down in article 83 of the European Patent Convention (EPC) can be regarded as fulfilled if the invention relates to a homeopathic compound that is administered in dilutions which go beyond the Avogadro level, ie, dilutions which statistically do not contain a single molecule of the potentially active compound.

Article 83 EPC requires that a European patent application has to disclose the claimed invention in a manner sufficiently clear and complete for it to be carried out by a person skilled in the art without undue burden. According to established case law, for claims relating to medical uses, this means that the skilled person must be able to: (i) produce the therapeutically active compound; and (ii) achieve the therapeutic effect in a reliable and reproducible manner. In other words, a patent application relating to the medical use of a compound has to disclose the suitability of the product for attaining the claimed therapeutic effect.

Whether an application meets these requirements is decided by the EPO on the circumstances of each individual case. The boards of appeal have indicated that for a sufficient disclosure of the therapeutic application of a pharmaceutically active compound, it is not always necessary that results from clinical trials or animal models are available (see T 609/02). In fact, any kind of data which clearly reflects a link between the active compound and the therapeutic effect is in principle acceptable.

It might, however, be complicated to demonstrate such a link for homeopathic compounds. According to the homeopathic theory, compounds which are administered in diluted form are associated with a higher potency and a stronger healing effect than an undiluted solution of the same compound.

Although C12 and higher dilutions cannot be distinguished from the pure diluent, homeopaths nevertheless consider them highly active due to a ‘transfer of information’ from the homeopathic compound to the diluent in each successive dilution step. Accordingly, homeopathy postulates that a therapeutic effect can be achieved even though no tangible molecules of a potentially active compound are contained in the medicament to be administered to the patient.

Given that such a postulate appears to be in conflict with the principles of conventional medicine, it would have been possible for the EPO to consider the presence of the potentially active compound in the medicament to be a prerequisite for complying with article 83 EPC. In practice, this would have excluded from patentability homeopathic medicaments which are used in dilutions of C12 or higher.

However, in decision T 1273/09, which is one of the very few rulings dealing with homeopathy, the appeal board did not request evidence that molecules of the active compound were administered to the patient. Instead, the board explained that an application which seeks to claim a medical treatment, either homeopathic or conventional, must provide suitable evidence showing that the treatment as such is effective. As article 83 EPC has to be satisfied at the effective date of the patent application, such evidence must be provided in the application itself, unless it is already derivable from the prior art.

With respect to the nature of evidence, the board explained that the quality and quantity of the evidence that has to be presented in view of sufficiency of disclosure has to be balanced against the factual circumstances of the individual case. So, if the invention pertains to a treatment which is based on an established concept, the level of evidence that needs to be provided in order to satisfy article 83 EPC is lower compared to cases where the treatment is conceptually new
or goes against established theories.

Although the board came to the conclusion that in the case underlying T 1273/09 there were serious doubts that the claimed teaching can be effective and, as a consequence, a high level of evidence was required to comply with article 83 EPC, this conclusion was apparently not based on reservations against homeopathic medicine. Rather, it was the mixture of aspects from conventional medicine on the one hand and homeopathic medicine on the other that made it unlikely that the claimed therapeutic effect could be achieved.

In the case to be decided, the applicant sought protection for a “... mixture of homeopathic dilutions C12 + C30 + C200 of polyclonal rabbit antibodies against the C-terminal fragment of the angiotensin II receptor for use in treating hypertension”. The angiotensin II receptor was known at the priority date to mediate certain effects involved in the regulation of blood pressure, and antibodies against this receptor had already been used in conventional treatments of hypertension by the priority date.

On the other hand, the invention suggested using the antibodies in homeopathic dilutions, which made the presence of tangible antibody molecules in the claimed composition unlikely. The board pointed out that it is not plausible that such a ‘chimeric’ treatment approach could work, since it was in agreement with neither the principles of conventional medicine nor the homeopathic concept.

First, from the perspective of conventional medicine, it was regarded unlikely that a medicament which does not include any antibody molecules can be effective. Second, the treatment of hypertension with antibodies against the angiotensin II receptor was found not to follow the homeopathic principle of treating ‘similar with similar’ which makes a successful treatment also unlikely from the perspective of homeopathic medicine. As a result, a high level of evidence was requested, and the experimental results presented in the application were not considered sufficient, due inter alia to the lack of negative controls in the study.

One might indirectly conclude from the statements of the appeal board that despite the existing controversy over homeopathic medicine, inventions relating to homeopathic medicaments are apparently not regarded by the EPO as going against prevailing opinions or against natural laws. Accordingly, they do not have to meet higher standards in view of article 83 EPC than inventions relating to conventional treatments.

It will nevertheless be required to demonstrate that the claimed therapeutic effect is indeed achieved. Accordingly, it is highly advisable to include conclusive experimental evidence into the application which demonstrates that, in accordance with accepted scientific standards, a claimed homeopathic treatment leads to the alleged therapeutic effect. It is this that appears to touch on one of the basic problems of homeopathic medicine.

André Guder is a patent attorney at Uexküll & Stolberg. He works in the biotechnology team in the firm’s Hamburg office. Guder is active in the areas of patent law in biology, biotechnology and pharmacology, including prosecution, opposition and opposition appeal proceedings before the DPMA and EPO. He can be contacted at: guder@uex.de