Right drug for the right patient 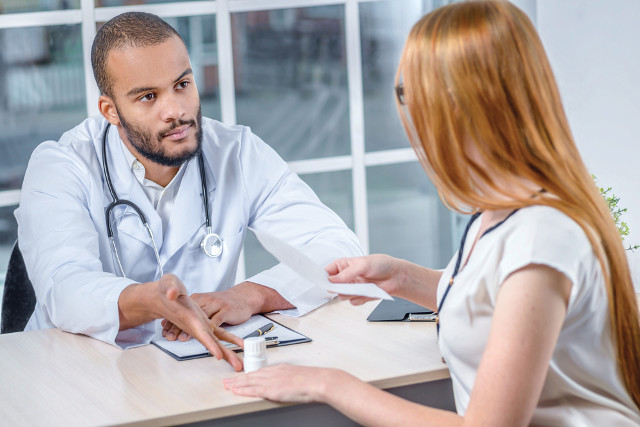 The question of whether using a known drug for treating a known disease, but in a distinct sub-population of patients, can constitute a patentable new invention is key to the development of personalised medicine, says Stephen Smith of Potter Clarkson.

It is estimated that 30% of treatments in late-stage clinical development rely upon biomarker data and that perhaps as many as 70% of all treatments currently in development have an associated companion diagnostic test. Turn on the television and you may even see an advertisement from companies such as 23andMe offering a kit to provide genotype information on different health conditions and traits for little more than £125 (it costs $99 in the US).

There seems no doubt that the age of personalised medicine (or stratified or precision medicine, as it is called by some) is here and is likely to have a huge impact on healthcare in the decades ahead.

In the UK, the Precision Medicine Catapult was set up in April by the government to help establish the country as a leading centre for personalised medicines development. In 2012, Genomics England set itself the ambitious target of sequencing 100,000 whole human genomes by 2017. US President Barack Obama is an active supporter, announcing in his State of the Union address in January 2015 that the new US Precision Medicine Initiative is backed by more than $200 million in funding.

An important driver in the growth of personalised medicines has been the rapid technological advances made in the field of DNA sequencing. Back in 2003, the first human genome had taken more than 13 years to sequence at an estimated cost of $1 billion. Today, the latest next-generation sequencing machines can sequence an entire human genome in a few hours at a cost of less than $1,000. To put that astonishing rate of progress into context, if Henry Ford’s Model T motor car had evolved at the same rate after its initial launch in 1908, then by the mid-1920s it would have been capable of travelling at Mach 18 and would have cost less than $3.

As is often the case, advances in technology lead to some challenging questions for those operating in the intellectual property arena. Just as patent law has had to evolve to accommodate advances in stem cell technology, so too must it now evolve to take into account the development of personalised medicines.

The mission statement for personalised medicine is to provide the right patient with the right drug at the right dose at the right time. In order to tailor a medical treatment to the individual characteristics of each patient, we need to stratify patients to a far greater extent than has previously been attempted. For example, patient sub-populations may be defined based on the presence of a point mutation, or a repeat or translocation within a relevant gene. Alternatively, patient sub-populations may be defined based on the expression of one or more biomarker proteins on cells of interest, such as tumour cells.

One can immediately see how patient stratification into such sub-populations raises questions in terms of novelty under article 54 of the European Patent Convention (EPC). In particular, when identifying the ‘right’ patient one must consider whether the use of a known drug for treating a known disease but in a distinct sub-population of patients can constitute a patentable new invention.

Article 54(5) EPC states that known drugs may be patented for any “specific” medical use, provided that the use is novel and non-obvious. But does the treatment of a genotypically or phenotypically defined sub-population of patients constitute such a new specific use? The case law of the technical boards of appeal of the European Patent Office (EPO) provides some useful guidance.

In terms of patient sub-populations, one can envisage at least three different scenarios.

First, the ‘new’ sub-population may represent an entirely distinct group of patients from those previously treated (ie, there is no overlap with the prior art patient group). The boards of appeal have consistently recognised the novelty of such sub-populations. In decision T 19/86, novelty was recognised in giving a known vaccine against Aujeszky’s disease to seropositive pigs on the basis that this sub-population was immunologically distinct from the seronegative pigs for which the vaccine had previously been used.

The board reasoned that a therapeutic application was fully defined only if the disease and the subject to be treated were both identified. In Decision T 893/90, the board found the use of a composition comprising Factor Xa to control bleeding in non-haemophilic mammals to be novel over a prior art disclosure of the same composition to control bleeding in haemophilic subjects.

“The board found the claims novel on the basis that patients who fail to respond to aromatase inhibitors must be physiologically and/or pathologically distinct in some respect.”

In Decision T 233/96, the board confirmed that novelty of a medical use could be established on the basis of a sub-population of patients, provided that the subjects to be treated are distinguished by their physiological or pathological status and did not overlap with the prior art population.

A second scenario arises where the ‘new’ sub-population of patients partially overlaps with the prior art patient population. Here, too, the boards of appeal appear willing to recognise novelty on the basis of the sub-population to be treated. Decision T 734/12 concerns the use of a known antibody (rituximab) to treat rheumatoid arthritis in patients who have experienced an inadequate response to a TNFα inhibitor.

The board found that this sub-population of patients was novel over a prior art disclosure of the same antibody to treat rheumatoid arthritis in a study of 31 methotrexate-refractory patients, despite its being acknowledged that a significant proportion of the latter group was also likely to be inherently unresponsive to TNFα inhibitors.

Novelty of an overlapping patient sub-population was similarly recognised in decision T 1399/04. Here, the invention concerned the use of a known combination therapy (ribavirin plus IFNα) to treat chronic hepatitis C infection in a sub-group of patients defined as having an HCV type 1 infection and a viral load of at least two million copies/ml of serum.

A prior art document disclosed use of the same combination therapy to treat hepatitis C infection but failed to identify the virus sub-type or viral load. The board found the defined sub-population to confer novelty despite the appellant’s inherency argument that at least 50% of all HCV infections are of type 1 and are associated with high viral loads.

In a third possible scenario, the ‘new’ sub-population of patients falls entirely within the prior art patient population. This was the factual background in decision T 109/09, where the invention concerned the use of a known drug (fulvestrant) in the treatment of breast cancer in patients who had previously failed to respond to treatment with an aromatase inhibitor and tamoxifen. The prior art disclosed the use of fulvestrant as a second-line therapy for breast cancer when tamoxifen had failed, but made no mention of responsiveness to aromatase inhibitors.

Despite the patient sub-population in the claims (breast cancer patients who fail to respond to both an aromatase inhibitor and tamoxifen) falling entirely within this prior art patient group, the board nevertheless found the claims novel on the basis that patients who fail to respond to aromatase inhibitors must be physiologically and/or pathologically distinct in some respect (with reference to T 233/96).

In summary, the EPO is generally receptive to patenting personalised medicines based on the use of a known drug to treat a known disease in a distinct patient sub-population, even when that sub-population overlaps with the prior art patient group. Critical to securing allowance and grant of such cases is the need to define clearly the sub-population of patients to be treated and to provide evidence that the treatment is efficacious in such patients.

Neither of these requirements should ordinarily impose a substantial hurdle for personalised medicines based on the identification of a genotypically or phenotypically defined patient sub-population in which a known drug is preferentially beneficial.

Of course, obtaining a patent for a personalised medicine is only one aspect of the commercial story; equally, if not more, important is the question of whether such patents can effectively protect the invention from infringement by competitors. In this respect, careful drafting of the claims is essential in order to maximise the chances of success, especially where a drug treatment is claimed in combination with a companion diagnostic and these aspects may be carried out by different parties (potentially even in different territories).

Another issue to consider is whether a generic drug company would be able to avoid infringement by marketing the same drug for treatment of the same disease but without specifying the patient sub-population on the label (ie, by ‘skinny’ labelling). Here, a decision in May 2015 by the English Court of Appeal in Warner-Lambert v Actavis seems to strengthen a patentee’s position.

In conclusion, Europe provides excellent opportunities for companies seeking to develop and commercialise personalised medicines. This is especially welcome news given the challenges currently faced in the US, where the Supreme Court’s decisions in Mayo and Myriad on patentable subject matter, together with the associated US Patent and Trademark Office’s interim guidelines, threaten to hinder investment in research that may one day allow us to achieve the worthy goal of treating the right patient with the right drug at the right dose at the right time.

Stephen Smith is a partner at Potter Clarkson. He can be contacted at: steve.smith@potterclarkson.com