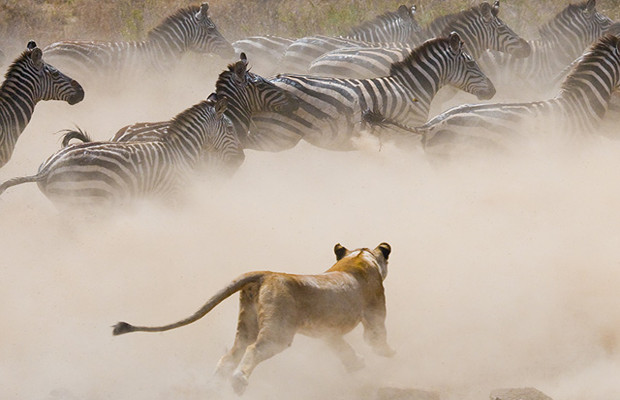 There is some debate among Russian legal professionals about whether “selection inventions” are considered patentable, but the answer seems clear, says Valery Djermakian of Gorodissky & Partners.

The concept of “selection invention”, which in some jurisdictions defines a certain special kind of invention, does not exist in Russian patent legislation, but there is an opinion that it may refer to an independent type of invention. This opinion is based on the term appearing for the first time (1991) in the Russian regulations for preparing, filing and prosecuting applications for inventions:

“The inventive step condition is deemed to be fulfilled, in particular for a chemical compound that falls within the scope of the general formula of a group of known compounds, where the said compound is not described as specially prepared and studied and if the compound exhibits new qualitative and quantitative properties unknown for the group of known compounds (selection invention).”

That conclusion is completely erroneous because a selection invention is not a concept defining some new type of a chemical invention, but is merely a formal definition of inventions created by a scientific method of selection, the purpose of which is producing new subject matters selected from similar subject matters but with unexpected new and preferable properties.

Otherwise, one can just as well consider inventions referred to as “pioneering”, “complex” or “combinatorial libraries” as separate inventions but which no-one ever considers to be a separate type of invention that requires its own highly specific methodological approach in the patentability assessment.

The second mistaken belief is the interpretation of selection invention as a compound that is already known and selected from a number of previously patented alternative chemical compounds united by the group named Markush structures, but which exhibits properties not previously known for these alternatives of the known compounds.

Therefore, the erroneous belief is created and shared among various Russian patent attorneys, for example that a selection invention cannot meet the patentability condition of novelty. However, when identifying (determining) a new property, this will be sufficient for the recognition of the patentability of such an invention by Rospatent.

This view has nothing to do with reality, and the novelty assessment of a particular chemical compound for the totality of characteristic features (structure, specific substituents in certain positions, and the relative position of the groups and atoms in the molecule) always precedes the consideration of the new property of the particular compound. The property, which relates to the technical result, is associated with, but is not the only and self-sufficient condition for, the recognition of patentability.

A particular (individual) chemical compound considered in a new application, even if it is encompassed by a common generic group of chemical compounds, nevertheless must be a particular embodiment that has not previously been disclosed in the prior art, ie, it is unknown. In practice, there are no known cases in which Rospatent or a court has recognised an invention to be patentable only because it qualified as a selection invention. “Selectivity” is not a patentability condition for an invention that is accepted in the legislation.

To illustrate this point, we can look at the decision of the Moscow Arbitration Court, dated May 24, 2005, in the case A40-63727/04-67-646. It dealt with a lawsuit to invalidate the Chamber of Patent Disputes’ (CPD) decision to dismiss an opposition against the grant of Eurasian patent number EA 002386, for the invention “Polymorphic form of clopidogrel hydrogen sulfate”.

The CPD established that the opposed patent was granted for a new invention that qualified as a selection invention with an inventive step. The invention complied with the patentability condition of “inventive step”, rather than being recognised under the “selectivity” doctrine as such.

"There are no known cases in which Rospatent or a court has recognised an invention to be patentable only because it qualified as a selection invention."

In the patentability assessment, it was explicitly noted that: “In the decision of the CPD it is legitimately stated that the specific feature of the opposed invention according to claims 1 to 6 is that the described compound is patented as a crystalline polymorph with a specific powder X-ray diffraction pattern and infrared spectrum with certain characteristic peaks in powder X-ray diffraction pattern, a specific characteristic absorption in the infrared spectrum, and a definite melting point.”

It added: “All of these characteristics enabling the identification of said crystalline modification—clopidogrel hydrogen sulfate—are absent in the description of US patent 4,847,265 cited against the opposed invention.

“Thus, the applicant’s argument that the decision comprises the comparison of the properties of crystal modification of clopidogrel hydrogen sulfate with the properties of the substance of US patent 4,847,265 is groundless.”

The content of the last paragraph is particularly important because it emphasises that the comparison of the two compounds was not carried out based on the properties exhibited by them. The evaluation was carried out on the basis of the features which characterise and identify the crystal structure of the chemical compounds.

Further, the decision of the court stated: “The crystalline polymorph of clopidogrel hydrogen sulfate, as described in the invention of the opposed patent, has a greater stability and does not transfer spontaneously to any other polymorph. Powder obtained from said polymorph has the physical and chemical properties, such as a high density and a low electrostaticity and solubility, which makes it easy to expose it to any processing under the pharmaceutical technology conditions.

“Since all of the characteristics that identify this particular crystalline form are absent in the cited US patent, there is no reason to consider that the present invention does not meet the patentability condition of ‘novelty’.”

The court added that due to the description of the US patent disclosing the group of compounds with the general formula, according to claims 1 to 6 of the opposed patent, the Eurasian invention was qualified by the CPD as a selection invention in relation to the US patent. This is because it relates to an individual compound falling within the general formula of the known group of compounds, whereas the US patent fails to describe the claimed crystalline polymorph as specially produced and studied.

As a result, the court dismissed the request to invalidate the CPD’s decision and the patent remains in force.

Valery Djermakian is a counsel at Gorodissky & Partners. He has experience as a patent examiner in Rospatent and a research engineer in the textile industry. He has worked at the firm since 2005 and analyses cases considered by the Chamber of Patent Disputes. He can be contacted at: pat@gorodissky.ru