SPCs: The semantics of protection 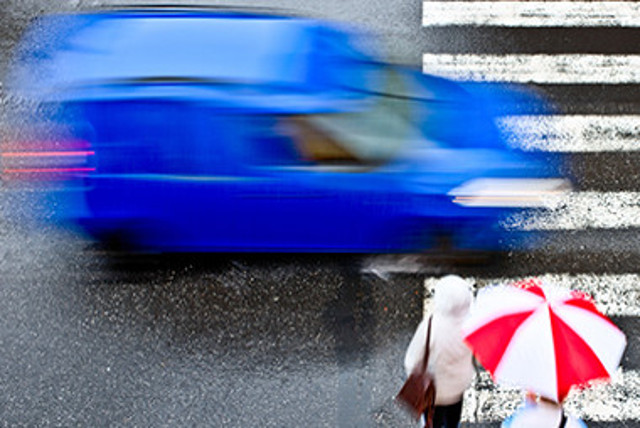 Despite the SPC Regulation having been in existence for decades, applicants are still left to navigate uncertain waters on issues of fundamental importance when it comes to ‘combination’ therapies, as Michael Pears of Potter Clarkson reports.

Combination therapies (those containing multiple active ingredients) are becoming increasingly prevalent due to factors such as public health policy, improved therapeutic effects of combining drugs, and the need to reduce the pill burden on patients.

Given the huge investment in combination products, it is no surprise that companies are looking to preserve their proprietary position by obtaining supplementary protection certificates (SPCs).

SPCs are national rights in Europe that extend patent protection for medicinal and plant protection products. Their aim is to compensate patentees for the years of a patent term that is lost during the lengthy regulatory approval processes that are necessary to get such products to market.

An important facet of SPCs is that they are governed by EU legislation, so whenever national courts are unclear on how the law is to be interpreted, clarification may be sought by referring questions to the Court of Justice of the European Union (CJEU).

The notion of protection is set out in article 3(a) of the SPC Regulation 469/2009, which stipulates that the “product” (ie, an active ingredient or combination of active ingredients) must be “protected by a basic patent in force”. But, despite its fundamental importance, it remains unclear what this provision actually means.

The CJEU’s latest guidance comes from the Eli Lilly v HGS (C-493/12) case originating from the English High Court. The issue here was whether Eli Lilly’s antibody to neutrokine-alpha (tabalumab) was protected by a claim directed to an antibody functionally defined by reference to its binding to neutrokine-alpha. Did this satisfy the protection test, or was a structural definition required?

This made it clear that functional definitions of products can suffice, but the almost incomprehensible proviso still left the high court with the unenviable task of trying to resolve the parties’ dispute. Nevertheless, Justice Nicholas Warren interpreted the ruling in the context of past CJEU decisions in order to make sense of the CJEU’s position on article 3(a).

Subject to one proviso, Warren concluded that by “specified” or “identified”, the CJEU intended only that: “if the product falls within the claims, it will be protected within article 3(a).”

The proviso was explained as follows:

“The proviso relates to products which are combinations of active ingredients and is necessary to reflect the Medeva approach where the claims contain some general word or words extending their extent beyond the principal scope of the claims, typically by the use of a word such as ‘comprises’.

"FUNCTIONAL DEFINITIONS OF PRODUCTS CAN SUFFICE, BUT THE ALMOST INCOMPREHENSIBLE PROVISO STILL LEFT THE HIGH COURT WITH THE UNENVIABLE TASK OF TRYING TO RESOLVE THE PARTIES’ DISPUTE."

Further, Warren believed that the language “relate, implicitly but necessarily and specifically, to” was just another way of saying “specified [or identified] in the wording of the claims”.

Applying Warren’s test to combination products, it has essentially two arms. First, one asks whether the product falls within the claims which, Warren says, requires one to ascertain the extent of the invention as interpreted by article 69 of the European Patent Convention and/or the corresponding national provision.

Second, one determines whether the product represents the “focus” of the claims or if the product merely falls within the claims by the use of general wording.

For a claim that explicitly names active ingredients A and B, it is clear that both arms of Warren’s test are satisfied. The product ‘A + B’ falls within the extent of protection of the claims, and plainly constitutes the focus of the claims. Similarly, for a claim directed to a medicament comprising A, it is clear that although the first arm of the test is met, the use of the general wording “comprising” is insufficient to render the product ‘A + B’ the focus of the claims. The question then becomes how general is “general wording”?

"ANOTHER ISSUE TO CONSIDER WHEN FILING SPCS FOR COMBINATION PRODUCTS IS THE EFFECT OF EXISTING SPCS FOR CONSTITUENT ACTIVE INGREDIENT(S)."

The most likely interpretation of Warren’s test is that provided that there is at least some integer definition (either structural or functional) in the claim that covers each and every active ingredient in the combination product, both arms of the test would be satisfied. On this interpretation, it seems that Warren is equating “general words” only with terms such as “comprises”, and not with wording that may define a particular active ingredient in a general sense (eg, an anticancer drug or a Markush formula that includes a particular drug).

However, Warren also rules out the possibility of the language “comprises A together with some other active ingredient” as protecting the product ‘A + B’. Therefore, it appears that something more specific than “some other active ingredient” is required. How much more is unclear, though. Warren explicitly states in paragraph 74 that “there is no foundation for adopting any particular definition as sufficient and, certainly, the court gives no guidance at all about that”.

Therefore, perhaps Warren believes that all that is required is the presence of a structural or functional definition (provided that it is more specific than just “active ingredient”) that encompasses each and every active ingredient of the combination. For example, wording such as an “anticancer drug” may, after all, suffice.

It will likely require a further CJEU reference to understand how the notion of protection should be assessed. However, at least for now we may have a more straightforward test for determining the protection of combination products.

This issue came before the CJEU, most recently in Actavis v Boehringer (C-577/13) where it was asked whether an SPC granted for the active ingredient A (telmisartan) precluded the grant of a second SPC to A plus another active ingredient, B (hydrochlorothiazide [HCTZ]) and whether, in determining if it did, it was necessary to consider if the combination of A + B related to a distinct and separate invention from A.

The CJEU essentially reaffirmed the CJEU’s previous ruling in Actavis v Sanofi (C-443/12) where the facts were similar, deciding that it is not possible under article 3(c) to get an SPC for a combination of active ingredients, A + B, based on a marketing authorisation for A + B, when an SPC has already been granted for the active ingredient that was the sole subject matter of the invention—A—based on the same basic patent and a marketing authorisation for A.

However, we can expect further references on this point. For example, for a combination of active ingredients, A + B, to be considered the subject matter of “the invention”, is it sufficient for that combination to be specifically mentioned in the wording of the claims, or is something else required?

Recent decisions from the CJEU, and their interpretation by national courts, provide some clarity, but as we have come to expect with decisions on SPCs, they also raise many questions that leave lingering uncertainty.

Michael Pears is a patent attorney and a senior associate at law firm Potter Clarkson. He handles various biotechnological patent matters. He has experience in SPCs and has been involved in coordinating the prosecution of SPC portfolios throughout Europe. He can be contacted at: michael.pears@potterclarkson.com