Speeding up the fight against Zika 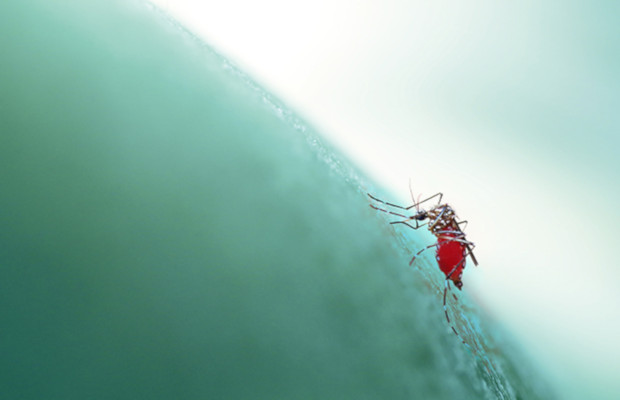 As is widely, and regrettably, known, the patent backlog is a problem that the Brazilian Patent and Trademark Office (INPI) has been facing for a long time.

According to statistics provided by the INPI, in 2016, the average time from the filing of a patent application until the grant was 10.65 years. However, in some fields of technology, such as pharmaceuticals, the average time for a patent to be granted was more than 13 years.

Several measures have been adopted by the INPI in an effort to reduce the backlog over the years.

These include Resolution No. 217 of May 8, 2018, which modifies former Resolution No. 80/2013 regarding the prioritisation of examination for patent applications covering pharmaceutical products and processes, as well as equipment and materials related to public health.

Resolution No. 80/2013 established two situations where a prioritisation request can be made.

In the first, the Ministry of Health may request prioritisation of examination for any patent application referring to products, processes, equipment or materials for healthcare related to public assistance policies and regarded to be strategic to the Unified Health System (SUS) in Brazil.

In the second one, applicants and third parties may request prioritisation of examination for patent applications related to diagnosis, prophylaxis and treatment of HIV, cancer and neglected diseases listed in the resolution, such as Chagas disease, malaria, tuberculosis, dengue, haemorrhagic dengue, leprosy (Hansen’s disease), leishmaniasis, echinococcosis, rabies, schistosomiasis and others.

According to the newly published Resolution No. 127/2018, in addition to patent applications related to diagnosis, prophylaxis and treatment of HIV, cancer and neglected diseases, patent applications related to rare diseases which, according to the World Health Organization (WHO), are those affecting up to 65 people per 100,000 individuals (1.3 people per 2,000 individuals) are now eligible for priority examination.

Another change brought by this new resolution is that already granted patents in both previously cited situations may benefit from priority examination at the second administrative instance.

Apart from the above, Resolution No. 217/2018 included two new diseases in the list of neglected diseases, namely, Chikungunya and Zika.

Dengue, Chikungunya and Zika are all diseases mainly transmitted by infected Aedes mosquitoes, which are present in many tropical countries, including Brazil, where environmental conditions facilitate the development and proliferation of the mosquitoes.

Dengue is a persistent urban disease that becomes more widespread in the rainy season, which normally lasts from January to May in Brazil.

"Already granted patents in both previously cited situations may benefit from priority examination at the second administrative instance."

Dengue has been endemic in Brazil since its resurgence in 1981, becoming a major public health challenge between 2011 and 2012.

Zika virus fever is described as a severe, self-limited febrile illness lasting three to seven days, usually without serious complications. However, there are reports of deaths and neurological damage, as well as cases of microcephaly (where the head is smaller than normal).

The main symptoms of Zika are similar to those of other arbovirus (any of a group of viruses which are transmitted by mosquitoes, ticks or other arthropods) infections, such as dengue, and include fever, rash, conjunctivitis, muscle and joint pains, discomfort, or headache.

Although the virus is mostly spread by mosquitoes, cases of transmission through sexual contact have been reported.

Furthermore, it was verified that a pregnant woman can transmit the Zika virus to her foetus during pregnancy, as this form of transmission is related to the occurrence of microcephaly and other serious brain defects of the foetus.

The first case of Zika reported in Brazil was in 2015 and the virus was quickly declared a national health emergency. The menace was at its height as Brazil prepared to host the 2016 Olympics, which caused great concern for the public, athletes, the organising committee and public health authorities.

The WHO lifted its own international emergency in November 2016.

Nowadays, although still a threat, Zika is seen as a potential weapon against hard-to-treat cancer in adult brains. Recent trials have demonstrated that Zika is capable of destroying solely the cancer-causing brain stem cells without causing much collateral damage.

Chikungunya is an infection caused by an arbovirus of the alphavirus genus in the family Togaviridae which, like Dengue and Zika, is transmitted to humans by female Aedes mosquitoes.

The symptoms of Chikungunya fever are characteristic of a virus. The initial symptoms are very high fever (above 39°C), severe pain in the joints of the feet and hands, fingers, ankles and wrists, headaches, muscle aches and red patches on the skin.

Those numbers justify the inclusion by the INPI of Zika and Chikungunya in the list of neglected diseases, according to Resolution No. 217/2018, for patent application expedited examination.

Currently, there are approximately 124 Aedes
aegypti-related patent applications pending at the INPI, 14 of which are specifically related to Zika and Chikungunya.

Resolution No. 217/2018 aligns the INPI to the healthcare public policies of the Ministry of Health and to the development of the health industrial complex.

By shortening the prosecution time of patent applications relating to the subject matter referred to in said resolution, the INPI promotes innovation, faster diffusion of knowledge and competitiveness in the important technology field of pharma, benefiting the entire society.

Ana Paula Jardim is a senior partner at Luiz Leonardos. She is head of the patent technical prosecution department at the firm and has engineering and law degrees. Jardim focuses her practice on the administrative and judicial prosecution of industrial designs and patents in the technical field of electricity and mechanics. She can be contacted at: apjardim@llip.com

Andréa Granthon is a partner at Luiz Leonardos. She has biology and law degrees and a master’s in intellectual property and innovation. Her practice focuses on the administrative prosecution of patents in the technical fields of biotechnology, pharmaceutical and other related sciences. She can be contacted at: agranthon@llip.com