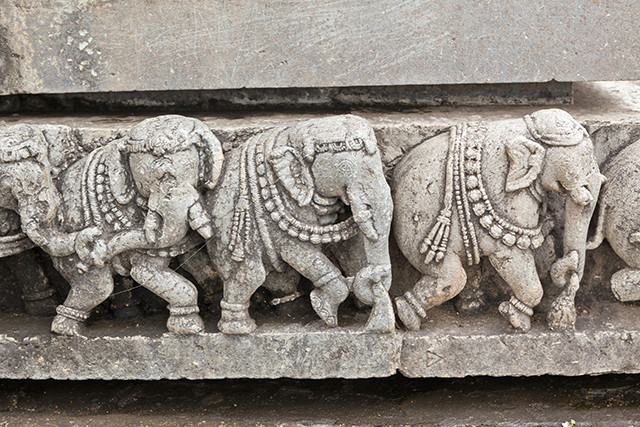 Two writ petitions to the Delhi High Court have resulted in the formation of a committee tasked with devising approaches to promote expedited examination at the Indian Patent Office, as Pravin Anand of Anand and Anand reports.

While patent office delays and the excessive backlog of pending patent applications at the Indian Patent Office (IPO) have been an issue of serious concern for a while, it is only recently that the problem has been seriously dealt with and exposed via two writ petitions before the Delhi High Court filed by Nitto Denko Corporation, a company based in Japan.

As per the mandate of patent law, the first examination report is to be issued ordinarily within six months from the date of the request for examination or six months from the date of publication, whichever is later, under rule 24B(3) of India’s Patent Rules, 2003. However, the word ‘ordinarily’ is being stretched so that it means ‘almost indefinitely’ and currently the IPO is taking almost eight to nine years to grant a patent, therefore significantly reducing the patent’s term, from 20 to 13 years. It is under this backdrop that the said writ petitions were filed before the Delhi High Court and finally disposed of on October 9, 2014.

Outcomes of the order

1. The government has committed to spending more than 309.6 crore rupees ($49,226,400) for recruitment of fresh examiners and to solving all related problems: salaries, staff attrition rate, etc.

2. Additionally, a committee was constituted comprising eight members, including the joint secretary, Department of Industrial Policy and Promotion; the controller general of patents, designs and trademarks; the representative of expenditure; the representative of personnel and training; and a few senior advocates, to deliberate upon the issues of:

a. Waiver of maintenance fees as a compensatory measure for the delay in patent grant;

b. Patent term extension to compensate for the delay; and/or

c. Out of turn/expedited examination.

The committee submitted its report on February 27, 2015.

With respect to the waiver of maintenance fees and patent term extension, the committee concluded that the said practices exist only in the US and nowhere else in the world, and are not applicable to India.

The committee was also of the view that the 20-year patent term (which was originally seven years and thereafter 14 years), already provides for delays and therefore does not require a further extension, particularly in India, where monopoly itself is considered too long to block genuine competition.

Out of turn examination

The committee was of the view that out of turn examination may be considered a viable option subject to certain prerequisites:

a. When the invention directly contributes towards the ‘public interest’; and

b. When the applicant sets up local manufacturing capabilities utilising the invention as disclosed in the application or undertakes to manufacture the same within two years from the date of filing the request for expedited examination.

"THE COMMITTEE WAS ALSO OF THE VIEW THAT THE 20-YEAR PATENT TERM (WHICH WAS ORIGINALLY SEVEN YEARS AND THEREAFTER 14 YEARS), ALREADY PROVIDES FOR DELAYS AND THEREFORE DOES NOT REQUIRE A FURTHER EXTENSION, PARTICULARLY IN INDIA."

The committee proposed a new rule 24C to the 2003 Patent Rules, to incorporate such a measure. As per the new rule, the patent applicant would be required to provide a corroborative statement from a bank or financial institution or auditor in India with evidence in support showing that the applicant or its assignee or prospective manufacturer has sufficient capital to meet the reasonable public requirement, or that sufficient capital or facilities will be made available within six months if a patent is granted.

While the said decision seemed remarkable and a way forward towards tackling for the first time in India the issue of unreasonable and untimely disposal of patent applications, the report of the committee has, to an extent, diluted the impact and the objective of the writ petitions.

The local manufacturing requirement has been incorporated in the proposed rule 24C by the committee in a manner which places undue burden on the patent applicant. The committee also omitted to define the specifics that fall into the public interest domain to be considered eligible for out of turn examination.

For example, in the US, an applicant may file a petition to make a special request where the invention will materially enhance the quality of the environment; develop or conserve energy resources; or counter terrorism. The applicant’s age or health is also considered as a standalone factor for expediting examination in the US, whereas in some jurisdictions, potential infringement may also be a ground.

Clearly, out of turn examination of applications under this programme does not seem to be an option for most inventors, particularly for the pharmaceutical industry, which is already grappling with the stringent requirements of local manufacturing and public interest. Moreover, there are strict procedural and substantive requirements and litigation risks (eg, prosecution history estoppel) because the applicant must make submissions and provide additional evidence in support of its case, with barely any visible benefit.

It is also pertinent to note the word ‘ordinarily’ continues to find a mention in the proposed rule 24C to be added to the 2003 Patent Rules for expedited examination and may still pose issues of delay at the IPO, as is the existing state of affairs. It would be futile if even after paying additional fees, collecting necessary funds, and establishing a local manufacturing plant, the applicant’s patent application continued to collect dust at the IPO.

Although the report of the committee did not take into account many recommendations and suggestions that were made on behalf of the petitioner, it is indeed a significant victory that through a single writ before the Delhi High Court, substantial funds were sanctioned to the IPO from the government of India.

It is also the first time that the proposal of expedited/out of turn examination is being considered for introduction under the Indian patent law. This is a new wave of reform and demonstrates the methodology for future patent law reform.

Pravin Anand is a managing partner at Anand and Anand. His practice area is IP, litigation and dispute resolution. Anand has been a counsel in several landmark IP cases, has received recognition for pro bono work for rural innovators, and has spoken at various forums. He can be contacted at: pravin@anandandanand.com