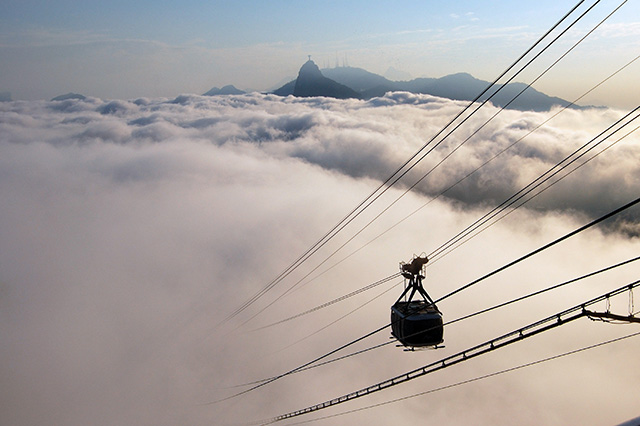 Innovation is crucial for economic growth. This is especially the case for developing countries such as Brazil, where an underdeveloped technology industry is seen as one of the main hindrances to growth and general prosperity. In order to provide public incentives for innovation, Brazil has enacted a series of laws, the most important being the Federal Act No. 10,973/2004, known as the technological innovation act. Aside from tax incentives, important aspects of this law are science and technology institutes and their technological innovation centres (TICs).

As defined by the technological innovation act, TICs are public centres or bodies set up by one or more science and technology institutes. These institutes are also public bodies, the goals of which include engaging in basic research activities and research and development (R&D) in the scientific and technological fields. Nowadays, most institutes are part of public universities, which in Brazil represent the best higher education centres available for students and researchers.

These responsibilities imply other ancillary but nonetheless vital supporting roles, such as defining the ownership of IP rights and the territories to be protected, managing costs and payments related to IP rights and know-how, and working with the Brazilian Patent and Trademark Office and law firms to tackle the legal aspects of the technology development of the institute. Even though the chief executive of the institute will typically retain some powers of negotiation and the right to conclude cooperation agreements and similar covenants, the TIC acts as the centralised administrator of IP rights in an institute.

One of a TIC’s pivotal goals is to ensure the possibility of obtaining IP rights whenever possible, as well as to secure the confidentiality over R&D activities that the institute is engaged in. This of course means developing a results-oriented internal IP rights policy—aside from external and general policies—aimed specially at those people managing the institute’s main activities.

As a rule, researchers at TICs have the right to receive between 5% and 33% of the institute’s earnings stemming from the developed technology. The amount is to be regulated within these limits by each institute. Researchers do not hold any power over negotiations concerning the technology that they contribute to developing: article 6 of the act clearly provides that only the owners of the resulting IP/ know-how are entitled to assign or license it.

Moreover, article 12 of the act forbids researchers allocated to any level of the R&D process from disclosing any part of it, in order to preserve novelty and/or confidentiality. This is an important restriction, aiming at securing private investors’ and the institute’s interests, especially given the huge pressure (coming mainly from the Ministry of Education and related public bodies) on public researchers to publish scientific articles in order to maintain scholarships and subsidies. This prohibition also comes amid support of the deeper goal of the overall innovation policy in Brazil, which is to promote technological and social development in the country (article 5, item XXIX of the Brazilian Constitution).

A reminder of the focus on results of institutes is the strict obligation imposed on them to maximise IP protection of innovation and know-how eventually acquired from projects developed under the act. Far from constituting an ideal or abstract rule, this results-driven stance is posed as a binding determination on the public administration as a whole and to public servants engaged in R&D activities in particular.

"As a rule, researchers at TICs have the right to receive between 5% and 33% of the institute’s earnings stemming from the developed technology."

Unsurprisingly, TICs have a crucial role in internal enforcement of institutes’ innovation policy, mainly granting that the information surrounding R&D procedures and results remains under strict confidentiality. Besides concluding and enforcing non-disclosure agreements with potential investors, partners and buyers of technology developed by an institute’s researchers, a TIC commonly drafts similar agreements with the institute’s own personnel, in an effort to secure the patentability and secrecy of its inventions and technological know-how. Ultimately, the TIC’s goal is to guarantee a return on R&D.

Other internal policies should be—and usually are—available in order to achieve the TIC’s goal of maximising benefits for the institute and its private collaborators. It is common to see TICs promoting workshops, panels, and manuals reinforcing the potential financial benefits for the researchers stemming from maintaining secrecy and working with a view to IP rights protection.

In addition, most TICs lay down a strict public policy that researchers and all collaborators must immediately report on any innovation or technological development eligible for protection under IP or trade secret laws. As a complement to this policy, the researcher will typically work on an exclusive basis with the institute. On the other hand, researchers are entitled to obtain technical and legal information from the TIC in support of their activities.

One should bear in mind that, despite legal obligations, not all institutes have fully working TICs to help them with creating, managing and enforcing innovation policies.

The number of implemented TICs is growing annually. According to a report issued by the federal government, there was an 8.4% growth  in 2014 compared to the previous year.

When available, the TICs represent a major security factor to private parties intending to invest, collaborate or negotiate with institutes due to the goal-oriented policies established and enforced by TICs. In addition, TICs are the main mediators between institutes and private business, helping to achieve a balanced view on negotiations and partnerships, as well as to curb any anti-entrepreneurial tendencies, which unfortunately are not uncommon in the public administration in general. To achieve its mission, a TIC typically recruits its personnel from the private sector to guarantee a business mentality.

More important, TICs have the institutional mission of acting as enablers of partnerships between private business and institutes. Due to this specific role, TICs are quite sensitive to market demands and aim to implement a functional, modern management. This is achieved through establishing clear innovation and IP rights goals and efficient communication channels with both private business and institutes’ researchers.

According to the 2014 government report, a total of 2,163 IP applications were filed by Brazilian science and technology institutes last year as a direct result of the IP policy set out by TICs. This represents double the number of all applications filed by such institutes between 2010 and 2013.

TICs are fairly advanced in the life sciences field. Successful examples of fully functional TICs are Instituto Butantan, located in São Paulo, which is mainly focused on biotechnology, and Fundação Fiocruz, based in Rio de Janeiro, a specialist in the biomedicine field.

TICs have been proving to be an essential tool for developing innovation in Brazil, mainly in the life sciences field, through promoting and enabling the participation of private business in public technology centres. With the expected growth and maturation of TICs, the future is looking bright for technology development in Brazil.

Gabriel Di Blasi is a partner at Di Blasi, Parente & Associados. He has a technical background in industrial engineering and experience in patent prosecution and litigation. His core practice areas include patents, designs, plant variety rights, tech transfer, and trade secrets matters. He can be contacted at: gabriel.diblasi@diblasi.com.br

Felipe Barros Oquendo  is a Brazilian attorney-at-law at Di Blasi, Parente & Associados. He holds a Master’s in corporate, labour and industrial property law from the Estate University of Rio de Janeiro. His practice focuses on litigation and consultation related to intellectual property and unfair competition, as well as sports and entertainment law. He can be contacted at: felipe.oquendo@diblasi.com.br