The future of precision medicine part 5: keeping pace with regulation 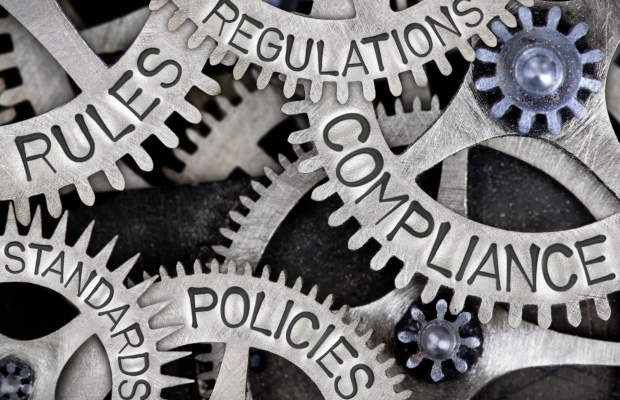 One of the perennial inherent challenges for legislators and regulators is crafting laws and regulatory frameworks that are firm enough to deal with the issues of the present, but flexible enough to cater for the challenges of the future, as Daniel Lim and Anna Jackson of Kirkland & Ellis explain.

The first four instalments in this series of articles on precision medicine focused on its challenges and opportunities in general, the importance of large quantities of high quality, diverse data, and some of the particular issues that will be encountered in the translation of research and theory to clinical practice.

This article will consider an important issue that will need to be addressed, namely the creation of appropriate regulatory frameworks.

Creative interpretation by tribunals and regulatory bodies tasked with applying laws and regulations often plays an important role in providing the flexibility to cater for the issues of the future, particularly when society, technology and the issues they give rise to have moved far beyond those the original drafters could possibly have conceived of.

However, interpretation can go only so far—it is essential to the development of precision medicine that the regulatory frameworks for assessment and approval of treatments, and the closely related science of clinical trials, keep pace with the advances being made on the diagnostics and treatment front.

As things stand, neither is well adapted nor fit for purpose as far as precision medicine approaches are concerned.

“Equally as important as the framework for the approval of treatments will be the development of standards which companion diagnostics will be required to meet.”

As we begin to see more treatments indicated not for a specific condition or type of cancer (for example), but rather a particular genetic feature or biomarker (eg, a particular fusion protein or cells displaying a particular receptor which is targeted by the treatment), developing a good understanding of what quality and quantity of evidence are necessary to demonstrate the safety and efficacy of a new treatment will be crucial.

The regulators and industry seem to be in agreement on this.

The former US Food and Drug Administration (FDA) commissioner Scott Gottlieb, speaking at the World Economic Forum in 2017, emphasised that there is a need to develop good natural history models of disease and also the potential for industry to better target development programmes to highly responding patient subgroups in order to present more convincing evidence of clinical efficacy in those populations to regulators.

Gottlieb noted that new legislation such as the 21st Century Cures Act has given the FDA the tools to allow it to approve products with strong, early proof of concept and addressing an unmet need, subject to post‑registration monitoring of safety to discharge concerns about long-term risk that will not be able to be dealt with at the pre-market stage.

Novartis chief executive officer Vas Narasimhan, who trained as a doctor and came into the role from a background as head of Novartis’ global drug development team, stressed that although he sees a big role for artificial intelligence (AI) in speeding up drug discovery and clinical development, it’s crucial for trials to get the basics right in terms of dose, patient population and an understanding of the target product profile and endpoints. Without those fundamentals, no amount of AI will save a development programme.

Recognising that precision medicine treatments represent a challenge to the conventional frameworks for assessment and approval of products, Gottlieb encouraged companies not to be afraid to engage in dialogue with the FDA from an early stage (even preclinical).

Citing CAR-T, CRISPR-Cas9 and gene therapies by way of example, he explained that those early conversations are an opportunity to educate the regulators and can help define expectations and avoid problems later on when the company is seeking an approval.

These difficult evidentiary questions are already an issue in the case of some ultra-rare diseases, where patient recruitment is difficult and the number of patients that would usually be recruited for a conventional clinical trial (say, around 2000 for phase 3) might effectively equate to the entire national or global disease population for the ultra-rare condition.

Taken to an extreme, the personalisation of medicine could be said to present every individual patient as a discrete and distinct cohort of size n = 1.

Prasad noted that agencies in the major regulated markets (including the MHRA, the European Medicines Agency, the FDA, and Japan’s Pharmaceuticals and Medical Devices Agency) are regularly in discussions to devise a more cohesive global approach to enable the development of precision medicine treatments.

Under the very active leadership of Gottlieb, the FDA has been leading the charge on this front, particularly in the oncology field, with a range of measures designed to accelerate the development and review pathways for innovative new treatments that provide a significant improvement over the standard of care, such as the Breakthrough Therapy, Priority Review and Regenerative Medicine Advanced Therapy designations.

At the annual board meeting of the Alliance for Regenerative Medicine in May 2018, Gottlieb hailed the promise of cell and gene therapies, noting that they “will soon become the mainstay of how we treat a wide range of illness” and announcing the rollout of guidance documents setting out a regulatory framework to facilitate the development and approval of gene therapies.

The FDA has promised to identify appropriate endpoints for certain conditions (starting with clotting factor production in haemophilia) that it will accept as a surrogate measure for actual therapeutic benefit (ie, reduced bleeding rates in the case of haemophilia) in granting accelerated approval for innovative therapies to address unmet medical needs.

The quid pro quo for such accelerated approvals is that they will be subject to significant post-marketing follow-up and monitoring commitments in order to establish durability of response and therapeutic benefit.

More recently, on 15 January 2019, Gottlieb and Peter Marks, the director of the Center for Biologics Evaluation and Research (the arm of the FDA that deals with biological products, including cell and gene therapy) announced the FDA’s plans to improve its drug development framework during 2019. This plan includes recruiting additional clinical reviewers and an accelerated approval pathway for treatments meeting currently unmet medical needs.

In February 2019, the FDA published guidance on its regenerative medicine and companion diagnostics policy framework, giving further detail on how accelerated approval mechanisms will work in practice.

However, despite the FDA’s drive to implement expedited review of breakthrough innovations, recent studies published in the New England Journal of Medicine and Journal of Clinical Oncology have observed that although “breakthrough-designated cancer drugs were associated with faster times to approval … there was no evidence that these drugs provide improvements in safety or novelty; nor was there a statistically significant efficacy advantage when compared with non—breakthrough-designated drugs”.

Even as regulatory pathways are adapted and expedited to respond to the different needs of precision medicine approaches, it will be important not to compromise on the high scientific standards and fundamental safety-efficacy calculus that have always and should continue to underpin the assessment of new treatments for approval.

Equally as important as the framework for the approval of treatments will be the continued development of standards which companion diagnostics will be required to meet, in order to support the new wave of biomarker-based diagnoses and treatments.

Gottlieb has described the challenges involved in co-regulating or approving treatments in combination with companion diagnostics, noting that one issue is that such diagnostics often start out as laboratory developed tests, which are not subject to the same clinical regulatory process.

He noted that the traditional pathways for the approval of medical devices do not fit well with these new technologies and that new legislative/regulatory pathways that are specifically fashioned for diagnostics will be required.

Whilst the surprise resignation of Gottlieb as FDA Commissioner in April 2019 sparked some concern about a possible change in direction from the FDA, its new interim commissioner, Ned Sharpless, moved quickly to assuage industry and stakeholders, pledging to “maintain the FDA’s current course of action in every area”, including its strategy for gene therapy.

He has stated that the main challenges ahead surround product manufacturing, quality, and post-market follow-up.

It remains to be seen how industry and regulators alike will rise to these challenges, and whether European regulators like the MHRA and the EMA will follow the FDA’s lead in strongly prioritising regulatory reform for precision medicine.

Despite its importance, devising appropriate pathways for the approval of new diagnostics and treatments represents just half of the regulatory battle; lack of access due to funding and reimbursement issues remains a key issue which will be covered in the next instalment of this series.