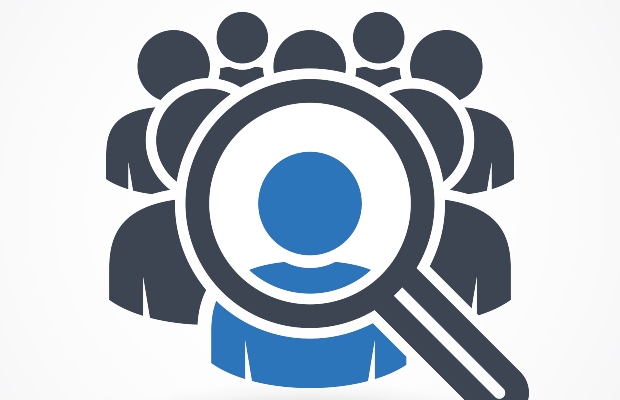 For all the importance of the role of government and private sector bodies in the realisation of precision medicine, it’s important not to lose sight of the interests and concerns of those precision medicine intends to treat—the patients and public at large, write Daniel Lim and Anna Jackson of Kirkland & Ellis.

The developments of the information age that have enabled the development of precision medicine have also led to the empowerment of patients, who are now, via the internet, able to access general medical information and cutting-edge research on their conditions in a way that would have been previously impossible even to imagine.

This has led to the emergence of communities of expert patients who play an active role as patient advocates, repositories of advice and support for fellow patients, a resource for clinicians and researchers, and actively participate in the direction and decision-making in respect of their own treatment.

In juxtaposition and by contrast to how greater availability of information empowers some groups of patients, the increased technical complexity of genomic and precision medicine approaches and the sheer amount of information available present a challenge for the majority of patients, particularly those without any scientific or medical training.

Added to the already heavy emotional burden of living with disease, the information overload involved in trying to grapple intellectually with its science can be overwhelming.

This is particularly the case given the variable quality and accuracy of information available from different sources, and the unfortunate proliferation of “fake news” and fabricated tales of the effectiveness of “alternative” therapies in preference to science-based medicine (eg, the Belle Gibson scandal).

Despite the rising popularity of direct-to-consumer genetic testing kits and services and the explosion in research in the field of precision and personalised medicine, including the UK-based 100,000 Genomes Project and the USA’s All of Us research programme, a recent online survey conducted by GenomeWeb and the Personalized Medicine Coalition found that awareness of genetics and personalised medicine among 1,001 adults representative of the US population was low.

“Equally as important as the framework for the approval of treatments will be the development of standards which companion diagnostics will be required to meet.”

When participants were asked to name advances they thought had the potential to positively change healthcare only 16% mentioned innovations in technology or diagnostics; 3% mentioned genetics; 2% mentioned DNA testing and only three people cited personalised medicine—figures which indicate virtually no change when compared with the results of a similar survey conducted in 2014, despite the attention brought to the field by the Obama administration’s Precision Medicine Initiative, announced in January 2015.

Indeed, less than 10% of participants in the survey indicated they had heard of the All of Us research programme or the Precision Medicine Initiative.

In the UK, in a recent dialogue commissioned by Genomics England, almost none of the participants had heard of a ‘genome’ or ‘genomics’ prior to participating in discussions.

Whilst in this case almost all participants then reacted positively when informed of the potential that genomics projects have, the key barrier was shown to be public knowledge and understanding of the topic.

These results clearly indicate that more must be done to educate and to engage with the general public to raise awareness of the opportunities and the challenges posed by precision medicine, empowering people as positive actors in shaping the future of their own healthcare.

The rise of precision medicine is also set against the backdrop of the growing politicisation and mistrust of science (eg, in relation to vaccination, climate change research, etc) among some segments of society.

Such sentiments must be acknowledged and accounted for by the scientific community, at the same time as responding to them and their being robustly rejected.

This is best done through early and earnest community engagement and education to gain public trust, particularly in respect of complex technical subject matter. This is especially the case given that precision medicine relates to the emotive issue of healthcare and involves the collection and use of some of the most sensitive categories of personal information, being personal genomic and healthcare data.

An important part of that education and engagement should be a realistic portrayal of the current and future limitations of the field and management of patient expectations (in terms of the field as a whole, as well as with respect to individual tests and treatments), without which hard-won public confidence and trust may be undermined when inevitable setbacks occur, or there is an initial period of perceived underdelivery.

Nancy Brown, CEO of the American Heart Association, speaking at the World Economic Forum (WEF) in 2017, stressed that, in the end, the key to the success of precision medicine will not lie in the technology, but in the will of and mandate from the ultimate beneficiaries of precision medicine—the patients themselves.

Assembling the large sets of high quality and diverse data needed will require the sharing of information by patients willing to donate their data (especially in respect of types of information such as environmental data from wearable devices).

It’s important to recognise that many of the communities who are the most vulnerable and in need of improved healthcare outcomes are also those who are the most underrepresented in terms of our current understanding and the genetic data we have collected.

In the 2016 study cited above, individuals of African, Latin American, Hispanic, native or indigenous ancestry comprised less than 4% of all samples analysed in genome-wide association studies.

These populations include groups that have historically been the subject of discrimination, including in the practice of medicine, and have been the target of unethical medical practices such as eugenics programmes, social Darwinism and human experimentation; histories of inequality, neglect and broken trust which have in some cases affected the relationship such communities have with medicine.

The irony is that the ability of precision medicine to look past socially constructed labels of race and enable personalisation of treatments based on the actual genetics and environment of the individual has the potential to significantly improve treatment outcomes and redress healthcare inequality for minority populations.

Currently, those population are being treated within a healthcare system and paradigm that is set up to be most effective in treating the white, middle-class populations of European descent who make up the majority of the datasets in which available treatments in the Western world have been studied.

On the other hand, there are legitimate and serious concerns about the potential for misuse of sensitive health data collected from vulnerable communities and the conclusions that may be drawn from their analysis.

Example of these concerns include the use of personal genetic data to determine health insurance premiums based on genetic predisposition to disease and the imposition of paternalistic government policies designed to discourage risk behaviours in at-risk populations (eg, an additional tax on alcohol among those predisposed to addiction).

If not, then the danger is that the availability of precision medicine for some but not others will in fact increase inequality and potentially lead to the “imprecise medicine” alluded to by Tan Chorh Chuan, executive director of Singapore’s Office for Healthcare Transformation, speaking at the WEF, for those communities who are not adequately represented in the data.

In order to facilitate the necessary public participation in precision medicine initiatives, the appropriate structures need to be in place—ie, a regulatory, ethical and technological framework that will ensure the privacy, security and appropriate use of individuals’ data, supported by a reservoir of trust and goodwill built up through public engagement.

A new age of healthcare

It’s evident that society is on the cusp of welcoming in a new age of healthcare, powered by precision medicine.

However, while this paradigm shift towards precision medicine approaches seems inevitable, the way governments, industry, the public and other stakeholders respond to the significant challenges that lie ahead in its implementation will shape the form that change takes, for better or worse.

Essential questions of equality, access, safety, security of data, public trust and cost remain to be answered. Inevitably some of these questions will benefit from a united international effort, while others will inherently be left to the judgement of each nation.

On the one hand lies the possibility of the fulfilment of a medical ideal, where each is treated solely according to his/her specific need and the same quality personalised care is available to all, regardless of status, geography or genetic ancestry.

On the other lies the tragedy of precision medicine’s true promise going unfulfilled and its promises broken, giving rise to a possible society in which bias (whether in data or otherwise) and lack of equality of access have led to precision medicine acting as a force for the widening of inequality in the strata of society.

The ramifications of the disparate healthcare outcomes caused by uneven access to precision medicine, ultimately leading to significant differences in life expectancy and mortality, would reverberate throughout society and further amplify other existing areas of inequality.

Given what is at stake and the importance of healthcare as one of the pillars of civilisation, it is no overstatement to say that the expectations around precision medicine and the stakes in play have seldom been higher.

The decisions made now will indelibly affect the health and lives of people around the world for years to come — it is crucial that we get this right.