The heart of the 3D printing matter 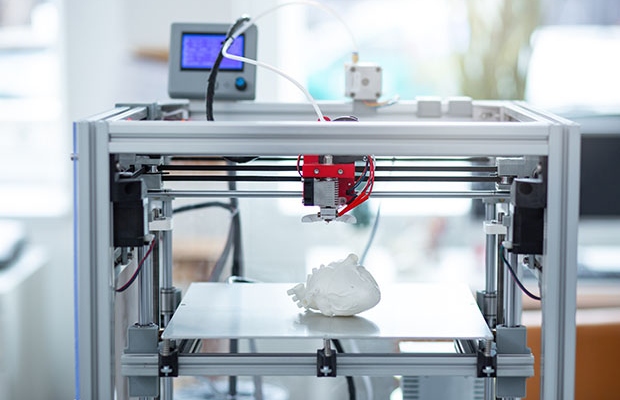 3D-printed organs and tissues are now a reality, but questions remain over their patentability, says Gabriel Di Blasi of Di Blasi, Parente & Associados.

Innovation is one of the cornerstones of human development. Companies invest billions in research and development, but there is no way to guarantee that a research project will result in a profitable outcome.

The patent system is a way to mitigate this investment in the dark. When a company develops a new technology, obeying certain criteria of patentability, it is rewarded with the possibility of protecting its invention via a patent in the jurisdictions in which it wants to commercialise. This allows exclusivity for marketing that invention in the countries in which the patent was granted within a certain period of time, excluding third parties from using this invention for their own profit.

In recent years it has been debated whether companies should be allowed to protect, via patent, 3D-printed organs and tissues. This technology is no longer ‘in the near future’ but in the present, and promises to change the landscape of organ transplantation.

"It is also a matter of rewarding the inventors who have been struggling to develop a technique that revolutionises human health."

According to a 2014 article by Judith Toffenetti and Atabak Royaee in Genetic Engineering & Biotechnology News, “Patentability of 3D-Printed Organs”, this technology: “involves depositing consecutive layers of adult or embryonic stem cells as ‘bio-ink’ in a desired pattern and controlling cell aggregations, fusions and differentiations until a living three-dimensional structure with specialised compartments and specialised cell types is produced.”

Instead of being the driver of this kind of innovation, however, the patent system might be halting its progress.

The issue of patents

In general, the patent and trademarks offices examine (independently) three criteria for granting patents: novelty, inventiveness, and capability of industrial application. However, prior to that examination, the subject under examination must be eligible for patent protection. Therefore, there is a procedure prior to analysing those three characteristics, which consists of the analysis of subject matter patentability.

International treaties on patent protection and prosecution say very little about this topic. The Trade-Related Aspects of Intellectual Property Rights (TRIPS) Agreement, which is signed by 164 countries, states that “members may exclude from patentability inventions … to protect human, animal or plant life or health or to avoid serious prejudice to the environment.”

This has led to multiple countries, when addressing patent eligibility, not to allow biological, living material to be eligible for patent protection. The US and Brazil are two of the countries that have made that choice in their respective laws. The question is whether 3D organs and tissues fall into this category and are, therefore, not patentable.

When addressing this issue in the US, a precedent from the Supreme Court, the case Diamond v Chakrabarty, is often cited and considered. While addressing the patentability of a bacterium, it was held that: “Patent protection is available for a microorganism that is artificially constructed rather than naturally occurring.”

Although 3D-printed organs and tissues are not microorganisms, there is a similarity in this case, as it also addresses a biological material that interacts with the human body on a structural level.

The situation in Brazil

Although there has been no such case in Brazil, the Brazilian patent and trademark office (INPI) is updating its guidelines on biotech patents, which provides a glimpse into what INPI might be determining on 3D-printed organs and tissues.
Said guidelines were released for public consultation in February, and INPI is currently undertaking evaluations before the official publication of the manual.

The Brazilian Law on Industrial Property broadly states in its article 10 that: “it shall not be considered invention or utility model; (9) all or part of natural living beings and biologic material that can be found in nature, or isolated therefrom, including natural biologic processes.”

The forthcoming guidelines on biotech patents by the INPI further details this prohibition by stating that: “synthetic molecules identic or indistinguishable from its natural counterparts are also within this definition”.

Regarding stem cells, the INPI has determined that these are not patentable in and of themselves, but compositions or kits that contain stem cells are eligible for patent protection.

There is ultimately one question that must be answered: can 3D-printed organs or tissues be found in nature? It is clear to us that this should not be considered as such, as a human organ such as a heart, or a lung, could never be reproduced, and that is not the goal of the 3D-printed organs. These inventions merely mimic those organs (to an outstanding similarity) in order to perform their function, but they could not, in any situation, be found in nature.

For that reason, and considering that 3D printing is a mechanism created by the human intellect in order to solve a real problem in society (whether related to architecture, engineering, or health), 3D-printed organs or tissues should be eligible for patent protection.

This was also the conclusion of the International Federation of Intellectual Property Attorneys (FICPI), which in March published a Resolution in this regard entitled: “3D-Printed Tissues and Organs”.

Protecting 3D-printed organs and tissues is not only a matter of obeying the fundamental principles and regulations of patent prosecution, it is also a matter of rewarding the inventors who have been struggling to develop a technique that revolutionises human health, and the companies that took a shot in the dark and believed they could attain a goal never before reached.

By allowing patent protection for 3D-printed organs and tissues, governments will send a powerful message of hope to society, and belief in a future with improvements in overall health and wellbeing. It would also be a message to companies that it is worth investing in health, and saving lives.

Gabriel Di Blasi is a partner at Di Blasi, Parente & Advogados Associados. He is an industrial engineer, IP agent and lawyer. His practice covers national and international issues, including patents, industrial design, business secrets, cultivars, licensing and franchise agreements, technology management and technological innovation, trademarks and copyrights. He can be contacted at: gabriel.diblasi@diblasi.com.br