The licensing landscape at Pieris 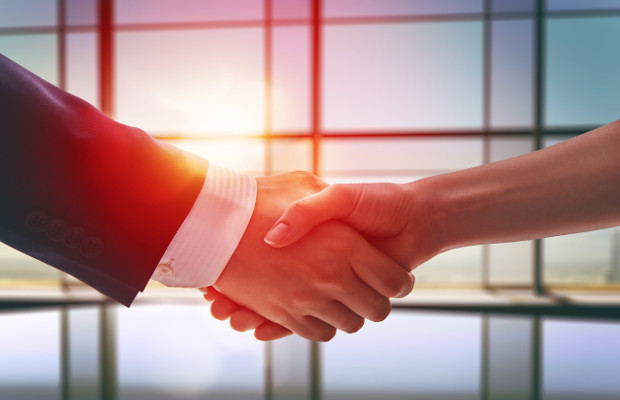 Forming licensing agreements with other pharmaceutical companies is an important part of Pieris’s strategy, according to Ahmed Mousa, vice president of licensing, IP and legal affairs at the clinical-stage company.

From its formation in 2001, Pieris has come a long way. Since 2009, it has entered into a number of licensing deals after other companies approached Pieris expressing a need for a new therapeutic.

Pieris discovers and develops Anticalin proteins, which are a novel class of therapeutics, according to the company. It focuses on proteins to treat respiratory diseases, among others. Pieris’s role in the process is to do the initial drug discovery before it is handed over to the partner, which then finishes the drug development process.

In its efforts to become a biopharmaceutical company that sells products in the US, Pieris seeks relationships where it can secure the commercial rights for potential therapies that it can market.

Ahmed Mousa will be speaking on the topic of portfolio management licensing strategies at the Life Sciences Patent Network North America event in Boston on April 26.

As part of this strategy, the company entered into research and development collaborations with AstraZeneca and Servier last year. It also has agreements with Roche, Daiichi Sankyo and the Sanofi Group, among others.

While these licensing deals help to build relationships and develop new drugs for the market, they aren’t without their challenges.

Pieris is in the fortunate position where it doesn’t have any ongoing litigation, but Mousa does acknowledge that there is a close relationship between licensing and litigation.

He advises that licensing deals need “incredible clarity” and, in Mousa’s experience, require a joint effort across the whole team. This includes probing the scientific, commercial, business development and even the communication teams to make sure that everyone understands the areas of potential disagreement in a licensing agreement. Furthermore, general details should be spelled out early on in the collaboration agreement.

As a consequence, when there are licensing disagreements, it is usually because of different interpretations of the original agreement, leading to a preventable dispute, according to Mousa.

It is often the case that a licensing agreement was made some time ago. As a result, the language can be interpreted differently from what was initially intended.

“Collaboration agreements and licences can be governing a relationship that lasts 20 years or more if you are successful in advancing these programmes,” he says.

Mousa recognises that, due to the broad nature of the industry, not every issue in the licensing agreement can be addressed. In this case, you have to set out foundational principles and governance structures that encourage resolution of issues without the need for litigation or arbitration.

“We really try to do that,” says Mousa. “We like to have an escalation of issues in a sequential manner. Things start with the scientific team, then they might go up a little higher, then they go up to the executive if you really can’t resolve an issue.”

In agreements where companies are co-developing and commercialising programmes, there can be scientific or technical disagreements over how best to advance a therapy. When this arises, who gets the deciding vote?

Pieris has a set of principles that dictate how issues are decided if there are these kinds of disagreements. If a party disagrees with these principles, then it could lead to arbitration, Mousa says.

If matters escalate to arbitration, he adds, then it is important to have somebody who is qualified in drug development and discovery, with a technical background and expertise, involved in the process.

According to Mousa, one of the most challenging issues when it comes to licensing is ensuring that everyone is complying with diligence surrounding the agreement. This is something that tends to be heavily negotiated in typical licensing agreements.

While this may be an obstacle, there are ways to overcome it. “The way you can ensure compliance with diligence is by making sure there’s sufficient recording,” Mousa advises.

“Sometimes a company only has to give you a one-page update on what they’re doing with the drug—but even if you have the best diligence provision in the world, that may not be enough information for you to be able to accept whether or not they’re being diligent.”

In this instance, Mousa says, the licensor has to develop alternative mechanisms to make sure enough information is being received, ensuring compliance with the diligence provision.

Entering into a licensing agreement has the potential to boost a business and develop a new therapy for the market. While there can be some hindrances along the way, a carefully negotiated agreement can form a lasting relationship.

Ahmed Mousa will be speaking on the topic of portfolio management licensing strategies at the Life Sciences Patent Network North America event in Boston on April 26.

To hear more about this exciting issue and many more in the life sciences field, click here to register for the event. Early-Bird tickets are available until February 23.