The perils of clinical trials: confidentiality and infringement 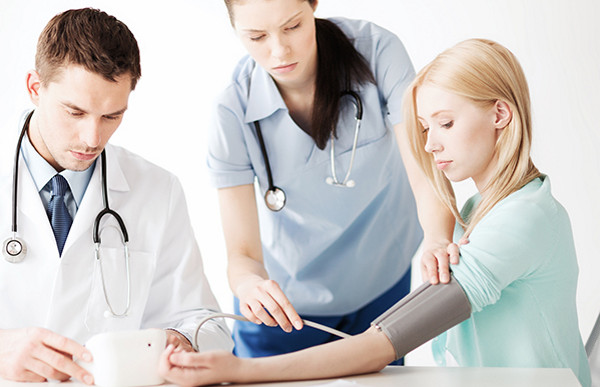 Dennis Waller discusses how differing interpretations of the Bolar exemption may affect clinical trials in the UK.

A variety of IP issues arise when conducting clinical trials, including confidentiality and potential liability for patent infringement. Two recent developments in this area, the UK’s expansion of the Bolar exemption to patent infringement and the case of AGA Medical Corp. v Occlutech (UK) Ltd, highlight the concerns in this area and the difficulties of ensuring harmonisation of the patent system throughout Europe.

Under UK law, any act “for experimental purposes relating to the subject matter of the invention” does not constitute patent infringement. A further exemption relating to clinical trials, the so-called “Bolar exemption”, was restricted to trials carried out to obtain a marketing authorisation for a generic medicinal product via the abridged procedure. However, following two recent public consultations showing strong support for legislative change, the UK government has broadened the scope of the Bolar exemption to cover all clinical trials of medicinal products. The new exemption, which came into force on October 1, clarifies that anything done in or for the purposes of a medicinal product assessment falls within the scope of the experimental purposes exemption. This applies to all medicinal products, not just generics, and includes all trials carried out for the purposes of obtaining marketing authorisations or satisfying other regulatory requirements anywhere in the world.

The Bolar exemption was originally implemented into UK law in accordance with Directive 2001/83/EC (as amended), so a degree of pan-European harmonisation might have been expected. However, in a number of European countries, including Germany, this exemption was enacted or interpreted much more broadly than in the UK, and in July 2014 the UK was apparently one of only eight EU member states where clinical trials could infringe a patent (although it appears that a similar amendment has also been proposed in Ireland). The latest changes should therefore provide a greater degree of certainty for those in the life sciences sector and help bring the UK into line with the rest of Europe. It is important to note, however, that this improved situation may not last long, as the Bolar-type exemption that will be applied in due course by the EU’s Unified Patent Court (UPC) is similar to the previous narrow, generics-only UK exemption (see Articles 27(b) and (d) of the UPC Agreement).

The UK government has stated that it expects the new broader Bolar exemption to encourage companies to carry out more clinical trials in the UK. One of the many important considerations in doing so may be the confidentiality, or otherwise, of those trials. Although relating to medical devices, which are not covered by the Bolar exemption, the recent AGA case may offer some guidance on the UK’s approach to this issue.

"Anyone looking to take advantage of the UK’s new broader Bolar exemption should therefore take care to ensure that adequate confidentiality protection is in place."

The case concerned a patent for a medical device for occluding defects in the atrial septum of the heart, sometimes referred to as “holes in the heart”. One of the key issues in determining the validity of the patent was whether a very limited clinical trial of these devices carried out in Bratislava, Slovakia, before the priority date could constitute novelty-destroying prior art. The validity of the patent was being considered in a number of other jurisdictions, and Occlutech, the alleged infringer, had also initiated opposition proceedings before the European Patent Office (EPO). The English High Court and the EPO’s Opposition Division (OD) reached opposite views in relation to the novelty of the claimed invention.

Although the relevant disclosure of allegedly confidential information was from a US company to Slovakian doctors in Bratislava, neither party objected to the English High Court applying English law in determining confidentiality. The court found that, under English law, “there is no presumption of confidentiality simply because this was a clinical trial,” but rather that everything depends on the facts. To establish confidentiality, in the absence of any explicit agreement, the patentee would have to show that a duty of confidence had arisen because confidential information had been imparted in circumstances where the recipient knew or ought to have known that it was confidential. Previous authority suggested that this should be assessed on a subjective, rather than objective, basis, but the court in AGA declined to offer a settled view on this point.

Between the hearing and handing down of the judgment in the English proceedings, the OD gave its own decision on the validity of the patent. Although not strictly required to do so on the basis of its other findings, the OD considered whether the clinical trials were confidential.  The OD reached the opposite conclusion to the English court, deciding that previous decisions of the EPO’s Technical Boards of Appeal had established that “in the medical field there is a prima facie assumption that any person involved in clinical tests of a prototype device is obliged to confidentiality.” The OD also stated that in determining whether there was any implicit agreement of confidentiality, the issue should be determined objectively.

Although the OD’s decision in AGA was restricted to medical devices, the difference in the approaches of the EPO and the English courts to confidentiality may cause concern for anyone considering whether to carry out clinical trials in the UK. Anyone looking to take advantage of the UK’s new broader Bolar exemption should therefore take care to ensure that adequate confidentiality protection is in place. They will also need to keep a close eye on the progress of the UPC system, as the narrower scope of the Bolar exemption may be an unwelcome aspect of infringement proceedings in the new European litigation system in due course.

Dennis Waller is an associate at Powell Gilbert. He can be contacted at:  dennis.waller@powellgilbert.com