The quest for clarity continues 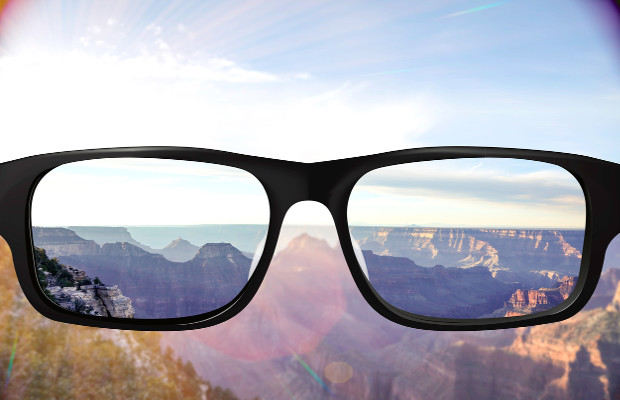 The English High Court is seeking answers from the CJEU on aspects of the EU’s regulation on supplementary protection certificates, but it’s possible questions will remain following the rulings. Michael Pears and Joel Beevers of Potter Clarkson report.

On January 13, 2017, Mr Justice Arnold delivered two judgments in the High Court, during which he referred questions to the Court of Justice of the European Union (CJEU) regarding the EU’s regulation on supplementary protection certificates (SPCs).

The two references attempt to bring clarity to the long-standing issue of what is meant by ‘protected by a basic patent’ (SPC Regulation [EC 469/2009], article 3[a]) and to whether it is possible to obtain an SPC for a new formulation of an old active ingredient (SPC Regulation, article 3[d]).

Where are we now?

SPCs extend the term of patents that protect a medicinal, veterinary or plant protection product requiring market authorisation (MA) before entry on the market, and therefore compensate for the effective loss of patent term caused by the requirement to obtain a MA.

The conditions for obtaining an SPC for medicinal products in Europe are laid out in the SPC Regulation (article 3), which states:

“A certificate shall be granted if

(a) The product is protected by a basic patent in force;

(b) A valid authorisation to place the product on the market as a medicinal product has been granted;

(c) The product has not already been the subject of a certificate; and

(d) The authorisation referred to in point (b) is the first authorisation to place the product on the market as a medicinal product.”

The first reference to the CJEU relates to article 3(a), namely what constitutes ‘protected by a basic patent’. Previously, the mere ability of a product to infringe a patent was ruled insufficient. The existing test requires the active ingredient(s) of a product to be specified in structural or functional terms in one or more claims, in line with legislation “relating to the extent of the invention” (CJEU decision C493/12), namely article 69 of the European Patent Convention (EPC), the Protocol on the Interpretation of article 69, EPC, and corresponding national laws. However, it is not clear how specific the wording of the claims must be.

However, the decision in Neurim (CJEU decision C130/11) broke new ground in allowing an SPC to cover a ‘different application’ of a previously authorised product. In Neurim, an SPC was allowed for Circadin (melatonin) for use to treat insomnia in humans despite a previous MA for Regulin covering melatonin for use in regulating fertility in sheep. Therefore, in principle, Neurim allows article 3(d) to permit a new and inventive therapeutic use of an old active ingredient, but it is unclear how far Neurim can be extrapolated to other scenarios, and how broadly ‘different application’ can be interpreted beyond therapeutic use.

Gilead Sciences obtained an SPC for a “composition containing both tenofovir disoproxil, optionally in the form of a pharmaceutically acceptable salt, hydrate, tautomer or solvate, together with emtricitabine”, covering its anti-retroviral/anti-HIV product marketed as Truvada.

However, European patent (UK) 0915894 on which the SPC was based made no reference to the second active ingredient, emtricitabine. Rather, its relevant claim recites:

“27. A pharmaceutical composition comprising a compound according to any one of claims 1-25 [of which claim 25 recites tenofovir disoproxil] together with a pharmaceutically acceptable carrier and optionally other therapeutic ingredients [emphasis added].”

In the proceedings, Teva and others challenged the validity of Gilead’s SPC, asserting that ‘other therapeutic ingredients’ was not sufficiently specified to render the product ‘protected by a basic patent’ (article 3[a]).

After reviewing CJEU case law regarding article 3(a), Arnold interpreted the CJEU’s judgments to mean that the rules of article 69, EPC, etc, are necessary but not sufficient when making a correct assessment of article 3(a), and that the CJEU had not provided a clear indication of what further test is required.

As such, Arnold repeated his earlier referral of the following question to the CJEU (case number C121/17):

“What are the criteria for deciding whether ‘the product is protected by a basic patent in force’ in Article 3(a) of the SPC Regulation?”

Arnold gave his own suggestion of the answer, in which in addition to the need to fall within the scope of at least one claim, the active ingredient(s) should constitute the core inventive advance of the basic patent.

This second consideration brushes aside “the wording of the claims of the basic patent, which … can be manipulated by the patent attorney who drafts it” (Abraxis v Comptroller-General—see below) and would seem to make assessment of article 3(a) a matter of substantive examination, essentially invoking the patent law of inventive step.

Abraxis applied for an SPC for “paclitaxel formulated as albumin bound nanoparticles” to cover its product Abraxane (nab-paclitaxel), but the application was refused following a hearing before the UK Intellectual Property Office (IPO) (BL O/410/16). The principal finding was that the combination of paclitaxel and albumin as ‘nab-paclitaxel’ did not constitute a new singular active ingredient, and thus the application did not satisfy article 3(d) because the active ingredient paclitaxel had already been the subject of previous MAs.

Abraxis subsequently appealed against the IPO’s decision before the High Court.

Nevertheless, Arnold then considered a second issue regarding article 3(d), namely whether Neurim should allow a new formulation of an old active ingredient. Arnold found that Neurim was unclear in its scope, as only the concept of a new therapeutic use was stated and other judgments on new formulations did not address the issue directly.

Therefore, Arnold indicated that he would refer the following to the CJEU (awaiting case number):

“Is Article 3(d) of the SPC regulation to be interpreted as permitting the grant of an SPC where the marketing authorisation referred to in Article 3(b) is the first authorisation within the scope of the basic patent to place the product on the market as a medicinal product and where the product is a new formulation [emphasis added] of an old active ingredient?”

Arnold suggested that an SPC for a new formulation should not be granted.

What may the CJEU judgments bring?

For the article 3(a) referral, the CJEU could rule that no further clarification is needed as the test under article 69, EPC, etc, is both necessary and sufficient. This would seem the most liberal outcome in terms of the criteria for passing the article 3(a) requirement.

Alternatively, the CJEU may choose to opine on necessary further criteria. However, at least in terms of the application of article 69, EPC, the CJEU has previously indicated that it does not have the jurisdiction to provide further guidance (C493/12 supra).

For the article 3(d) referral (how broadly the ‘different application’ of Neurim can be construed), whether the answer is yes or no, the extent of Neurim could still lack clarity as it will depend on how far the CJEU chooses to opine. For example, if a new formulation were prohibited under article 3(d), would this preclude a new and inventive patented invention that is neither a new therapeutic use nor a new formulation, such as a new dosage regime? In particular, what constitutes a new ‘formulation’? Is it simply the presence of specified components, or can it comprise new ratios of components or a different dosage regime? Whatever the nature of the CJEU’s judgment, it is possible that the answer will bring additional such questions.

Michael Pears is a patent attorney and partner at Potter Clarkson. He handles various biotechnological patent matters, has experience in SPCs and has been involved in coordinating the prosecution of SPC portfolios throughout Europe. He can be contacted at: michael.pears@potterclarkson.com

Joel Beevers is a trainee patent attorney at Potter Clarkson. Having joined in September 2016, he assists in handling various biotechnological patent matters. He can be contacted at: joel.beevers@potterclarkson.com