The value of secrecy for big pharma 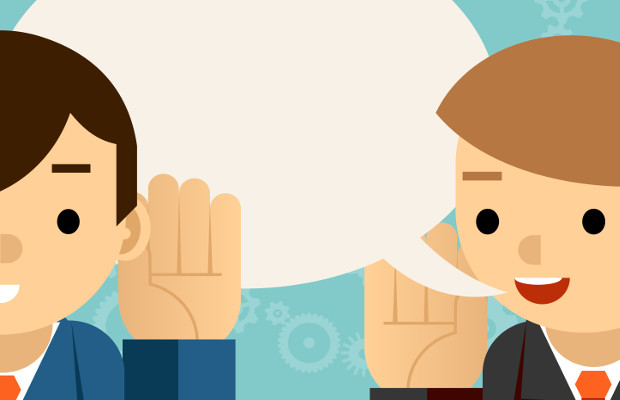 The approval of the EU trade secrets directive and enactment of the Defend Trade Secrets Act (DTSA) in the US, both in May, were intended for stronger protection of trade secrets in the world’s most developed markets. The aim of the directive was to harmonise national trade secret laws of all EU member states by providing a uniform definition of a trade secret and outlining civil remedies available against unlawful acquisition. Similarly, the DTSA aimed to provide federal jurisdiction for the misappropriation of trade secrets, which previously was addressed only at the state level by the Uniform Trade Secrets Act (UTSA).

The DTSA and the EU directive both seek to enhance protection of confidential information, where the commercial value lies in its confidentiality.

According to the directive, a trade secret must satisfy the following criteria:

(a) It is secret in the sense that it is not, as a body or in the precise configuration and assembly of its components, generally known among, or readily accessible to, persons within the circles that normally deal with the kind of information in question;

(b) It has commercial value because it is secret; and

(c) It has been subject to reasonable steps under the circumstances, by the person lawfully in control of the information, to keep it secret.

This is closely aligned with language used to define a trade secret in the TRIPS Agreement (article 39.2), which came into force on January 1, 1995 in all World Trade Organization member states.

The DTSA and the UTSA both define a trade secret as information, including a formula, pattern, compilation, program, device, method, technique, or process, that:

(i) Derives independent economic value, actual or potential, from not being generally known to, and not being readily ascertainable by proper means by, other persons who can obtain economic value from its disclosure or use; and

(ii) Is the subject of efforts that are reasonable under the circumstances to maintain its secrecy.

In both cases, such a broad definition of a trade secret could, in practice, encompass any type of confidential business information with commercial value, such as recipes, data, compilations, programs, client lists and methodology/knowhow.

Management of intellectual property assets can lead to opposing choices for companies, such as whether to disclose commercially valuable information in return for exclusive rights, or to keep information secret.

At the outset, there are some obvious advantages to trade secrets. Unlike patents, there is no requirement for a trade secret to demonstrate any statutory requirements before qualifying for protection. Therefore, trade secrets relating to subject matter excluded from patentability, such as abstract ideas, client information and experimental data may represent valuable assets.

“It is conceivable that the EU directive shall provide companies with greater flexibility and control over their clinical trial data.”

While patent protection in many territories is limited to 20 years from the date of filing, the period of protection conferred by a trade secret can be indefinite, as famously exemplified by Coca‑Cola’s formula and Kentucky Fried Chicken’s coating mix.

However, trade secrets do not confer exclusivity. The proprietor of a trade secret cannot enforce any rights over parties who can independently derive or reverse-engineer the same information. In addition, a competitor who discloses the trade secret, irrespective of means, could render it worthless.

Big pharma represents some of the most research-intensive companies in the world. Data generated from the research is pivotal to shaping drug development and is, hence, a coveted IP asset. However valuable they are, details of clinical trial methodologies and primary data are generally not patentable.

Companies argue that ‘negative’ data can also be considered a trade secret, for instance where failures can point drug development towards new patentable compositions, medical uses, and dosage regimes, etc. The EU trade secrets directive also appears to allow for this interpretation. Moreover, disclosure of such information could provide competitors with clues on avoiding pitfalls in drug development at no extra expense. Hence, it is conceivable that the EU directive shall provide companies with greater flexibility and control over their clinical trial data.

Although there are provisions in the directive for cases in which alleged unauthorised disclosure is exempted from the civil remedies, including “exercising the right to freedom of expression and information” and “for revealing misconduct, wrongdoing or illegal activity” in the name of public interest, it is up to individual member states to interpret whether publication of clinical trial data would fall within that scope of exemption.

For example, there have been high profile cases where clinical trials did not fully convey the safety profile of a drug, and as a consequence have put patients and clinical trial volunteers into serious, if not mortal, danger. Such information would presumably be considered in the interest of the general public. The EU clinical trial regulation explicitly states in article 81(b) that confidential information cannot be exempted from publication if there is an overriding public interest in disclosure. However, whether withdrawal of clinical trial data from publication is against the interests of the public can be determined only on a case-by-case basis.

The rapid advancements in bioinformatics have opened opportunities for biotech companies to develop platform technologies, most notably in the field of diagnostics. Diagnostic platforms focus more on large scale screening of genes, proteins and metabolites, than on individual molecules or cells, and derive value from their ability to distinguish between multitudes of diseases when paired with bespoke analytical software.

In practice, patent protection for combinations of biomarkers may not provide comprehensive protection (substitution of just one biomarker in a signature may allow competitors to work around a patent claim and patent protection of each individual biomarker may be economically unfeasible).

As such, analytical software and proprietary biological databases could represent valuable trade secrets. For example, a diagnostic device, although having a unique combination of biomarkers which is patent-protected, may only provide a meaningful diagnosis only when paired with relevant software. In addition, information captured by a diagnostic device could be kept confidential and used to further evaluate and fine-tune analytical methods. Hence, a combination of patent protection on unique arrays of biomarkers and trade secret protection over analytical software could provide complementary protection of IP assets.

Patentable subject matter in the US

The importance of trade secrets in the life science industry is becoming increasingly relevant in the US, where recent changes to guidelines for examination at the US Patent and Trademark Office have applied increasingly severe limitations on the patentability of natural products and methods using laws of nature.

In 2012, the US Supreme Court, in Mayo v Prometheus, declared that Prometheus’s patents related to the application of natural laws (namely, the metabolism of a drug) and therefore were not patent-eligible subject matter under US patent law. Similarly in 2013, the Supreme Court decided in Association for Molecular Pathology v Myriad Genetics that the isolated BRCA1 and BRCA2 genes, which formed the basis of Myriad’s patents, were merely products of nature.

These judgments created enormous legal uncertainty on whether diagnostics, genetic or drug screening methods are considered patentable subject matter. As a consequence, many biotech companies are vulnerable to exposing their inventions to competitors while being unable to seek adequate patent protection. Until the guidelines on patentability become more lenient towards the biotech industry, companies in the field of diagnostics may favour trade secrets over patent protection.

Patents have historically provided strong protection for a new composition, such as a new active pharmaceutical ingredient or a new molecular marker. However, as discussed, innovation in pharma and biotech industries also heavily relies on the protection of IP assets not otherwise covered by patent protection. Moreover, advancements in genomics and proteomics mean that many biological molecules are already disclosed to the public, and combined with the growing limitations on patentability in the US, are creating obstacles to claiming exclusive rights over the use of those compounds.

Indeed, companies which focus on developing a few blockbuster drugs for a select number of indications would clearly benefit from patent protection, whereas companies looking to develop diagnostics, personalised therapeutic regimes and the like could also benefit from ‘black box’ models, in which aspects of the invention are kept secret.

Andy Sanderson is a senior associate at Potter Clarkson. He can be contacted at: andrew.sanderson@potterclarkson.com

Ling Zhuang is an assistant at Potter Clarkson. She can be contacted at: ling.zhuang@potterclarkson.com