TPP: the challenges ahead for Mexico 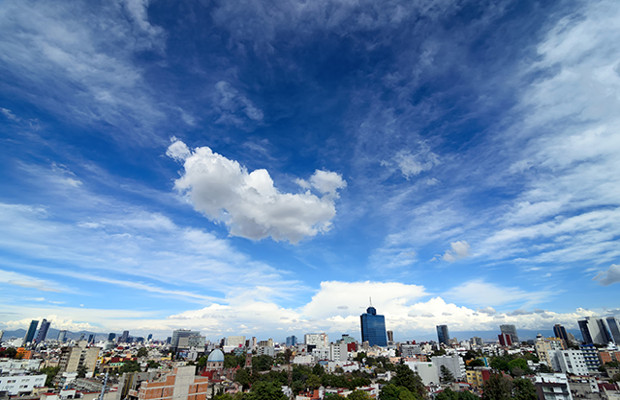 Mexico and other signatories to the TPP face a number of challenges on the IP front in implementing its reforms, as Iliana Ramirez Villaseñor of Leyva, Montenegro, Trigueros Abogados reports.

Intellectual property has been a field in constant change due to its global character and the new multilateral agreements being negotiated and executed around the world. In February, the Trans-Pacific Partnership (TPP) was signed by 12 countries. Mexico, a party to the TPP, will face great challenges with regard to chapter 18 on IP rights, to modify and adapt its IP system. The chapter seeks to ensure an efficient and effective enforcement system, including by providing higher standards of protection for IP owners, adequate civil and criminal procedures, provisional measures and border measures.

In the case of enforcement and the commitments derived from the signing of the TPP, specifically regarding article 18.74, entitled “Civil and Administrative Procedures and Remedies”, it is important to underline that there are no administrative procedures taken into consideration, and the text is focused on civil actions to enforce IP rights. In the event it is ratified by Mexico, it will represent a complete change in the Mexican legal framework regarding infringement and the manner in which institutions are organised.

One of the expected reforms is to redefine the way we claim material damages and compensation for damages in our civil law, an amendment that we expect after the ratification of the TPP and once the legislative process is complete.

With regard to the enforcement procedures for IP rights, the TPP establishes that they have to be fair, equitable and not costly, taking place within a reasonable time limit with no unwarranted delays. There must be effective remedies to prevent infringement and deter others from infringing the law and rights on future occasions.

Additionally, the TPP provides that each IP owner has to have civil judicial procedures, such as injunctive relief, for any IP right.The authorities have to order a party to desist from an infringement to prevent the entry of imported goods into their jurisdiction that infringe an IP right, and make available adequate compensation.

On this subject, the Mexican Industrial Property Law (IPL) establishes that the owner of any IP rights that has suffered an infringement by a third party has the possibility to claim compensation for material damages or indemnification for damages and harm.This shall be no less than 40% of the public sale price of each product or the price of the rendering of services where infringement of any one or more IP rights is involved.

However, in order to claim damages, the affected party shall first obtain a final ruling before an administrative court declaring the infringement and then the party can initiate the process to claim damages before a federal civil court.

Therefore, it is not enough to have a declaration of infringement to claim damages: a final resolution is mandatory in order to start this kind of action. This provision might take a lot of time considering that the Mexican Institute of Industrial Property (IMPI) takes about two years to issue an administrative declaration of infringement. In addition, that administrative resolution can be challenged by nullity claims filed before the Federal Court of Administrative and Tax Affairs and then by a constitutional appeal before a Federal Circuit court. The whole process to obtain a final resolution for the payment of damages and harm can take more than ten years.

Considering the above, it is not a surprise that IP owners refrain from claiming damages before a federal civil court. It is clear that those provisions in Mexico have been unsuccessful, ineffective and insufficient to avoid infringement. Even though in our law it is stated that 40% is the minimum compensation a rights owner can obtain, it is a requirement to prove that the infringement caused real damage and that the infringement was the reason for said damage. Furthermore, damage can be quantified by a judge only if there is adequate material evidence to measure the damage done in economic terms.

Unfortunately, infringers have benefited from those measures because they are able to distribute and sell their infringing products for many years before being sanctioned, which represents a profit, while the rights owner suffers an incalculable harm to its profits and prestige.

Benefits of the TPP

It appears that the TPP will change the status quo in Mexico, since modifying the current IP enforcement system from administrative to civil law may allow affected parties to claim damages concurrently with the filing of an infringement action.

Likewise, the TPP provides that in determining the amount of damages, the judicial authorities have to consider, among other things, any legitimate measure of the value that the IP owner submits, which may include lost profits, the value of the infringed goods or services measured by the market price, or the suggested retail price. A change in our law in which our legislative branch will have to determine if a specific percentage will be applied will have to take place.

In the same way, the TPP provides two options with respect to the infringement of copyright, related rights protecting works, and counterfeiting. The first, related to pre-established damages, is available on the election of the rights owner, and sets out an amount that would be sufficient to compensate the IP owner for the harm caused by the infringement, with the purpose of deterring similar infringements in the future.

"modifying the current IP enforcement system from administrative to civil law may allow affected parties to claim damages concurrently with the filing of an infringement action."

The second, known as additional damages, is focused on those which may include exemplary or punitive damages. The TPP provides that the authorities have to take into consideration all relevant matters, such as the nature of the infringing conduct and the need to deter similar infringements in the future.

Regarding those possible reforms in our current legislation, it is necessary to wait until the TPP is ratified and the corresponding laws have been reformed accordingly. Before there are any new legal provisions in the Mexican law, there is a legislative process lasting months or even years depending on the number of discussions the legislative branch has to have before approving any reforms.

In order to estimate the time a reform based on the TPP will take to be implemented in our country, it is important to consider that the legislative branch is divided into two chambers: the higher chamber, also known as the Senate, and the lower chamber, or the Chamber of Deputies. Either of those or even the president can present the initiative to be studied and reform any part of our IPL. Once the initiative is submitted in any of the chambers, the one that receives it starts the study and analysis of the proposal and, based on debate, will approve or reject the initiative. At this point, it is important to note that the approval can be partial or total, which means the possibility to discuss that proposal again and thus delay the reform.

If a proposal is approved by both chambers, the project of reform is sent to the president, and if he has no comments, the reform is published immediately. However, if the project is rejected in the first chamber where it was reviewed, there is no possibility to submit a new one until the next ordinary session of the Congress.

In another scenario, if the proposal is rejected by the second chamber, the project is returned to the first chamber with the corresponding comments, which can be approved by a majority of the members present.

If the project is approved, it will be sent to the president for the corresponding revision and its subsequent publication. In such a case, the reform will enter into force immediately or on the day that has been established for it.

Due to the above and the impact the TPP agreement represents in the IP field, it will be necessary to analyse the content and issue the appropriate reforms in our local legislation.

One of the elements each country needs in order to reach great competitiveness in this global economy is intellectual capital with an appropriate protection that encourages sustainable economic development. The government has to be conscious of the economic, cultural and social damage arising from the infringement of IP rights.

It is undeniable that Mexico and all the parties in the TPP face big challenges to adapt their legislation and their domestic institutions—in this particular case, the legal procedures to guarantee a real protection for and defence of IP rights constitute a challenge of great magnitude. There is also the opportunity to create a suitable protection system for IP rights with efficient standards which ensure successful protection for IP owners. However, in Mexico’s case, it is necessary for the ratification of the treaty and the legislative process in order to reform our framework in this regard.

Iliana Ramirez Villaseñoris an attorney at Leyva, Montenegro, Trigueros Abogados. She graduated from the National University of Mexico before completing a degree in intellectual property from the same university. She practises IP, life sciences and administrative law, working in the food, agrichemical, agricultural and pharmaceutical industries. She can be contacted at: iramirez@lmt.mx