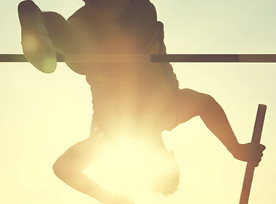 The proposed Trans-Pacific Partnership seemingly contains a bid by the US to increase standards for compulsory licences above those already in place internationally, say Sandra Kuzmich and Russell Garman of Frommer Lawrence & Haug.

The US is approaching the final stages of establishing a trade agreement with 11 Pacific Rim nations. This pact, known as the Trans-Pacific Partnership (TPP), aims not only to promote trade and improve economies in the Asia-Pacific region, but also to address various other issues, notably, intellectual property. Of particular interest to the pharmaceutical industry is a proposal by the US to increase standards for compulsory licences above the requirements that the international community already has in place.

A compulsory licence to use a patent is a legal provision that allows a government to license the use of a patented invention to itself or a third party without the consent of the patent owner. The use of compulsory licences has been agreed upon by members of the World Trade Organization (WTO) through the 1995 TRIPS Agreement. In the negotiations leading up to TRIPS, compulsory licensing was an area of intense discussion, as developing countries wanted the agreement to provide easier access to technology, while developed countries sought stronger protection for patented technologies. The result of those discussions is article 31 of TRIPS, which offers countries broad discretion in the use of compulsory licensing, but under certain conditions.

The requirements governing compulsory licensing among WTO members were revisited by the 2001 Doha Declaration on the TRIPS Agreement and Public Health, which was adopted to address the issue of patents preventing access to medicines for those in need. The Doha Declaration established that TRIPS does not restrict WTO members from taking measures to protect public health, affirming the freedom of each member to determine what constitutes a national emergency and the grounds on which the compulsory licences are granted.

To further expand the rights of governments to address public health needs, in 2005 WTO members adopted an amendment to article 31 of TRIPS, known as article 31bis. The amendment addressed the needs of countries that do not have the capacity or resources to manufacture generic versions of patented medicines by permitting the countries to import generic substitutes without interference from the patent owners.

Despite attempts by WTO members to assist countries with public health needs through compulsory licences, there are challenges and obstacles in the way of doing so.

First, countries are often reluctant to use compulsory licences out of fear of retaliation, which may be founded in instances of patent owners and/or their home countries responding aggressively to the use of compulsory licences to their patents. For instance, in response to Thailand’s use of compulsory licences to produce antiretroviral drugs that included pharma company Abbott’s lopinavir/ritonavir combination, Abbott accused Thailand of ignoring the patent system and elected not to launch any new medicines in Thailand as a protest. Further, in April 2007 the US Trade Representative (USTR) placed Thailand on its Special 301 Report, a watch list of countries that allegedly fail to provide adequate protection or enforcement of IP rights.

As another example, non-governmental organisations such as Doctors Without Borders suspect that increased measures to seize pharma products at the borders of countries in Europe were in retaliation to developing countries with compulsory licences that use Europe to transit drugs from India.

Second, the use of compulsory licensing is restricted or limited by commitments in bilateral agreements. The USTR often pursues trade agreements that require greater protection of IP rights than that afforded under TRIPS, referred to as ‘TRIPS-plus’ provisions.

The US has entered into 20 free trade agreements and many of these require, for example, specific restrictions or conditions on compulsory licences (eg, only as a remedy to anti-competitive practices, for public non-commercial use, for cases of national urgency, etc).

Apotex also had little incentive to participate in the process due to difficult negotiations with the patent owners and concerns that the term of the compulsory licence was too short to recover the costs of manufacturing the AIDS medicines.

The TPP and waiving TRIPS

While the negotiations surrounding the TPP are closed to the public and details of the agreement have been kept secret (which is itself a source of controversy and debate), drafts of the TPP have been leaked. Most recent is a May 16, 2014 version of the TPP released by WikiLeaks. In this version, article Q.Q.E.4 requires that compulsory licences (1) are “limited”; (2) “do not unreasonably conflict with a normal exploitation of the patent”; and (3) “do not unreasonably prejudice the legitimate interests of the patent owner, taking account of the legitimate interests of third parties”.

This proposal imposes restrictions on compulsory licences to which WTO members are not currently held, since article 31 of TRIPS does not limit the grounds or underlying reasons under which a compulsory licence may be used. In contrast, the second TPP condition (that the compulsory licence “do[es] not unreasonably conflict with a normal exploitation of the patent”) may be interpreted as a bar against any compulsory licence designed to expand access to a drug.

In a leaked previous version of the TPP, dated August 30, 2013, there was an additional provision that stated “[n]othing in this chapter shall limit a party’s rights and obligations under article 31 of the TRIPS Agreement or any amendment thereto.” Such a provision would have permitted countries to use compulsory licences as long as they met the conditions of article 31, regardless of whether the conditions in article Q.Q.E.4 are met, but this provision was removed in the subsequent May 16, 2014 version of the TPP.

Australia, perhaps in recognition of the fact that the reference to article 31 of TRIPS was omitted in the May 16, 2014 version of the TPP, recently proposed to add a footnote to the TPP stating “[f]or greater certainty, nothing in this chapter shall prevent a party from taking measures pursuant to article 31 of the TRIPS Agreement, including any waivers or amendments thereto”.

However, this footnote does not have the same impact as the TRIPS article 31 provision in the August 30, 2013 version of the TPP, because the footnote can be interpreted to mean that countries seeking compulsory licences can use the procedures set out in article 31 but would still have to comply with the conditions in TPP article Q.Q.E.4.

Proponents of the May 16, 2014 version of the TPP could also point to article Q.Q.A.7(b) as a potential means to address a healthcare crisis via a compulsory licence. This article states that the TPP “does not and should not prevent the effective utilisation of the TRIPS/health solution”.

The TRIPS/health solution is a waiver of TRIPS obligations for a developing nation facing a public healthcare crisis and having insufficient drug manufacturing capabilities. But using this type of compulsory licence is burdensome and requires that various safeguards are met, including information specifying the quantities of drug needed, evidence of an inability to manufacture the drug, numerous notices from an exporting country, and a guarantee that the drug will be used for public health services. Implementation of a compulsory licence under article Q.Q.A.7(b), therefore, is not a viable option for countries in urgent need of healthcare.

Therefore, while it is proclaimed that the TPP sets more flexible pharma IP rights protections for developing countries, the information leaked to the public about the provisions governing compulsory licences indicates otherwise.

The US must balance its economic responsibility to protect the IP of its domestic industries and its moral responsibility to aid those nations in a health crisis. Perhaps that balance may be achieved with requirements for using compulsory licensing that are less restrictive than those presently proposed in the TPP, such as a condition that more strongly encourages nations in need of a compulsory licence to work with the patent owner in exchange for relaxing the requirement that the compulsory licence must “not unreasonably conflict with a normal exploitation of the patent”.

The TPP is viewed as a template for future trade agreements between the US and other nations. Consequently, it is essential that the US strikes the right balance in relation to the provisions governing compulsory licensing.

Sandra Kuzmich heads the life sciences group at Frommer Lawrence & Haug. Her practice focuses on strategic IP counselling and product life cycle management in the areas of pharmaceuticals and biotechnology. She can be contacted at: skuzmich@flhlaw.com

Russell Garman is an associate at Frommer Lawrence & Haug. He focuses his practice on developing and managing global patent portfolios and on protecting life sciences technologies throughout their life cycle. He can be contacted at: rgarman@flhlaw.com