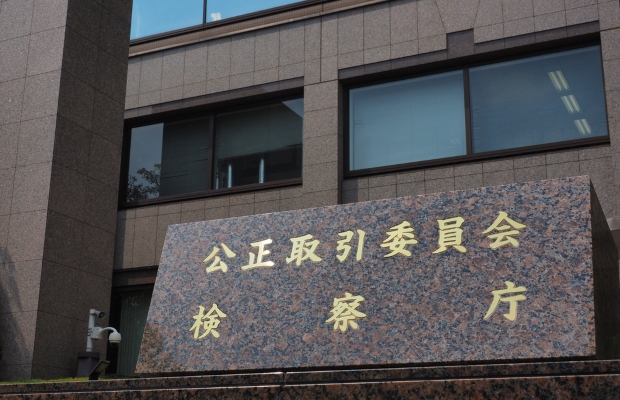 Should the MHLW and CSIMC consider competition in drug pricing, it would be necessary to formulate systems to utilise the expertise of a competition expert, namely the Japan Fair Trade Commission, says Takanori Abe of Abe & Partners.

On May 16, 2017, the Japan Biosimilar Association submitted a report titled “The Impact of Authorised Biologics (provisional name) on the Development and Promotion of Biosimilars (Report)” to the director of the Economic Affairs Division, Health Policy Bureau, at the Ministry of Health, Labour and Welfare (MHLW).

It reports as follows: “Authorised biologics significantly impact the R&D and penetration of biosimilars and may ultimately hinder further development of the whole industry of biological medicinal products.”

Is the concern of the Japan Biosimilar Association reasonable? How should we consider the impact of authorised biologics on biosimilars from the perspective of competition policy and health policy?

The situation in the US

In 2011, the US Federal Trade Commission (FTC) issued its Final Report, concluding that the consumer benefited from the introduction of authorised generic drugs (AGs) in the market, including paying lower prices from additional competition, and that patent challenges by generics have actually increased in the relevant period. The FTC Final Report is evaluated to have concluded that AGs are pro-competitive.

While this debate may have worked on the assumption that AGs would be small molecule drugs, with the passing of the Biologics Price Competition and Innovation Act in 2009, and a recent increase in biosimilar activity in the US, the same debate has started to enter the fledgling biosimilar space, leading commentators to ask how authorised biologics might affect biosimilars.

Because the market penetration for biosimilars has not been as quick as for small molecule generics, there may be little market incentive for originator companies to join the biosimilar market in the form of an authorised biologic. Since this interchangeable designation brings with it the ability to substitute the biologic for an interchangeable product at the pharmacy counter without the prescriber’s involvement, authorised biologics will likely be realised after the Food and Drug Administration (FDA) approves interchangeables.

The situation in Europe

While the 2011 Commission note did not include specific considerations regarding biological products and/or biosimilars, the granting of duplicate marketing authorisations as generics in the case of biological medicinal products has raised concerns from the generic industry about the likely impact on the biosimilar market.

“In Japan, the MHLW and CSIMC consider competition at drug price listing after approval but before launch.”

The situation in Japan

After the authorised biologic of NESP (darbepoetin alfa) was approved, the Drug Price Special Committee of the Central Social Insurance Medical Council (CSIMC) on March 27, 2019 discussed whether to calculate the drug price of an authorised biologic to be 0.5 times the price of the originator medicinal product, as is the norm with generic products, or 0.7 times the price, as with biosimilars. The tentative agreement was 0.7.

The discussions continued at the Drug Price Special Committee of the CSIMC on October 23, 2019. Committee members expressed the following opinions regarding these ideas: “A higher drug price than that of biosimilars would cause various problems, and the lower price would also cause problems. Therefore, for the time being, adopting the same price is painful but inevitable.”

On November 22, 2019, the Drug Price Special Committee of the CSIMC agreed that the drug price of authorised biologics would be 0.7 times that of their originator medicinal products, like biosimilars.

Differences between the US, Europe, and Japan

In Japan, drug pricing is conducted by the MHLW and CSIMC under the national health insurance system, with the application of the government’s drug price standards (official prices at the retail stage). It is unlikely that the JFTC will point out that the drug price decided by the MHLW and CSIMC violates the Antimonopoly Act. Although it may detect cartels of delivery prices, it is difficult to assume that the JFTC implements post-regulation.

Regarding the consideration of competition by the pharmaceutical regulatory authorities, neither the US FDA nor Japan’s MHLW have approval authority from a competition standpoint. However, in Europe, the European Commission considers competition for duplicate marketing authorisation applications. In Japan, the MHLW and CSIMC consider competition at drug price listing after approval but before launch. This is clearly reflected in the repeated emphasis on “maintaining an appropriate competitive environment” by Drug Supervisor Tamiya at the CSIMC.

Fundamentally, in drug pricing, the MHLW and CSIMC consider efficacy, safety, etc, and it is questionable whether they can consider competition. If they do, the current practice needs to be improved.

That is, as long as the MHLW and CSIMC have less expertise in competition than the JFTC, it is advisable to formulate the systems to utilise the expertise of the JFTC, a competition expert, including its economic analysis. In assessing a drug price for authorised biologics and preventing biosimilar companies from giving up biosimilar development because they cannot recover their invested capital owing to the launch of the authorised biologics, they could run simulations using a model to derive the relationship between the drug price, wholesale price, delivery price, and market share of authorised biologics and biosimilars, and predict how the profits of biosimilar manufacturers will change depending on the drug price setting.

The cost of biosimilar manufacturers is predicted based on development costs, including clinical trials and manufacturing costs. Based on these results, the break-even point for biosimilar manufacturers can be determined. Through the above simulation, it will be possible to some extent to find a turning point at which drug price biosimilar companies are unlikely to recover their invested capital.

In France, where drug prices are regulated as in Japan, a method for estimating demand, margins, and costs with a model that explores the Nash equilibrium of Bertrand competition is used, which is helpful in predicting the demand, revenue, and cost of authorised biologics and biosimilars in Japan.

Drug supervisor Tamiya’s proposal and committee members’ remarks at the CSIMC reached the 0.7 times drug price for authorised biologics and biosimilars after deliberating various factors. This leaves the rest to a “competition under price-cap” regulation and can be evaluated as a “painful but inevitable decision”. However, the JFTC’s expertise including economic analysis would allow more objective rather than intuitive evaluations and decisions.

The JFTC’s expertise can be used by applying the current system, but establishing new systems is also worth considering, such as an opinion request system and opinion statement system (article 79 of the Antimonopoly Act; article 180[2] of the Patent Act) to provide an opportunity for the JFTC to express opinions on drug pricing. Similarly, systems of judicial research officials (article 57 of the Court Act) and technical advisers (article 92[2] of the Code of Civil Procedure) could be instituted to enable them to hear expertise on competition from JFTC officials, academics and practitioners with deep knowledge of the Antimonopoly Act and obtain the expertise involved in the drug pricing discussion. Moreover, the findings of the US and European competition authorities may lead to an optimal solution, although the systems are largely different from the Japanese one.

In the NESP case, contrary to the prediction that authorised biologics of NESP would overwhelm the market, NESP biosimilars expanded its demand, which could not be covered by the supply. This partially results from the success of the Japan Biosimilar Association’s lobbying activities, but undoubtedly relies largely on the fact that the delivery price of NESP biosimilars was less expensive than that of NESP AG, with the reduction of bundled dialysis medical expenses.

What should be done if in these cases authorised biologics are adopted more than biosimilars, even though both drug prices are 0.7 times the originator price? It should be evaluated whether “an appropriate competitive environment” is maintained under which biosimilars just lose the competition and should not receive further relief, or if “an appropriate competitive environment” is lost, based on which the drug price of authorised biologics should be changed.

In addition, in conducting post-verification of whether “maintaining an appropriate competitive environment” has been achieved, operational and institutional design should be built to utilise the expertise of the JFTC, which is a competition expert.

Emphasis on patient choice and quality of healthcare in drug pricing

When considering competition in the drug pricing of authorised biologics, not only incentives to develop biosimilars but also patient access, quality of healthcare, therapeutic decisions by physicians, and patient choice, etc, must be considered.

The discussions at the CSIMC seemed to overemphasise the incentives to develop biosimilars, ie, the protection of biosimilar companies. Fundamentally, the protection of incentives to develop biosimilars ultimately aims to reduce drug costs. When authorised biologics are priced at 0.5 times the originator price, such pricing might lower the total drug cost compared to setting it at 0.7 times, which has been apparently never examined. This attitude would unavoidably provoke criticism that the national policy of promoting biosimilars has been overemphasised ahead of the ultimate goal of reducing drug costs.

From the viewpoint of patient choice and quality of healthcare, patients desire to obtain good quality medicines at a low price, and for that purpose, authorised biologics priced 0.5 times the originator price seems more beneficial for patients. However, the physician committee members gave no opinions to support this viewpoint. Taking advantage of the characteristic that the MHLW and CSIMC, the drug experts, consider competition and perform assessments in Japan, it may be necessary to examine the impact of authorised biologics with further emphasis on the factors of patient choice and healthcare quality.

Takanori Abe is a partner at Abe & Partners. He can be contacted at: abe@abe-law.com