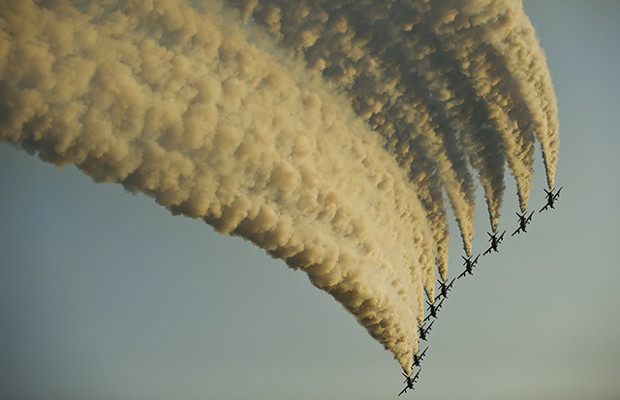 In a world where research projects are increasingly carried out by several parties in different countries, companies should consider a number of IP-related issues before embarking on multiterritorial collaborations, say Oliver Laing and Tony Proctor of Potter Clarkson.

It is often said that the world is becoming an ever-smaller place, and this is especially true in the field of medical research. Increasingly, given the complexity of the challenges facing modern medicine, no one institution can hope to be equipped with the full range of resources and expertise necessary to make significant breakthroughs. Instead, it has become the norm to expect that such advances will be attributed to multiple research teams, often based separately in a number of global regions.

Having often been created out of necessity, or to capitalise on emerging opportunities, such collaborations may be arranged on an ad hoc basis, resulting in loosely formed, informal arrangements. However, where these collaborations span multiple territories, differences in national laws and practice can create problems as the project progresses. One area in which this is particularly relevant is the generation, protection and exploitation of the resulting intellectual property.

For reasons of national security, legislation in most countries requires that under certain circumstances first filings are made at a particular national patent office, generally depending on the nationality or residence of the applicants and/or inventors. Foreign filing licences are available in some countries, enabling first filings to be made abroad.

National security and foreign filing provisions in a several key territories are outlined below.

US law requires that patent applications are first-filed at the US Patent and Trademark Office (USPTO) if they relate to an invention that was “made” in the US, regardless of the technology area. An invention might be considered to have been made in the US even if only a small part of the development took place there. This may have implications where inventions are conceived outside the US as a result of tests, such as clinical trials, that were conducted on US soil.

Foreign filing licences can be requested from the USPTO, but the procedure can take several days or even weeks.

UK, Germany and the Netherlands

Patent applications must be first-filed at the UK Intellectual Property Office (IPO) if an applicant or inventor resides in the UK and the application relates to certain military technologies. Similar legislation exists in Germany and the Netherlands.

The important factor is the country of residence of the applicants and inventors; UK law provides no distinction between British and foreign nationals. In addition, these requirements may still apply to Britons travelling abroad for short periods when they contribute to inventions overseas.

Foreign filing approval can be obtained very quickly from the IPO (although not in Germany or the Netherlands).

Patent applications for any inventions made in China must be first-filed domestically, regardless of the technology field. Chinese law offers no provision for obtaining a foreign filing licence. The national law requirements of several other countries, such as Spain and Russia, are similar.

French nationals and residents are required to first-file patent applications in France. The inclusion of French nationals in this provision is unusual and can cause difficulties for research collaborations. Foreign filing licences are available, and are often required as a result.

Indian law requires that patent applications are first-filed in India if an applicant or inventor resides in India. Foreign filing licences can be obtained from the Indian Patent Office, typically within about three weeks.

The potential incompatibilities between various national security provisions can present particular challenges for multiterritorial collaborations, and it is essential that the patent filing implications are carefully thought through at an early stage. Compliance with the requirements of national security laws is particularly important, as the penalties for failing to can range from patent invalidity to large fines, and even imprisonment.

As the patent laws of most territories are largely harmonised, it is generally the case that any invention will be owned, in the first instance, by the inventor or inventors, with the rights being transferred to a company or institution through the terms of a contract, such as a contract of employment. However, in some territories, exceptions to this principle exist.

In Sweden, under the so-called professor’s privilege, employees of academic institutions retain the right to be owners of any IP rights arising from their research activities, regardless of their obligations as employees. These rights may be transferred only through a separate agreement between the inventor(s) and a third party, whether that is the institution or a separate company (perhaps created to act as a rights owner). Similar provisions have been enacted in Italy.

In Germany, legislation dictates that rights to an invention are initially owned by an employee, and can be transferred to an employer only in return for monetary compensation. However, if the employer does not then seek protection for those rights, it may need to offer the rights back to the employee.

Such arrangements stand in contrast to those existing, for example, in US research institutions, where Congress has expressly granted such institutions the right to own inventions arising through publicly funded research.

"Compliance with the requirements of national security laws is particularly important, as the penalties for failing to can range from patent invalidity to large fines, and even imprisonment."

Given these differences, it is crucial to understand how IP rights arising from any collaboration will be owned. This means correctly identifying which parties will be the ‘first’ owners of such rights, and then ensuring that these rights are adequately transferred to the agreed parties.

The primary concern of any party entering into a research and collaboration agreement on a national or international level is the protection of its own IP and the IP generated through the collaboration. The more parties and territories involved, the higher the risk of novelty-destroying disclosures.

Accordingly, the agreement should carefully define:

a. The confidentiality regime;

b. Ownership of IP generated under the agreement;

c. Invention-reporting procedures, ensuring inventions are captured, controlled and promptly reported to other parties; and

d. The patent filing strategy, ie, which party has responsibility for filing and prosecuting applications, including provisions for resolving disputes over the scope of claims and territorial protection.

Any agreement should specify the law which governs the contract, along with the jurisdiction in which disputes should be settled. In a multiterritorial agreement, reaching consensus on this point can prove difficult. This issue is typically resolved in one of a number of ways:

a.  English law and jurisdiction remains the most popular choice for parties to sign cross-border commercial agreements. Due to the strong body of case law, English law is predictable, with a focus on giving effect to the commercial bargain struck by the parties. English law does not need to be combined with English jurisdiction. The requirements of the ‘Rome I’ and ‘Rome II’ regulations require EU member state courts to respect party autonomy on choice of law. A chosen governing law can be combined with a non-exclusive jurisdiction clause where parties want to retain the freedom to choose where to bring proceedings. However, such clauses risk parallel proceedings and inconsistent judgments, particularly when dealing with jurisdictions outside the European regime. Even within the EU, there remains the risk of ‘torpedo proceedings’. Exclusive jurisdiction is therefore generally preferable.

b.  Multiterritorial agreements often favour the use of arbitration in order to resolve disputes under schemes such as the Centre for Effective Dispute Resolution (CEDR). Binding arbitration has the advantage of providing both certainty and a private forum in which to resolve disputes. Awards rendered in arbitrations seated in a ‘New York Arbitration Convention’ state may be enforced in any of the other current 156 signatory states.

Considerations when drafting arbitration clauses include:

The seat of the arbitration;

The number of arbitrators and their qualifications;

Where the collaboration envisions the payment of royalties, careful thought should be given to the currency and mechanism by which payments are to be made, particularly in the volatile post-Brexit financial markets. If products are to be sold in multiple territories, with all payments to be made in a single currency, then the agreement should specify the method for determining an appropriate currency conversion rate.

A common solution is payment on defined quarter dates, with currency conversions being based on a spot rate taken in London on the date that the payment is due.

Increasingly, the demands of a modern research project require a collaborative approach. Nonetheless, as such collaborations will inevitably be subject to the laws and practices of the territories in which the contributors are based, it is vital that any differences in approach are fully considered.

As the generation of IP has the potential to create significant value, it is important to fully consider and address territorial issues at the outset.

Oliver Laing is a senior associate at Potter Clarkson. He is part of the dispute resolution and commercial team. He is an experienced IP solicitor, with expertise in negotiating and drafting IP licences, collaborations and commercial agreements, and providing strategic advice on IP protection, exploitation and infringement. He can be contacted at: oliver.laing@potterclarkson.com

Tony Proctor is a senior associate at
Potter Clarkson. He works with clients worldwide in the chemical and pharmaceutical fields. He is a UK and European patent attorney with experience in patent drafting and prosecution, and in representing clients at oral hearings before the European Patent Office. He can be contacted at: tony.proctor@potterclarkson.com