LSPN Connect: Challenges in the US patent landscape 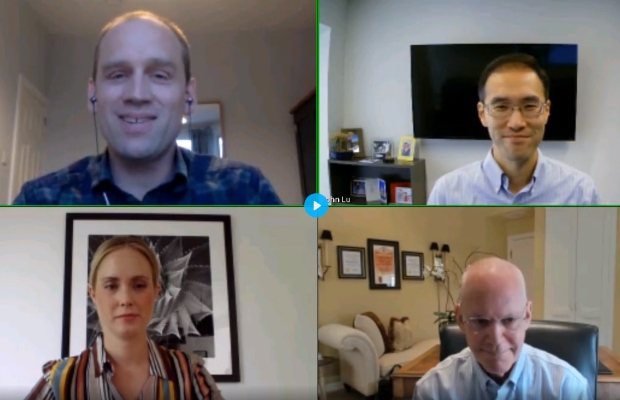 Innovations in life sciences have dramatically advanced the quality of US healthcare, while diagnostic tests and drug therapies that once seemed beyond our grasp have now become standard.

To deliver these life-changing innovations, inventors, investors and entrepreneurs depend upon patents to recoup capital expenditures. However, despite the critical importance of spurring and protecting innovation, patents covering game-changing technologies in the life sciences have been susceptible to validity challenges, as a LSPN Connect session discovered on Thursday, September 17, (watch here).

“One of the more surprising things to emerge in recent years is that life sciences patents have become increasingly vulnerable to challenges, in a sense that innovation has not been  [perceived as] enough,” said David Gindler, partner at law firm Milbank during the session moderated by World Intellectual Property Review editor in chief and publisher Peter Scott. Gindler’s fellow partners at Milbank, John Lu and Lauren Drake also participated.

Gindler explained that US section 101, in particular, had created problems for patent owners, despite the broad language of the act. “The way that the law has been applied over the past eight or nine years has led to profound changes in the ability to obtain and enforce patents in the life sciences field. For a long time the Supreme Court has tried to signal that the statutes should be interpreted broadly,” he said.

However, the case of Mayo Collaborative Servs v Prometheus Labs (2012), he explained, had “changed everything”, pointing out that following the US Supreme Court’s controversial ruling that there was now “a two step process” that was required in determining patentable subject matter. This, he added, had created a seachange in US patenting law.

“Everybody thought that this case would have a profound impact, but I don’t think we realised how profound an impact this would be...it has been significant,” he said.

This disappointing turn of events has resulted, he explained, in patents that relate to detecting or diagnosing—even if they have resulted in profound advancements—being declared invalid under section 101. “People have started to wonder if this test, and the way it is being applied, should really be the law of the land,” he said.

The panel went on to explore potential litigation strategies for asserting and defending against section 101 and 112 challenges, as well as potential patent drafting strategies for preventing attacks.

Drake also addressed the issues that had arisen in patent validity cases in life sciences over the past eight years. “The key theme in these cases is that they [the courts] largely turn on the scope of the claim,” she said.

The session also covered alternatives strategies to patent protection. “Trade secrets are often viewed as an alternative to patents, and also copyright protection, which may not be typically considered for the life sciences industry, but is worth considering given some recent [court decisions],” said Lu.