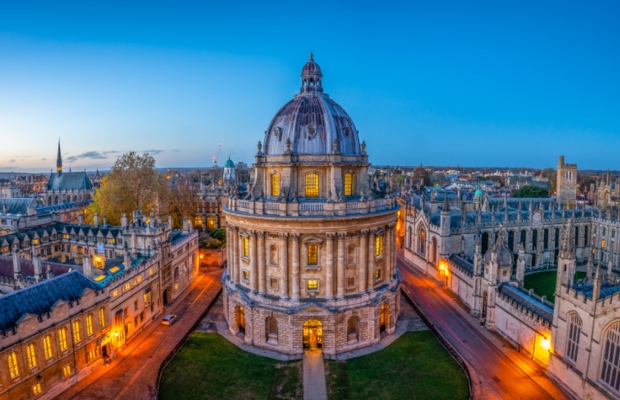 The COVID-19 pandemic has brought into sharp relief the crucial role that universities play in cutting-edge innovation. One story of the past year is the collaboration between research institutions such as Oxford University, and commercial entities like AstraZeneca, to rapidly bring a life-saving product to market.

Adam Stoten, COO of Oxford University Innovation (OUI), spoke to LSPN Connect last week about how the university has navigated the past year and managed the IP implications of releasing a vaccine in record time.

Collaboration between industry and universities is a balancing act between two fundamentally different types of entities. In the pharmaceutical industry, companies like AstraZeneca look to reap the commercial rewards and get a return on investment from research-intensive products like vaccines and medicines.

Stoten stressed that the world-famous university was fundamentally a “charitable institution”. As such, when it comes to IP and licensing, its considerations are not the same as those which govern a typical commercial contract. The university wants a share of profits generated from its inventions, which is then re-invested into “the core mission” of R&D.

But we are in an acute public health crisis, and the rapid speed with which vaccines have been brought to market is undoubtedly one of the biggest success stories in a bleak year.

For the duration of the pandemic, Stoten said, the university has shelved commercial interests and instead focused on broad access. This was devised early on, with direction from the very top of the university, he said, in the form of new licensing guidelines which should govern partnerships with commercial entities.

“The basic principle was to look to license royalty-free for the duration of the pandemic,” Stoten said. He continued: “We also set the expectation that our licensees would make available those innovations at an affordable price as possible.

“We also recognise that many of these innovations will have commercial value beyond the pandemic, and where licensees are making money in a post-pandemic scenario, we would like the university to receive a share of that.”

Ellie Purnell, patent director at HGF in Manchester, shared her expertise as an attorney with experience in securing IP rights on the types of collaborations such as that between Oxford University and AstraZeneca.

In her view, broad access for the duration of the pandemic is a healthy compromise between public health and commercial interests. “In that way, owners can still have their IP rights, but it’s not limiting access to vital medicines such as the vaccines,” Purnell said.

According to Stoten, it is important for OUI to ensure that certain principles are maintained in any licensing agreements arising out of its research: “We always seek to put obligations on a licensee, within sensible commercial parameters, that they will invest and develop the technology in a manner that will expedite its progress to a marketed product.”

“It’s simply not viable to license IP to a company simply for them to put it onto the shelf, perhaps because they have an internal product that they would prefer to push and they don’t want the Oxford product out there as a competitor. Even if they were to pay a lot of money for that, that would not be an acceptable outcome for us,” Stoten said.

The collaboration between Oxford and AstraZeneca succeeded in producing a vaccine that was approved for use in the UK by the end of 2020, just shy of 12 months after the first reports emerged from China of an outbreak of a new respiratory illness. The rapid speed at which vaccines and other pandemic interventions have been developed has, in turn, put pressure on legal professionals to ensure the associated IP rights are secure.

Purnell, a patent attorney who specialises in life sciences patents, described the effects of the unrelenting pace on her trade.

“It’s been a really busy year. We tend to work to almost any time scale. There’s been a few more where people are wanting things filed within a week or two.”

Purnell also noted the unusually high number of joint applicants on patents, reflecting the unprecedented collaboration prompted by the pandemic.

When the pandemic is over, what lessons can be learned for future research and product development? It may help build new relationships between researchers and commercial partners, or establish new ones. That could bode well for future medical innovations.

As Stoten said, “companies have become much more sophisticated in understanding universities’ needs. We’ve seen open innovation grow enormously in the past decade.”