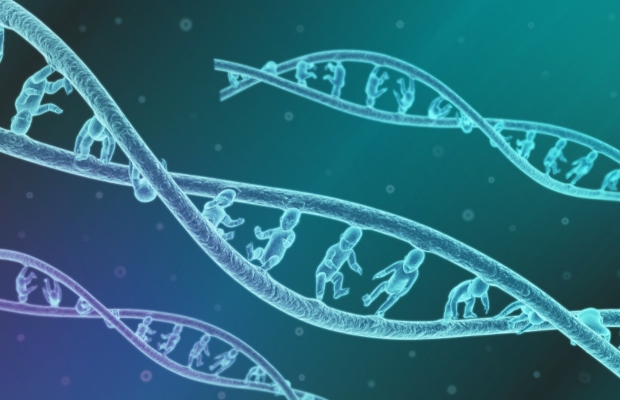 A Russian scientist is planning to create CRISPR-edited babies, despite the widespread condemnation levelled at the first scientist who created ‘edited’ twins.

Yesterday, June 11, science journal Nature reported that molecular biologist Denis Rebrikov is considering implanting gene-edited embryos into women, possibly before the end of the year if he can get approval from three government agencies, including the health ministry, by then.

Last year, Chinese scientist He Jiankui and his team, based at the Southern University of Science and Technology in Shenzhen, recruited couples with the intention of creating the first ever gene-edited babies.

The team planned to eliminate a gene called CCR5 with the hope of making babies resistant to HIV, smallpox, and cholera.

In November 2018, reports surfaced of a couple in the trial giving birth to gene-edited twin girls, provoking an outcry from scientists across the globe.

In the wake of the reports, scientists urged policymakers to implement a regulatory framework governing the use of CRISPR technology in humans.

At the time, Kathy Niakan, group leader at the Francis Crick Institute in London, said that if the reports were true then He’s work is “a highly irresponsible, unethical and dangerous use of genome-editing technology”.

Earlier this year, in March, World Health Organization (WHO) experts called for a central registry on human genome editing research. The call for a registry stemmed from a committee consensus that it would be irresponsible for any scientist to conduct gene-editing studies in people.

Now, Rebrikov, who is the head of a genome-editing laboratory at the Kulakov National Medical Research Center for Obstetrics, Gynecology and Perinatology in Moscow, is reportedly targetting the same gene as He (CCR5).

According to Nature, Rebrikov claims his technique will offer “greater benefits, pose fewer risks and be more ethically justifiable and acceptable to the public” than He’s work.

Rebrikov has also allegedly said that he already has an agreement with an HIV centre in Moscow to recruit women infected with HIV who want to take part in the experiment.

Patricia Carson, IP partner in Kirkland & Ellis’s New York office, said that scientists are right to be concerned about the use of gene editing in germline form.

“Modification to one gene can have effects elsewhere in the genome.  While Rebrikov says that he will only do it if he is sure of the safety of the procedure, the reality is that there is no way to be sure how the change will affect a child as they grow,” she added.

Julian Hitchcock, of counsel in Bristows’ London office, said: “The news that fertility clinics outside the UK have expressed interest in He’s techniques, and now that a Russian scientist plans to repeat the exercise, targeting the very same CCR5 gene, but in, he claims, a less risky and more ethically justifiable way, has done nothing to placate the empire of science.”

But, in Hitchcock’s opinion, a moratorium on gene-editing in humans is the wrong response.

“The moratorium response is natural to an international scientific community that had come together to draw up guidelines and limits on the use of genetic engineering using recombinant DNA.  But the world of 2019 is very different from that of 1975 Asilomar,” he said.

During the Asilomar Conference on Recombinant DNA, a group of 140 professionals drew up voluntary restrictions and guidelines to ensure the safety of recombinant DNA technology.

However, unlike genetic engineering, genome editing is not restricted to a few big institutions, said Hitchcock.

“On the contrary, CRISPR editing may be thought to be a bit too democratic. It’s cheap, easy, its products and practice are difficult to detect, and it is readily accessible. The bald fact is that the technology is ‘out there’, and legislatures have a duty to respond to the potential threats to public health that it may present,” he added.

According to Hitchcock, we may be entering policy territory more akin to that concerning cannabis, in which prohibition fosters a black market in unregulated and dangerous technologies.

He concluded: “This is why, much as we may wish ourselves elsewhere, we have to ask whether it would be safer from a public health perspective to permit access to licensed human genome editing provided that it meets acceptable standards.”

Claire Irvine, partner at the London and Oxford offices of HGF, added: “If IP did provide a solution to stopping the actions contemplated, then this would have been loudly voiced.”

According to Irvine, it appears that the University of California and the Broad Institute (two of the major players in the CRISPR landscape) are seeking patent protection corresponding to their foundational European patents covering CRISPR gene-editing in Russia.

“However, patent law in Russia (and more widely) mirrors rule 28 of the European Patent Convention in excluding patentability of processes for modifying the germ line identity of human embryos. Hence, patent claims do not provide a route to stopping gene-editing in embryos as such,” she added.

Rebrikov’s work also raises the question of whether any patent claim might be used to stop downstream activity and hence the type of embryo genetic modification contemplated, explained Irvine.

Patents can only be enforced when granted and there is actual known infringement or suspected infringement. Infringement is subject to exemptions which “may be raised where a scientist is alleging the carrying out of basic research with no commercial tie-up”, added Irvine.

She concluded: “I cannot imagine that IP is in his thoughts because it has no clear ‘bite’ to stop what is currently being suggested.”