SPCs: a call for clarity 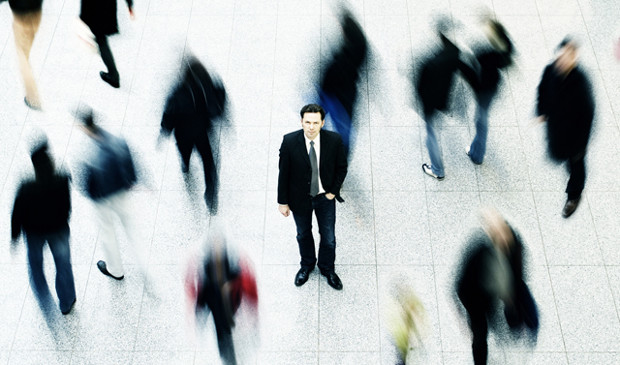 The CJEU has delivered its judgment in three SPC cases, in an attempt to address fundamental issues in the SPC Regulation, as well as uncertainties arising from earlier rulings. Although questions have been answered, others have been raised, say David Carling and Michael Pears.

Supplementary protection certificates (SPCs) are national rights in Europe that extend patent protection for medicinal and plant protection products. Their aim is to compensate patentees for the years of patent term lost during lengthy regulatory approval processes that are necessary to get such products to market. Given that up to five-and-a-half years of additional protection can be gained beyond patent expiry, SPCs are often hard fought over before patent offices and the courts.

In the aftermath of the Court of Justice of the EU (CJEU’s) ruling of 2011 in Medeva (C-322/10), two issues concerning the allowability of SPCs have arisen. One is the extent to which an active ingredient (or a combination of active ingredients) should be defined in the claims of the patent in order to be deemed ‘protected’ under Article 3(a) of the SPC Regulation (EC 469/2009).

Another is whether multiple SPCs can be granted, based on the same basic patent, under Article 3(c) of that regulation. These have been considered by the CJEU in C-484/12 (Georgetown University v Octrooicentrum Nederland), C-443/12 (Actavis v Sanofi), and C‑493/12 (Lilly v HGS).

The Lilly and Actavis cases both considered the meaning of ‘protected’ by the basic patent under Article 3(a). The English High Court found it difficult to apply the “specified in the wording of the claim” test set out in the CJEU’s Medeva judgment, and sought further clarity on how the matter should be addressed. In Lilly, the issue arose in relation to antibodies defined functionally by way of their binding to a particular target antigen.

In Actavis, the dispute was whether claims to the anti-hypertensive agent, irbesartan, in combination with a diuretic, could be said to protect the combination of irbesartan and the particular diuretic, HCTZ, even though the patent contained no mention of HCTZ.

The Georgetown University and Actavis judgments concern Article 3(c), and particularly whether obiter comments made in the CJEU’s ruling in Biogen C-181/95 meant that only one SPC could be granted for each basic patent (regardless of how many products were protected by that patent). Prior to obiter comments made in Medeva, national patent offices had been interpreting the comments in Biogen as allowing one SPC per product per patent.

In line with this previous thinking, Georgetown University had filed several SPC applications related to a cervical cancer vaccine (Gardasil®). The vaccine comprised multiple antigens, each of which was described for the first time in the basic patent, and SPCs were filed to either individual antigens or combinations thereof, based on the same marketing authorisation (MA) and the same basic patent. Each SPC based on Gardasil® will expire on the same day.

The CJEU decided the following:

1. In order for an active ingredient to be regarded as “protected by a basic patent in force”:

(a) It is not necessary for an active ingredient to be identified in the claims of a patent by a structural formula; and

(b) The use of a functional definition for an active ingredient will be sufficient provided that the claims “relate implicitly but necessarily and specifically” to the active ingredient in question when interpreted in accordance with Article 69 of the European Patent Convention (EPC).

Article 69 EPC states that the extent of protection conferred by a European patent is determined by the claims interpreted in light of the description and drawings.

1. Where a basic patent protects more than one product, then more than one SPC may be granted for that patent, under most circumstances, including those of the Georgetown University case.

While the ruling in Lilly clearly indicates that the use of functional definitions for products may satisfy the requirements of Article 3(a), and that the description may be used to interpret the claims under Article 69 EPC, other aspects of the ruling remain open to interpretation.

It is difficult to see whether the situation is now any clearer for national courts. For example, although the CJEU did not ultimately determine it in the Actavis case, it is not clear whether the claim to the combination of irbesartan and a diuretic “relates implicitly but necessarily and specifically” to the combination of irbesartan and HCTZ. Also, the CJEU considered itself unable to comment substantively on the interpretation of Article 69 EPC on the grounds that the EU is not a party to the EPC.

The interpretation by national courts of the new test for compliance with Article 3(a) will be eagerly awaited and it remains to be seen whether they will find it sufficiently clear or whether further references to the CJEU will be needed. By referring to Article 69 EPC, the CJEU has given itself an opportunity to refuse to provide further guidance on this issue. However, making it the responsibility of national courts to decide is unlikely to secure consistent decisions across Europe.

In addition, in Lilly, the CJEU commented negatively on the prospects of a patentee being granted an SPC on the basis of a MA awarded to a third party. Thus, where the patentee has not conducted clinical trials itself in relation to the patented invention, such an SPC application may be refused.

Although this was discussed in the English High Court, no questions regarding the use of third party data were referred to the CJEU.

The CJEU has finally clarified the statements made in the earlier Biogen and Medeva decisions regarding the number of SPCs that may be granted per patent: under most circumstances, it is clear that more than one SPC may be granted for a basic patent where that patent protects more than one product. The CJEU did, however, outline an exception to this general principle, which applies to the circumstances surrounding Sanofi’s SPCs.

The court expressed that a second MA cannot be used as the basis for an SPC for a combination product where one component of that combination was already the subject of an SPC based on the same basic patent, but the remaining product(s) are not protected as such by that patent.

It is noteworthy that this exception has been crafted such that it cannot easily be circumvented by way of a divisional application filing strategy. In what appears to be an effort to address concerns regarding evergreening, the CJEU states that each separate patent can confer entitlement to a new SPC only insofar as the combination represents “a totally separate innovation”.

In principle, this could mean that the claims of parent and divisional patents would need to be examined by the national patent offices to determine whether the relevant products are “totally separate innovations” for SPC purposes, similar to the assessment of double patenting that is made for continuation and divisional applications at the US Patent and Trademark Office.

Without further guidance on the criteria for making such an assessment, it is likely that different national patent offices will adopt divergent approaches when determining the validity of such SPCs.

The decision to allow multiple SPCs based on a single patent will surely be welcomed by many innovators and patent holders. However, the ‘fix’ that has been introduced to address Sanofi’s situation may bring about additional complexity for patentees seeking SPCs for combination products, along with an examination burden for national patent offices that is unlike anything previously experienced on SPC applications.

It is also difficult to see how the new Article 3(a) test can be applied to the cases at issue here with any greater success than the previous tests put forward. If the CJEU continues to refuse to provide further guidance on this question, then more calls for a substantive review of the SPC legislation can be expected.

All in all, the decisions do provide some clarity, but as we have come to expect with decisions on SPCs, they also raise many questions that leave lingering uncertainty.

Dr David Carling is a chartered and European patent attorney and an associate at Potter Clarkson LLP. He can be contacted at: david.carling@potterclarkson.com

Dr Michael Pears is a chartered and European patent attorney and a senior associate at Potter Clarkson LLP. He can be contacted at: michael.pears@potterclarkson.com