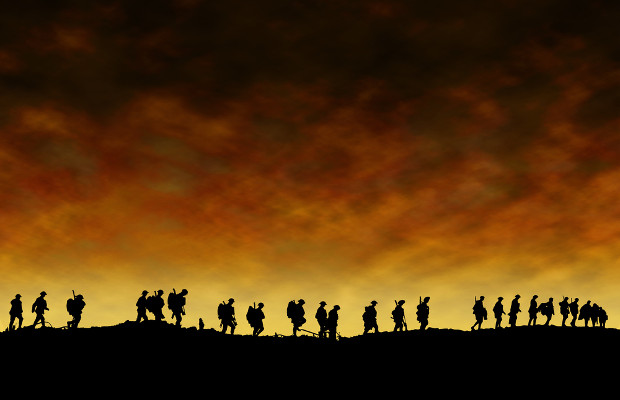 In an interview with LSIPR, Hans Sauer, deputy general counsel for intellectual property at the Biotechnology Innovation Organization, explains more about the big issues affecting it at the moment and how the trade association is responding.

“We’re looking back on a sustained attack on patents generally for the past decade,” explains Hans Sauer, deputy general counsel for intellectual property at the Biotechnology Innovation Organization (BIO).

“It is very clear that legitimate and very powerful commercial entities start bending patent systems according to their will, in a way that doesn’t account for the needs and the interests of life sciences companies,” says Sauer, stating that this is the biggest IP issue affecting BIO and predicting that it will continue to be.

The solution, he explains, is to continue educating the business community, the public at large and policymakers about the special dependency on IP that is seen in life sciences.

BIO is the world’s largest trade association representing biotechnology companies, academic institutions, state biotechnology centres and related organisations across the US and in more than 30 other nations. BIO members are involved in the research and development of innovative healthcare, agricultural, industrial and environmental biotechnology products.

With the clarification of the ‘patent dance’ rules following the Amgen v Sandoz case on biosimilars, Sauer says this area is still a “work in progress”.

The US Court of Appeals for the Federal Circuit held that participation in the patent dance by biosimilar applicants is voluntary, and in addition the mandatory 180-day notice of commercial marketing may not be provided before US Food and Drug Administration approval.

“There is uncertainty, but that uncertainty is in no way crippling or paralysing anyone,” says Sauer.

“All the companies I speak to look forward to the prospect of the patent dance in a very rational way. They are very calm and prepared and they know it’s going to come out in one way or another,” he says

The Biologics Price Competition and Innovation Act (BPCIA), Sauer explains, needs to work so that it provides meaningful notice and opportunity to resolve disputes quickly once the patent dance occurs.

“The statute is final and the law was passed. We don’t need to change the law like some might suggest; we just need to make the law work.”

Sauer suggests that it is best to address disputes before biosimilars potentially infringe patents, that is, before biosimilar products are launched, in order to avoid creating commercial uncertainties for parties in the market.

“One hundred and eighty days before a biosimilar is launched into the marketplace, the manufacturer has to give a separate notice to the patent owners. There has to be this meaningful advance notice and opportunity to resolve disputes.

“Even though the patent dance may not be unfolding how people would have expected, I think currently it looks as though the courts are nonetheless trying to achieve the overall objective of early notice and opportunity to resolve disputes before products have been launched.”

BIO tried to inform courts in the US on background information and provide guidance about what the disputes mean in a broader commercial context for the industry.

“It looks like this is already happening, at least in the first decisions that we have seen, but perhaps not in the way that was expected.”

Sauer explains that the statute has to work for everyone.

“Companies ranging from antibiotic discovery companies to industrial biotech find that their patent applications are now being rejected under new rules that nobody could have predicted 15 year ago.”

“At the end of the day, within BIO’s membership we have companies that produce innovative biologic pioneering products and some of our important member companies also need to legitimately enter the market with quality biosimilar products.

“Our membership reflects BIO’s position as a trade association. We very strongly feel that we must encourage and help the system so that it works for all participants, so that we get orderly entries of quality biosimilar products to the US market”, Sauer adds, emphasising that this is in BIO’s interest as an organisation.

One of the primary focuses that BIO has from an IP perspective is to encourage the US Patent and Trademark Office to reform its rules related to inter partes review.

“There are different courts which have different sets of rules, and we find that troubling.”

In order to encourage innovation in the biotech industry, BIO also advocates improved tech transfer from the public to the private sector.

“US taxpayers invest very generously in public biomedical research. Much of that research lays the foundation for meaningful products that need to be developed by companies because, although the government is very good at discovering basic biology, it is rarely good at developing real-life products which can be available for patients.”

Sauer explains that in the past 30 years, there has been good partnership within the biomedical industry.

“A lot of basic biologics have been discovered through publicly funded universities and national research centres, some of which are then transferred to the private sector for product development.”

Good partnership is an area that BIO strongly promotes in order to develop meaningful and simple rules which will help facilitate a system where technology can be disseminated into the marketplace for development.

The next big trend in the biotech industry, particularly where IP is involved, is linked to developing US patent law, Sauer says.

“We have had a change in the US, especially in the way the Supreme Court views patents, particularly when dealing with substances that are first discovered in natural samples or environmental organisms.

“Patents today are viewed as suspect. If you discover something that existed in nature, it will be more difficult to get a patent.”

Looking back 15 years, he explains that if a company discovered something new in some samples that was not previously known to science, the courts and patent office would applaud the greatness of the discovery.

This can be problematic as the effort of discovering the natural substances, characterising and developing them for human use is equally as expensive as the effort that goes into synthetic molecules.

“There’s really no difference in the development of these two types of products, but the law has began to draw huge distinctions. Companies ranging from antibiotic discovery companies to industrial biotech find that their patent applications are now being rejected under new rules that nobody could have predicted 15 years ago.”

The distinction between the two origins of substances is becoming a problem as the difficulty of obtaining patents results in companies shifting their focus to areas where they can get patents.

“This means that the drugs with the best patents are the ones that are going to be developed, and not necessarily the drug with the best science.”

With the changes in how products are being patented, as well as the sustained attacks on patents over the past decade, companies in the biotech industry are facing challenges on several fronts, Sauer concludes.