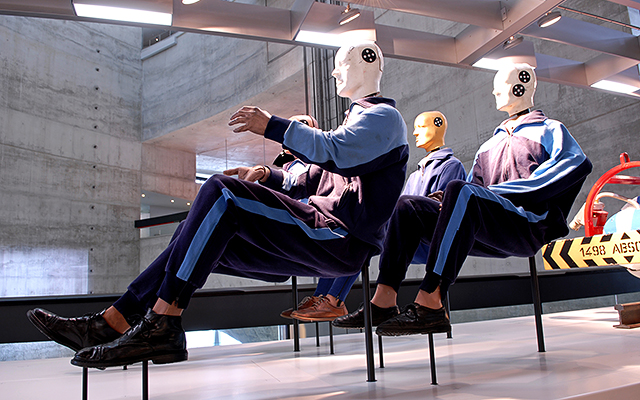 Previously for LSIPR, Jane Wainwright of Potter Clarkson investigated the emergence of self-colliding patent filings in Europe and their relevance to the life sciences. As the European Patent Office begins to review this issue at the highest level, she revisits the concept and why it is now being reconsidered.

However, the European Patent Office’s (EPO) boards of appeal held, in T1496/11, that a divisional application may, in certain circumstances, be considered to be a co-pending patent application for the purpose of assessing novelty of its own parent application (or vice versa). These applications can be described as ‘self-colliding’ (also commonly referred to as ‘poisonous divisionals’).

The damage due to the self-collision then occurs because the narrower subject matter of the divisional is a wholly encompassed specific example of the broader embodiment of the parent and, as a result, destroys the novelty of the broader claim in the parent application.

A typical example of self-collision would include a disclosure of a single antibody to a specific target (and which has a valid priority) in a divisional, whereas the claim of the parent that loses priority is directed more generally to binding molecules to the same specific target. Applying the logic of T1496/11 would lead to the binding molecules of the parent lacking novelty over the antibody of its own divisional.

Before T1496/11, and despite some academic consideration of the hypothetical possibility of self-collision occurring, it had never been seriously contemplated that a patent office would apply the concept. Therefore, the outcome of T1496/11 had, at least initially, worried many European practitioners because it placed a significant number of European applications in the potentially impossible-to-overcome situation of becoming prior art against a related application that had no possibility of a valid priority claim.

However, European practitioners have, relatively quickly, adapted their patenting strategies to limit the potential impact of self-collision. For example, preventing publication of a same-country priority application will prevent a priority-forming application destroying the novelty of the priority-claiming application; and ensuring that all commercially-significant claims filed at the EPO have a valid priority claim will prevent self-collision between parent and divisional.

Furthermore, the potential tidal wave of objections based on T1496/11 from the EPO itself has not come to pass. EPO examiners, whether intentionally or not, do not appear to have latched on to this decision as a means of objecting to one or more related patent applications in a family. Attacks using self-collision have, however, rapidly become popular in opposition practice, with opponents using self-collision as an effective way of revoking or forcing significant amendments with relatively little effort.

The issue of priority validity and its impact on availability of prior art, including self-colliding applications, was, in December 2014, the subject of further EPO boards of appeal proceedings. In T557/13, the issue in question has arisen based on arguments regarding the validity of the priority itself. Ultimately, however, it relates to a self-collision scenario with novelty of the divisional patent in question hinging on whether the claimed broader embodiment can validly claim priority to a narrower embodiment that is also disclosed (and has a valid priority) in the immediate parent patent application.

The prevailing case law applicable to whether the priority claim in T557/13 includes a divergence of opinion on whether a small number of narrow embodiments can give rise to any level of valid priority (including what is referred to as a partial priority) for a generic embodiment encompassing them.

The concept of partial priority has long been acknowledged to exist in relation to a claim covering a broader range of embodiments than the priority document, such that a selection of embodiments of the claim may be entitled to priority whereas other embodiments are not. However, this has previously been specifically where the claim in question lists each embodiment separately, so it is possible to clearly identify which of that list was also listed in the priority document and therefore entitled to priority.

Going to the highest level

The idea of notional undisclosed embodiments has not been legislated for or considered at the highest level at the EPO, so over the last few years the boards of appeal have come to differing conclusions regarding whether partial priority claims in this situation are possible. The board in T557/13 therefore decided that due to these conflicting boards of appeal decisions and their importance in assessing novelty, the issue of priority self-collision should be referred to the Enlarged Board of the EPO.

At the time of writing, the exact questions to be referred to the Enlarged Board have not been published. However, based on the proceedings in T557/13 to date, it is reasonable to suppose that the questions should, at least, cover the following areas:

Does the European Patent Convention (EPC) prevent the generic embodiment of the divisional and the narrower embodiments of the parent being given different effective dates?

If not, does the EPC allow for co-pending applications to include a parent application so that the divisional lacks novelty over its parent?

The answers to these (or similar) questions will provide a better understanding about whether self-collision is a real threat in European practice. In cases where this issue is currently live and critical to validity, the EPO will likely stay proceedings until the Enlarged Board’s decision is handed down.

The decision, when issued, will have a considerable impact on the future of claim drafting and divisional filing strategies in Europe. However, as it may be many months until the decision is issued, applicants should continue to ensure that they minimise their risk of falling into the self-collision trap.

Jane Wainwright is a partner at Potter Clarkson. She can be contacted at: jane.wainwright@potterclarkson.com.