Fighting like cats and dogs: protecting IP at Merial 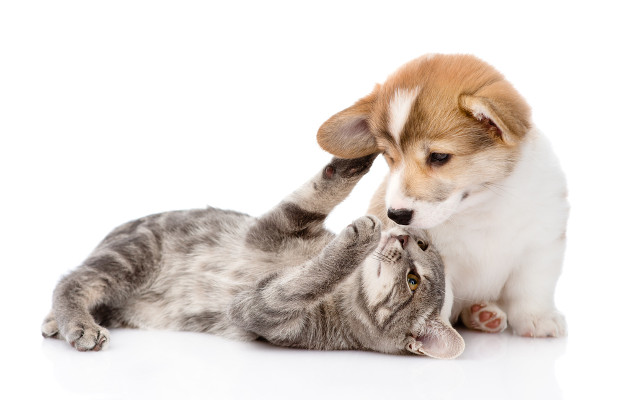 Merial, which is well-known for making products that kill fleas and ticks on cats and dogs, faces a number of challenges on the IP front, as global head of IP Dr Judy Jarecki-Black, tells LSIPR.

Patent attorneys are no longer sitting in the dark waiting for inventions to land on their desks, says Judy Jarecki-Black, head of intellectual property at Merial. Instead, they now have a key role in helping a company defend its inventions and implement its strategy.

The future for patent attorneys is “becoming more interesting” as their role has changed and they have become important to help a business “achieve its goal”, she says.

In the pharmaceutical and biotechnology industries, patents are an important way of stopping other companies applying for generic versions of their drugs. Patent attorneys play a significant role in protecting a business’s assets.

Pharmaceutical company Merial was founded in 1997 and began as a joint venture between Merck and Sanofi. It is now the animal health subsidiary of Sanofi.

The company reported in 2011 that its sales were more than $2 billion; it employs 5,600 people in more than 150 countries globally.

“We are the only animal health company that has sold more than one billion dollars in one year,” says Jarecki-Black.

One of the company’s best-selling products is Frontline Plus (fipronil and S-methoprene), which kills fleas and ticks on cats and dogs.

“We have a group of formulation patents around Frontline Plus, and we have undertaken litigation and a lot of patent prosecution to provide that.”

Merial produces products and vaccines for domestic pets, wildlife and farm animals. The company has to take this wide range into account when protecting its products.

Its IP department, according to Jarecki-Black, has “a 94% success rate” in protecting the patents on its products.

Jarecki-Black leads a team of IP lawyers in protecting its products and they are responsible for “identifying inventions, preparing and drafting patent applications, prosecuting the applications”.

She adds: “We’re responsible for doing oppositions and patent litigation globally; we also do all the due diligence.

“We also look at agreements and review licences in general. Merial has IP provisions that are not standard and ones that we have already provided. We review those and we help negotiate those agreements,” she says.

Merial’s research and development (R&D) is divided into pharmaceuticals and biologicals. The biologicals unit focuses on substances used to improve an animal’s immune system’s response against a disease. The pharmaceuticals department identifies chemical molecules with “potent” properties that work against animal health conditions. They focus on all major animal species.

“When I first got into patent law, animal health was way behind human health.”

“We do a tremendous amount of R&D in a lot of different areas, and each member of the animal group has its own products, its own unique needs.

Discussing patent challenges, she says that her department has a very high win rate.

“We haven’t lost many of them; we’ve won almost everything this year,” she explains.

“When I say patent challenges, that includes interferences and inter partes reviewswhich are broadly under that heading, so it isn’t just patent infringement. We haven’t lost a patent in several years.”

One of the few patent challenges Merial has lost in the last few years was in the UK.

In Omnipharm v Merial in 2013, the English Court of Appeal (Civil Division) found that patent number 0 881 881 was valid but that the 2 317 564 patent was invalid for insufficiency. The patents protected Merial’s Frontline products.

Jarecki-Black has what she describes as “a different kind of background from other IP lawyers”—she is a doctor of medicine, holds a PhD and is a research scientist. She helped develop and license a vaccine for Lyme disease.

“When I first got into patent law, animal health was way behind human health; there were a lot of variants in animal health and they just weren’t applying for patents,” she explains.

“This belief has changed significantly in the last five years and patents are now becoming very important to the commercial interests, just as they were in the human health race.

“When I arrived at Merial we were filing very few patents; we have increased filings by almost 700%,” she says.

“Only the patent expert can do this. It takes a person in the patent area who has a broad background to be able to look at it and say ‘here’s where I think we should be’ and ‘this is something that we think is going to be important’,” she explains.

Strategy is important if a company is trying to protect a patent which could last up to 20 years. Businesses are increasingly being challenged because if something is successful and is making profit, others “want a piece of the pie”.

This happened with Frontline Plus: Merial didn’t have to worry about defending its patents at first because “nobody else was doing it”, but once the product became more successful the company had to implement a planned strategy.

“Had we not had a workable strategy when the compound patent had expired, everybody would have come in,” says Jarecki-Black.

The IP industry is facing new challenges and one of those is the cost of prosecuting and defending rights.

This year LSIPR’s sister publication WIPR has heard first-hand of the changes which law firms and multinational companies are having to make in order to decrease the cost of protecting their IP.

“Everything becomes more expensive and patent litigation is unique,” she says.

“What has changed is that more people are looking for special litigators who also have the science background.”

“What’s unique about our field is that there was a time when people saw patent attorneys as ‘you sit out there and come and tell us if something is important’. We kind of did whatever it is we do in the dark.

“If all you’re doing is waiting for somebody to give you an invention … your company is losing a great resource and you’re not doing your job,” she says.

The role of patent attorneys has changed and they have forged an important new place for themselves within businesses. No longer are they waiting in the dark.