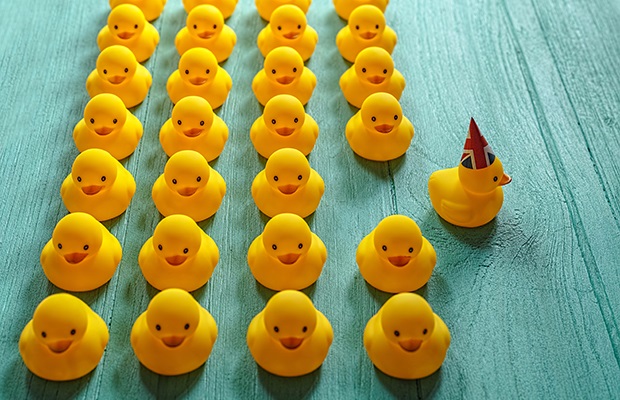 With the two-year Brexit negotiations underway, life sciences companies and their lawyers will be watching closely to see how their businesses and IP will be affected. LSIPR reports with views from the UK, France and Germany.

The UK is aiming to leave the EU by March 2019. This means a lot of things are set to change in the next two years.

Since the UK government started its withdrawal process in late March, the UK and the rest of the EU life sciences sectors have been trying to secure their IP positions.

According to Alasdair Poore, partner at Mills & Reeve in the UK, one of the aspects which will change in the life sciences area is research.

“The problems that universities are already experiencing are to some extent across multinational research groups, and there is uncertainty in putting together such groups,” he says.

Jason Rutt, at Boult Wade Tennant in the UK, says that Brexit will affect the country’s access to EU funding. According to Rutt, there are EU academic grants available in the life sciences to which the UK will no longer have access.

He adds: “Generally the UK does very well out of the academic grant pool, and it probably gets a disproportionate amount. A lot of life sciences IP will come from cutting-edge R&D and that is being done at academic institutions. As that funding dries up there will be fewer opportunities to create new life sciences IP.”

Poore and Rutt agree that the potential loss of the European Medicines Agency (EMA) from London will also affect the UK.

Poore says: “There is talk about the intention to move the EMA out of the UK and it seems pretty inevitable unless some sort of agreement is reached.

“At the moment there seems to be momentum for reaching an agreement in the short term that means it is likely that the EMA will be moved before the end of the two-year period.”

This, according to Poore, will have a big impact on some of the pharmaceutical bioscience businesses.

“There is a significant benefit from being closer to where the regulator is,” he comments.

“The UK was due to ratify in May but I think that will be delayed by the general election on June 8. The UK would likely ratify the UPC Agreement in June or July,” he says.

While there is a lot of focus on the departure of the UK from the EU, relationships need to be maintained. As Rutt explains, the life sciences is a global market, and for this reason, countries will continue to do business with one another.

Poore predicts that beside the question of exhaustion of rights, the relationship between the UK and other EU countries will remain neutral. Rutt and Poore both say that because the UK is part of the European Patent Convention (EPC), the rules will probably remain uniform.

Rutt explains: “On an IP level, I don’t think it will have a massive effect. We are a member of the EPC, and to be in the EPC you don’t have to be a member of the EU. UK courts follow the EPC decisions to a large extent.”

He adds: “Judges and IP offices have always cooperated around the world. They learn from each other and I expect that the UK Intellectual Property Office (UKIPO) and the UK courts will stay close to the EPC practice.”

Jan Krauss of Boehmert & Boehmert in Germany has a somewhat different view from that of the UK lawyers.

“Brexit is a disaster for British biotech, in particular for education and human resources,” says Krauss.

“The exchange of scientists between continental Europe and the UK will be more difficult and that will cause trouble for UK companies as they may have difficulty attracting people from other countries,” he adds.

According to Krauss, what is most likely to happen is that the UK over time will develop more independent rules and regulations relating to the patentability of life sciences inventions.

“In principle that is not a bad thing for the UK because the UK law is more liberal with respect to patentability compared to the continental European law.

“It’s still very likely that the British judges will look at Europe’s decisions, and the other way around, but I would anticipate that the British case law would no longer have the relevance to the continent that it has right now,” he adds.

"Many British firms have started to establish one foot in the EU market in order to make sure that they don’t lose anyone who wants to file in Europe."

Krauss explains that at the moment British case law is very much something that the rest of Europe makes reference to, and vice versa. This will be disconnected and is a problem because there will be less harmonisation, he adds.

“Less harmonisation is always difficult. For us lawyers it is going to be great, as the more problems there are, the more work there is for us. But from an industry point of view, it will be more complicated and more expensive.”

Laetitia Benard of Allen & Overy in France says that following Brexit, the French Health Authority (ANSM) will have to integrate Brexit into its recommendations and implemented processes, especially if the EMA is relocated to France.

“In this respect, the French Pharmaceutical Companies Association (LEEM) has stated that due to its unique geographical position and its multiple competitive advantages, Lille should be a first choice for relocating the EMA.

More generally, Benard explains, EU incentives in the life sciences sector (such as regulatory data protection, market exclusivity, or orphan drug status) might be affected depending on what would be created in the UK. Brexit would for that reason probably trigger a need for innovative life sciences companies to reconsider their market exclusivity strategies alongside their wider regulatory strategies, as they may not be able to rely automatically on the provisions currently built into EU law.

“This could, therefore, lead to increased uncertainty, both commercially and legally, for life sciences companies considering registering and launching new technologies in the UK, which in turn could also have potential implications for access to new medicines,” says Benard.

Supplementary protection certificates (SPCs) are currently granted by national patent offices, on the basis of EU regulations. This also goes for paediatric extensions of an SPC. Benard says that the future of SPCs in the UK is unknown at this stage, which creates a possible discrepancy between the rights that might be granted to a French company applying for a patent in the UK, and those of a UK company applying for a patent within an EU country that would allow the subsequent grant of an SPC.

Rutt adds that the only change he foresees with regard to SPCs surrounds the key dates for triggering a patent term extension. He explains that at the moment a drug can be approved either by the UK authority, or by the EMA.

“When the UK leaves the EU, it is likely that it will leave the EMA as it is an EU institution. The question is: ‘would the UK still base an SPC upon an approval date granted by the EMA?’”

Rutt predicts that anything that has been approved up to the end of the two-year Brexit period will continue as it was. But going forward, Rutt explains, patent extensions might be affected.

“If the UK decides that it will not accept future EMA approvals and that it is only going to accept approvals by the UK authority, then that would be the date that triggers the SPCs.”

Rutt clarifies that this is not something that is certain until the UK has gone through the article 50 negotiations.

“But the UK may well grant SPCs calculated by the UK approval date, so that means the UK patent term extension might be slightly longer or shorter than in the rest of Europe,” Rutt adds.

The UK is the biggest life sciences market in Europe at the moment, but might this change?

According to Poore and Rutt, it will not be affected enormously.

As Rutt says: “Clients applying for European patents (or unitary patents in future) do so via the European Patent Office. As the UK remains a contracting member of the EPC, nothing will change for clients wanting UK attorneys to file and prosecute European patent applications”.

Krauss however is optimistic for Germany. He says that Brexit means “getting rid of competition” for the German market.

“We do see in respect of the US that many American clients tend to go to the UK because of the language and longstanding connections with the UK. Now they will be forced to look for a continental European representative in addition to a UK representative,” he says.

As Krauss notes, it works the other way too—“it’s not only about Brexit, but also the EU’s re-entry into the UK”.