IP in Brazil: breaking down barriers 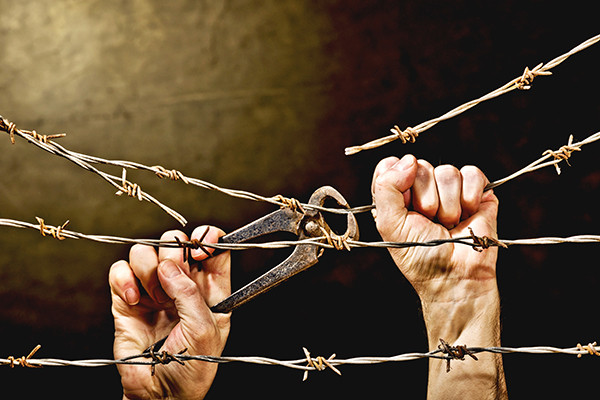 There still are some cultural, legal and procedural barriers that must be overcome before the potential of Brazil’s life sciences sector can be realised, as Gabriel Di Blasi and Mellina Mamede of Di Blasi, Parente & Associados explain.

Although Brazil has been ranked by the World Bank as the world’s seventh biggest economy, and is able to develop great technology, especially due to its extensive biodiversity, it has not become self-sufficient in the life sciences field.

There are several reasons for this. For example, Brazil used not to recognise patent protection for drugs and consequently greatly discouraged companies from investing in pharmaceutical technology. However, following the enactment of Law No. 9,279/96 (the intellectual property law), pharmaceutical products and processes could be patented in Brazil.

But even after the law’s enactment, the Brazilian life sciences industry still required deep knowledge and resources to develop products and processes. This led to the enactment of Ordinance 837/12, which aims to bring together domestic and foreign public institutions and private entities to execute productive development partnerships (PDPs).

Moreover, Ordinance 837/12 allows a private company to incorporate joint ventures or consortia and contract with public entities to develop products and processes, as well as transfer and acquire technologies.

Through this regulation, the Brazilian government’s goal is to access the mentioned technologies, developed by or transferred to Brazilian companies, in order to reduce the technology gap of the public health system and, over the long term, reduce the prices of related products and internally develop new technologies.

The government therefore supervises the interaction and development of PDPs during the first 12 months. If the government decides there is a lack of effective advance in the production and/or transfer of technology, it may terminate the partnership.

Some PDPs have been executed and accepted by the government. However, although it seems to be a good initiative for both industry and society, some barriers may still jeopardise the system. Sometimes, for example, a conflict of culture between the parties may disrupt the completion of its obligations, even if that conflict arises only because of a misunderstanding in communication, procedure, rules, laws, idioms, etc. Therefore, before settling the agreement both parties should understand the other’s culture.

Technology transfer in Brazil is still governed by Ordinance 435/58 of the Ministry of Finance. But it is an outdated rule and is based on protectionist measures against foreign commercial practices, focusing on the internalisation of the technologies and sometimes contradicting the parties’ wishes. Its application may directly conflict with Ordinance 837/12 of the Brazilian Health Ministry.

"there are tax incentives for developing technology, but for transferring/acquiring a technology there is a heavy tax burden."

The Brazilian Patent and Trademark Office (INPI) must record the following IP agreements: (i) trademark, patent and industrial design licences (IP licensing), and (ii) transfer of technology agreements (TTAs). The INPI maintains an integrated system with the Brazilian Central Bank (BCB) and issues a certificate of recordal that may be presented to the bank/broker in order to apply the remittance of payment. The BCB only accepts agreements recorded by the INPI.

Ordinance 436/58 governs the cap on the tax deduction on payments derived from IP agreements, which varies from 1 to 5% on the net or gross revenues depending on the technology and its industrial application. The INPI applies the caps to regulate royalty payments derived from TTAs, mainly when the parties are related entities (such as a parent and subsidiary).

In these cases, however, the INPI unreasonably restricts royalty payments to match the caps related to tax deduction, namely from 1 to 5% on net or gross sales. If the parties are not related entities, the INPI does not connect tax deduction to the payment and it may allow the recordal with a provision of a 10 to 15% royalty rate.

The INPI also applies a five-year time limit for the TTA application, although it can be renewed once for five more years but with no tax deduction for the second period. Agreements with non-competition/confidentiality clauses exceeding ten years are not acceptable, as the INPI has determined that such provisions amount to barriers to the transferee enjoying the acquired technology.

On the one hand, there are tax incentives for developing technology, but for transferring/acquiring a technology there is a heavy tax burden. Royalties generated from transfer of technology may also be subject to 35 to 40% taxes, which can be compensated or credited in foreign countries, as long as Brazil has ratified international treaties with them. Notwithstanding this, heavy taxation may discourage the parties from reaching an agreement.

The Brazilian public education system is something to be concerned about. Each year fewer students are interested in sciences and scientific studies. Overall, basic education is essential and academic performance is below average. This is due to low wages, poor qualification of professors, and the poor infrastructure of Brazilian schools. Professionals of Brazilian laboratories may not be qualified enough and may face difficulties in acquiring knowledge, which may lead to more time and costs during the application of technology transfer.

Private companies now are more engaged with public labs, and motivated to interact with either private or public entities to develop technology and acquire know-how. Besides, there are projects both in the public and private fields on the training of technicians and their performance on the acquisition of technology.

There still are some cultural, legal and procedural barriers that must be overcome before the potential of Brazil’s life science sector can be realised. Although there has been a technological gap in the pharmaceutical industry, particularly related to patents, the government is committed to developing technology.

Gabriel Di Blasi is a partner at Di Blasi, Parente & Associados. He can be contacted at: gabriel.diblasi@diblasi.com.br

Mellina Mamede is an attorney-at-law at Di Blasi, Parente & Associados. She can be contacted at: mellina.mamede@diblasi.com.br