LSIPR 50 2018: A decade in the making, a Parkinson’s breakthrough 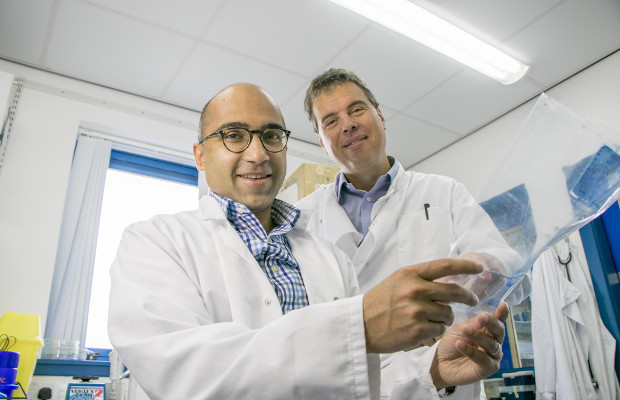 A team at the University of Dundee has announced a major breakthrough in the understanding of Parkinson’s disease. LSIPR heard more from Miratul Muqit and Daan van Aalten of the university’s school of life sciences.

Parkinson’s disease affects 127,000 people in the UK. With the prevalence of the disease becoming more common with increasing age—around five in 1,000 over 60-year-olds, and around 40 in 1,000 over 80-year-olds are affected, according to charity Age UK—it’s predicted to become an increasing burden on the population and the health services.

A study undertaken by scientists from the University of Cambridge, University of Hertfordshire and Imperial College London found that in 2010, disorders of the brain, including dementia, stroke and mental health issues, cost the UK around £112 billion ($157.3 billion) annually, with Parkinson’s disease picking up a tab of £2 billion.

Parkinson’s disease has many potential symptoms, including involuntary shaking of parts of the body. As the disease progresses, cognitive and behavioural symptoms may also develop.