Patentability of diagnostics: reasons for optimism 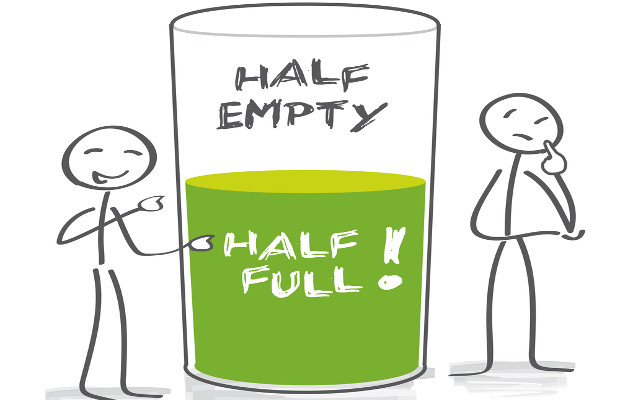 Despite the current unfavourable climate, there is still reason to be optimistic about patenting diagnostic method claims in the US, particularly if the claim is focused on a particular disease, biomarker, and/or treatment and includes an active step that applies the diagnostic information, says Kevin O’Connor of Neal, Gerber & Eisenberg.

Over the last five years, US courts have consistently declared patent claims covering diagnostics ineligible for protection. As in other fields, the vulnerability of such claims to eligibility challenges undermines confidence in the ability to protect intellectual property assets using the patent system. However, other avenues of protection (eg, trade secrets) for diagnostic tests may be limited in view of commercialisation and/or regulatory requirements. Innovative companies should glean guidance from these cases and continue to pursue patent protection for their diagnostic tests.

The US Supreme Court most recently addressed patent eligibility of diagnostic or prognostic method claims in Mayo v Prometheus in March 2012. The Mayo ruling established a two-part test for assessing patent eligibility. First, the claims are assessed to determine whether they are directed to a patent-ineligible concept, such as a law of nature. Next, the elements of each claim—“both individually and as an ordered combination”—are assessed to determine whether they transform the claim into a patentable application of the ineligible concept.

This second step is often referred to as the search for an ‘inventive concept’. The court offered little guidance on what constitutes an inventive concept in the eligibility context, only reinvigorating its earlier analysis that “conventional or obvious” activity is normally not sufficient to transform a patent-ineligible law of nature into a patent-eligible application of such a law. The court warned, however, that “too broad an interpretation of this exclusionary principle could eviscerate patent law”.

Despite this warning, lower courts have found an increasing number of diagnostic patents ineligible under the Mayo analysis. In Ariosa v Sequenom in July 2015, a panel of judges at the US Court of Appeals for the Federal Circuit held that Sequenom’s claimed method of detecting paternally inherited nucleic acid is ineligible for patent protection. In its request for rehearing en banc, Sequenom characterised the panel decision as “an existential threat to patent protection”.

The court issued a per curium denial of that request in December 2015. Judge Alan Lourie (joined by Judge Kimberly Moore and Judge Timothy Dyk) felt that Mayo compelled the conclusion that Sequenom’s claims were not patent-eligible but, nonetheless, harboured reservations that without further refinement the Mayo two-part test could take otherwise meritorious inventions out of the realm of patent eligibility. Sequenom has 90 days from the date of the rehearing denial to seek review by the Supreme Court.

The problem of inconsistency

One perceived flaw in the panel decision is its apparent internal inconsistency in striking down admittedly non-obvious claims for lacking sufficient ‘inventiveness’ to pass the second prong of the Mayo test. At the core of this inconsistency is the clear requirement that the claims must be analysed as a whole—both in the obviousness and patent eligibility context. Claims where “the subject matter as a whole would have been obvious” are excluded from patentability under section 103 of the patent statute.

Likewise, in the patent eligibility context, the Supreme Court explained in Diamond v Diehr that “claims must be considered as a whole”, meaning that “a new combination of steps in a process may be patentable even though all the constituents ... were well known and in common use before the combination was made”.

Even in Mayo, the Supreme Court reiterated the importance of considering claims as a whole by inquiring whether “the three steps as an ordered combination adds something more to the laws of nature that is not already present when the steps are considered separately”.

Nevertheless, Lourie and Moore felt “obliged to divorce Sequenom’s additional steps from the asserted natural phenomenon to arrive at a conclusion that they add nothing innovative to the process”. Divorced from the context of the claim, Sequenom’s steps of amplification and detection of nucleic acid were routine and conventional. However, it was undisputed that, before Sequenom’s invention, the amplification and detection of a paternally inherited nucleic acid from maternal blood, and use of these methods for prenatal diagnoses, were not routine and conventional. Thus, a claim that is non-obvious according to section 103 may nevertheless lack an “inventive concept” under section 101.

Despite the seemingly bleak outlook for diagnostic patents and applications, there remains some room for optimism. First, analysing what the patent-ineligible claims lacked—and what judges were looking for—provides insight into the types of claims that may be deemed to be patent-eligible in the future, even under the current state of the law. Second, the law on patent eligibility for diagnostic claims remains unsettled. For example, Dyk explicitly requested some further illumination from the Supreme Court on the scope of Mayo, particularly how it applies to a narrowly drawn claim where the inventive concept resides in a newly discovered law of nature or natural phenomenon.

“A new combination of steps in a process may be patentable even though all the constituents ... were well known and in common use before the combination was made.”

The decisions in the diagnostic arena must be analysed in view of the specific claim language at issue in each case. Neither the claims at issue in Mayo nor in Sequenom were crystal clear in their application of the natural phenomena recited in the claims. Thus, one can envision claims that could be distinguished from Sequenom and Mayo.

The patents in Mayo included claims directed to methods of optimising therapeutic efficacy comprising the active steps of (a) administering a drug to a subject; and (b) determining the level of a metabolite of the drug in the subject. No further active steps were required by the claim. The only other limitation was a clause stating that a particular metabolite level “indicates a need” to change the amount of the drug. According to the court, this clause “at most adds a suggestion that [the doctor] should take those laws into account”.

In applying Mayo, the federal circuit has held method claims to be patent-ineligible where there is no active step beyond merely identifying the correlation. For example, in PerkinElmer v Intema a method of determining whether a pregnant woman is at an increased risk of carrying a foetus with Down’s syndrome were held to be directed to ineligible subject matter. The claims analysed by the court recited the steps of (a) measuring the level of a screening marker from the first trimester of pregnancy; (b) measuring the level of a different screening marker from the second trimester; and (c) determining the risk of Down’s syndrome by comparing the measured levels. The federal circuit concluded that the claims were ineligible because “no action beyond the comparison was required”.

Many of the claims found invalid in Sequenom are similar to those in Mayo and PerkinElmer in that they do not recite an active step beyond detecting paternally inherited nucleic acid. The only claim that recites a further active step—claim 21—does so at a high level of generality. Claim 21 recites the step of “providing a diagnosis based on the presence and/or quantity and/or sequence of the foetal nucleic acid.”

Neither claim 21 nor any other asserted claim identifies what specific diagnosis was provided or to whom. As acknowledged by Dyk, even claim 21 “broadly encompasses any diagnosis of any disease, disorder, or condition”. Thus, the underlying issue with Sequenom’s claims may be that they are too broad. Indeed, Lourie, Moore and Dyk suggest that ‘over-breadth’ is the real flaw in Sequenom’s claims. Notably, several claims in Sequenom’s patent that were not challenged identify specific diseases or conditions that can be diagnosed using paternally inherited nucleic acid (eg, rhesus D status, pre-eclampsia, and chromosomal aneuploidy such as Down’s syndrome).

Diagnostic claims that have been found to be patent-ineligible often lack either an active step beyond merely identifying the correlation or are not tied to a specific disease, biomarker, and/or patient population. So a patent applicant should consider including an active step that indisputably applies the knowledge or information gleaned from the allegedly natural product or phenomenon. Furthermore, a patent applicant should consider including as much specificity around the disease, biomarker, and/or patient population as commercially practicable.

For example, a specific active step may include diagnosing a patient as having a particular condition on the basis of the presence of a particular biomarker or combination of biomarkers. Specificity in terms of the condition and/or biomarker has been identified as conferring patent eligibility. For example, even though it was not at issue, in 2012 Judge William Brysonin Association for Molecular Pathology v Myriad Genetics (at the federal circuit) singled out claim 21 of Myriad’s US patent number 5,753,441 as a patent-eligible application of knowledge about the BRCA1 and BRCA2 genes. In June 2013, the Supreme Court generally approved of Bryson’s assessment.

Addressing the issue in dicta for a second time, the federal circuit characterised claim 21 as qualitatively different from claims held to be patent-ineligible. Myriad’s claim 21 is directed to a method for detecting ten specific mutations in the BRCA1 gene, whereas the patent-ineligible claims encompassed detecting all alterations in the BRCA1 gene, including yet undiscovered mutations. Claims reciting a biomarker at this level of specificity do not invoke concerns of being too broad.

As another example, a specific active step may include administering a particular drug or class of drugs to a particular patient population. Even under Mayo, claims to new uses for existing drugs remain patent-eligible. There, the court stated that the patent-ineligible claims were “unlike, say, a typical patent on ... a new way of using an existing drug”. Claims reciting a step of administering  a drug to treat a patient population defined by the presence of a biomarker can allow commercially relevant protection, particularly for companion diagnostics.

However, as diagnosis and treatment are often performed by different actors, a patent applicant should carefully draft such claims to avoid the “joint infringement defence”, under which a method claim is not infringed when the claimed steps are divided between two or more parties acting independently. A patent applicant may wish to claim methods of treatment that include a step of administering a particular drug or class of drugs to a patient who has been tested and found to have a particular biomarker.

There is still reason to be optimistic about diagnostic method claims, particularly if the claim includes an active step that applies the diagnostic information, for example by administering a drug to treat a patient identified by the diagnostic test. Moreover, claims that identify a particular biomarker and/or disease are more likely to be deemed patent-eligible, as the risk of undue pre-emption of the underlying natural law or phenomenon is reduced as specificity is increased.

Kevin O’Connor is a partner at Neal, Gerber & Eisenberg. He can be contacted at: koconnor@ngelaw.com