SPCs and the unitary patent system: what now? 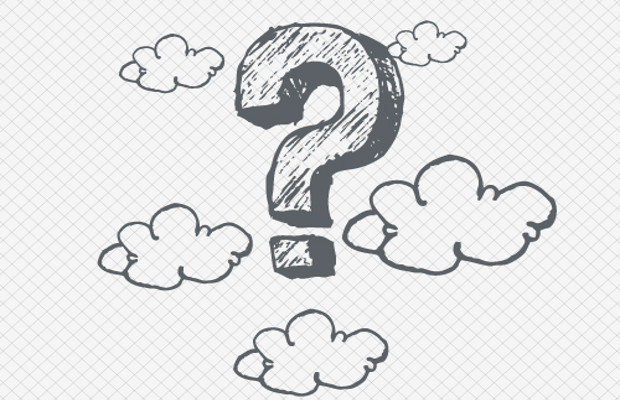 Brexit will have significant consequences for the UK regarding SPCs and the unitary patent system, while the UPC’s proposed start date of early 2017 looks highly unlikely, say Christopher Stothers and Paul Abbott of Arnold & Porter.

In December last year we wrote an article discussing the complexities surrounding the application of supplementary protection certificates (SPCs) to the unitary patent system. Since then the UK has voted in a referendum to leave the EU, but for now the UK remains a member of the EU, with all the rights and responsibilities that entails.

SPCs are sui generis rights created by EU Regulations 469/2009, concerning human and veterinary medicines (and 1901/2006 concerning paediatric extensions), and 1610/96, which concerns plant protection products (pesticides). On the UK’s exit from the EU, these regulations will cease to have any legal force in the UK. That lacuna will need to be filled.

It would be naïve to assume that this particular void will feature high on the political agenda. Brexit will lead to very many similar issues arising across the UK statute book. It is unrealistic to think that there will be sufficient time before the UK formally leaves the EU for all such gaps to be filled with new bespoke UK laws.

Therefore, in the short term at least, it is likely that there will be some kind of blanket transitional provision whereby the content of relevant existing EU regulations are adopted into UK law. That approach would protect existing SPCs and also maintain a level of continuity until the UK legislature is able to turn its mind to this area of the law.

In this scenario, the SPC system would continue to operate essentially as before, save that the UK courts would have the final say on interpretation of the provisions rather than the Court of Justice of the European Union (CJEU). Some might say that is an improvement on the current system: many of the problems which exist in the system are widely perceived to have come as a direct result of the CJEU’s taking an overly purposive approach to interpretation of the relevant regulations, damaging legal certainty.

However, this setup does lend itself to the risk of a real divergence in approach between the UK and its former EU bedfellows even when applying law which would be, on its face, identical.

Furthermore, the European Commission has recognised that the current SPC system has flaws and in June tendered for a pan-EU study of the system, including recommendations for reform. Studies like these are often used by the commission as the basis for legislative proposals. It is quite possible that the UK will leave the EU before any legislative change at the EU level. If the EU did subsequently change its system, would the UK follow suit?

Putting to one side the commission’s thoughts on the matter, in the longer term Brexit provides the opportunity for the UK itself to re-evaluate whether the SPC system really does achieve the core goal that it sets out to achieve—to incentivise pharmaceutical research—and to consider other alternatives.

“Given the economic significance of the pharmaceutical industry to the UK, the UK will surely take notice of what the industry has to say.”

For example, is a de facto patent term extension the best solution, or would it be better to offer extended data and/or market exclusivity for patented (or even non-patented) products instead? Or is a completely different solution available outside of IP/regulatory law (for example, favourable tax treatment, if permitted by any continuing restrictions on state aid)? Those questions would be more open to the UK alone than to EU institutions needing to reach a broad consensus starting from an existing framework.

If these questions are to be considered, the pharmaceutical industry would need to assist the UK to answer them. Given the economic significance of the pharmaceutical industry to the UK, the UK will surely take notice of what the industry has to say. However, it may be that the UK comes to a very different conclusion from the European Commission, even if the message coming from the industry is much the same in both instances.

As things currently stand, the unitary patent system can come into effect only after the Unified Patent Court (UPC) Agreement has been ratified by the UK. It seems politically unlikely that the UK will ratify the UPC Agreement before leaving the EU. Once the UK has left the EU, it cannot remain a party to the UPC Agreement because, under article 1 of the agreement as it now stands, the UPC “shall be a court common to the contracting member states and thus subject to the same obligations under Union law as any national court of the contracting member states”, and the UK would no longer be a member state.

Numbers (1) and (3) can be considered together. The core question is whether a UPC without the UK will actually be attractive to potential users. In many cases, particularly in the pharmaceutical field, the economic significance of the UK market will be such that there will need to be UK litigation, probably in addition to UPC litigation to cover (most of) the rest of Europe. That makes things little different from how they are now and, in effect, would create a degree of competition between the UPC and the UK courts.

In addition, the UPC will be deprived of the benefit of the highly regarded UK judges and the influence of UK litigation traditions such as disclosure and cross-examination. That last point could be seen positively (in terms of costs of UPC proceedings) or negatively (in terms of rigour and the proper delivery of justice). The UPC could certainly survive, even thrive, without UK involvement, but it would evolve rather differently without the UK’s being a part of it.

An important point is that the commission has shown great determination to get this system off the ground, even leaving behind major nations such as Spain in order to achieve it. It is unlikely that the setback of Brexit will deter the commission from continuing to push forward. There will be great reluctance to allow all of the work that has already been put in to go to waste.

From within the UK, there is some keenness to take option (2). For example, the Chartered Institute of Patent Attorneys released a position paper in August indicating its “strong preference” for the UK to participate in the unitary patent and UPC system, “if a solid legal basis for this can be agreed”. One would expect this to be the preferred option also for the user community, if the alternative were a UPC without the UK being involved.

The real difficulty with option (2) is that a fundamental renegotiation will be needed. Will there be sufficient political will to do that? It may be the case that the UK’s involvement in the unitary patent system is a point which is swept up into the broader Brexit negotiations, but in that case there is a risk that it becomes a mere pawn in a much bigger game. If it is left to one side until after Brexit then any possible start of the unitary patent system is likely to be considerably delayed, by which time any political will may well have dwindled away.

Right now, the UPC preparatory committee is continuing its work to get the UPC ready. One thing is for sure: the unitary patent system will not be commencing in early 2017 as previously expected. Indeed, the whole project is very much at risk while political uncertainty remains.

Christopher Stothers is a partner at Arnold & Porter. He can be contacted at: christopher.stothers@aporter.com

Paul Abbott is an associate at Arnold & Porter. He can be contacted at: paul.abbott@aporter.com