The PTAB’s biggest test yet 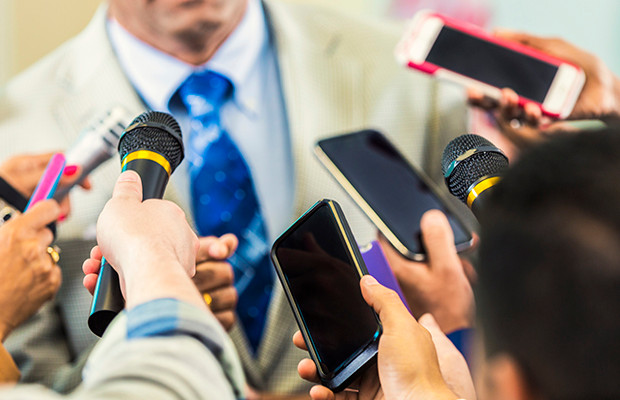 With the PTAB facing questions over its authority and even constitutionality, life sciences companies seem to be faring well, at least compared to other industries, as LSIPR finds out.

The Patent Trial and Appeal Board (PTAB) is facing major scrutiny as big pharma companies look at ways to avoid inter partes reviews (IPRs) and the US Supreme Court looks into the very constitutionality of the procedure.

Fast-forward one year and the IPR procedure became available, allowing any person to challenge a patent before a panel of administrative judges at the PTAB.

At the same time, post-grant reviews (PGRs) were brought into force but, unlike IPRs, which only become available nine months after the patent has been issued, PGRs are available immediately after patent issuance.

Five years on, the PTAB seems to have dropped the “death squad for patents” tag given to it by Randall Rader, the former chief judge of the US Court of Appeals for the Federal Circuit, particularly in the life sciences area.

Perhaps unsurprisingly, between October last year and the end of August 2017, the majority of filers came from the electrical and computer industries.

Of the 1,773 petitions initiated in that period, biopharma only filed 205 (11% of the total), and of the 505 petitions issued by the biopharma industry since September 2012, 63% have been instituted.

The latest statistics from full year 2016 show that claims were found unpatentable in 40% of the biopharma patent trials before the PTAB, that in 8% of the trials claims were cancelled or disclaimed, and that in 32% claims were found patentable. The remainder were settled.

That’s a much better outcome than for the electrical and computer arena, where 54% of trials have ended in claims being found unpatentable, and in chemistry, where the number hit 67%.

So why is this happening? The concurring opinion is unpredictability.

Justin Oliver, partner at Fitzpatrick, Cella, Harper & Scinto, agrees, adding that because of the unpredictability, it’s often more difficult to establish that a particular advance would have been obvious.

One particular deal sent shockwaves across the life sciences industry in September and may have major ramifications.

Pharmaceutical company Allergan announced that it had paid a Native American tribe
$13.75 million to take on the patents for a dry eye treatment.

In a bid to obtain immunity against an IPR, Allergan transferred its rights covering Restasis (cyclosporine ophthalmic emulsion) to the Saint Regis Mohawk Tribe.

The group has now filed a motion to dismiss the ongoing IPR, based on the tribe’s sovereign immunity from IPR challenges.

Almost immediately after the deal was announced, questions were asked such as was this a stroke of genius? Is it an abuse of sovereign immunity? Would the deal even work?

According to Eugene Perez, partner at BSKB, the deal starts to tip the favour back towards big pharma in IPRs.

“It’s a good avenue for big pharma to avoid the IPR process, although we still have the Hatch-Waxman litigation,” he explains.

For Mylan, the company that requested the IPR, Allergan’s deal was a “desperate tactic”.

Just days after the announcement, Mylan filed a statement at the US District Court for the Eastern District of Texas, Marshall Division, claiming that Allergan was “attempting to misuse” the tribe’s sovereignty to “shield invalid patents from cancellation”.

What seems to have most upset commentators is the idea that Allergan has violated the sentiment of state sovereign immunity.

The Native American tribe hit back against criticism in a further press release, stating: “It appears that the strategy is a concern only when a tribe decides to enter the same business for the benefit of its community.”

Allergan attempted to validate its plan in a statement: “This agreement allows Allergan to focus the defence of the Restasis patent family in the federal court system and avoid the double jeopardy created by the IPR process.”

It’s not the first company to make a deal with the tribe—according to Reuters, technology company SRC Labs transferred around 40 patents to the group in early August.

Perez adds that an appeal of the currently pending IPR trial is more than likely, so it will be interesting to see what the Federal Circuit will have to say.

This is an untested approach so it will very much be wait and see, but what other strategies can biopharma companies and their lawyers implement to ensure their best chances at the PTAB?

According to Dorothy Whelan, principal at Fish & Richardson who represents numerous patent owners, one issue that regularly crops up is due process.

“The way the process is set up means that post-institution, the patent owner really only has one opportunity to respond. The petitioner has two: they prepare the petition and then they can file a reply,” she says.

The Federal Circuit is keenly aware of this issue, Whelan adds, explaining that the court has been reversing or vacating and remanding a number of PTAB decisions because the patent owner hasn’t had a full and fair opportunity to respond.

In response to the Federal Circuit “admonishing the board”, the PTAB has started to change somewhat, granting patent owners’ sur-replies more often, says Whelan.

When a party does not have the right to file, it can request authorisation from the PTAB to file its arguments in a sur-reply.

As a practitioner, there are certain things you have to do to preserve the ability to raise these issues, Whelan adds.

“Make sure you lodge a timely objection with the board, typically after you receive the reply briefs, noting that the reply is improper and asking the board to disregard the filing or provide the opportunity to file a sur-reply,” she says.

Murphy adds that life sciences companies should be aware that their case may take a little longer to prepare in terms of witnesses.

He explains that these companies may need two to three experts (one for research, one for formulations, and a medical doctor), unlike in other industries such as the mechanical or electrical fields where there’s normally just one expert.

“The time needed to identify qualified experts and testing labs, as well as to source materials, requires life sciences patent owners to have a plan in place which enables them to act quickly in the event of a post-grant challenge,” he says.

If possible, always have a pending continuing application, adds Perez, who goes on to say that a number of disagreements are settled and, if you can settle before institution, it may be a good thing because the patent owner is in a “less favourable position” once a case has been instituted.

Whelan advises that, in terms of claim strategy, breadth is not necessarily your best asset. She acknowledges that this is different from the way a lot of practitioners have been taught.

“As a patent owner, you want a claim that’s going to mimic your label (picture claims) and give you the coverage you want but still narrow enough that you can fight off any IPR,” she says.

Staring down the barrel

Two years ago, the name Kyle Bass may have struck fear into the heart of many a biopharma patent owner. Now, not so much.

“Although Kyle Bass litigation was the talk of the town one or two years ago, it seems like biopharma companies are not as worried now,” says Murphy.

But that’s not to say Bass hasn’t had any success.

In June, the PTAB handed victory to the hedge fund manager in an IPR against a patent owned by European healthcare company Fresenius Kabi.

The patent, which centred on Fresenius’ anesthetic agent Diprivan (propofol), was invalidated by the board.

However, Bass has also been on the losing side of a number of petitions, including in February this year when the PTAB rejected his attempts to invalidate Pozen’s Vimovo (naproxen and esomeprazole), an osteoarthritis and rheumatoid arthritis treatment.

“The lack of any standing requirement in post-grant proceedings will continue to allow for challenges by a range of entities having diverse motives. So there will continue to be an economic worry in the sense that it is difficult to budget for unexpected challenges,” explains Oliver.

However, because challenges in the pharma arena have had mixed results, Oliver believes this may discourage the overall business model.

Whelan adds that Bass was a “flash in the pan and I don’t think we’ll see much more of that”.

Last, but certainly not least, is the case currently pending before the Supreme Court: Oil States v Greene’s Energy.

In June, the justices granted a petition filed by Oil States, which argued that the IPR process violates the right to a jury in an article III court (a federal court established under article III of the US Constitution).

For Whelan, all the speculation is just “looking at tea leaves”, while Murphy says that “people are trying to predict what the Supreme Court is going to do. It seems to be a trend for the court to reverse the Federal Circuit”.

In his opinion, the Supreme Court is “clearly anti-patent” as it has knocked down a lot of patents over the last few years.

Murphy admits he could be wrong, but he believes there’s a 50:50 chance that the court will reverse.

Perez agrees, adding there seems to be a real chance that patents will be deemed as property rights, resulting in the right to have a jury.

According to Oil States’s petition, patents are private property rights and actions to invalidate patents must be tried in an article III forum, not in an agency proceeding.

But, Perez adds, even if the PTAB is found to be unconstitutional, it doesn’t mean that Congress can’t pass a law changing this.

The biopharma industry is now waiting with bated breath. Will Allergan’s plan fall into place? Is the PTAB even constitutional? There are just so many questions; let’s hope we get some answers soon.