What drives the urge to merge? 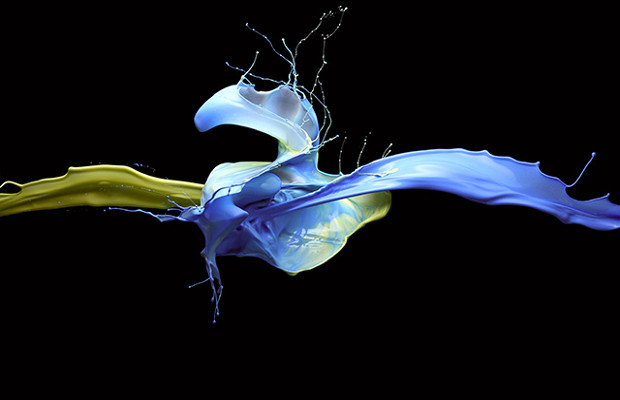 There is some debate about whether the ‘patent cliff’ or the need to innovate is driving M&A activity in the pharmaceutical industry, where billions of dollars have been spent in the past few years, as LSIPR finds out.

“If you can’t beat them, join them, or buy them,” says Neil Foster, partner at Baker Botts, about mergers and acquisitions (M&A) in the pharmaceutical industry.

In recent years, there has been a great focus on M&A in the industry. With deals worth billions of dollars being signed in the US and globally, it is becoming increasingly important to question whether and why the level of activity has been escalating.

According to a report by professional services organisation PwC this year, in the second quarter of 2016 there was a fall in the number of M&A deals in the pharma and life sciences sector compared to the previous quarter, but a 121% increase in deal value to $82 billion. The second quarter figure from 2015 was $48 billion.

One factor which is agreed on is that M&A, whether in the US or globally, usually happens with a big pharmaceutical company acquiring a smaller business.

However, the reason which drives the activity is less consistent.

Foster says: “The 1980s was a big boom time in the pharmaceutical industry as a result of an expansion and recycling of capital in the life sciences and pharmaceutical area, and in the last few years there has been a huge increase in activity for very large deals.”

In the past couple of years alone, billions of dollars have been spent on M&A deals. In 2014, Actavis acquired Allergan for $66 billion, and earlier this year Bayer proposed to buy Monsanto for the same amount—$66 billion.

It is worth noting that although the biggest transactions attract the most media attention, deals do happen on all levels. In a more recent agreement, taking place in 2016 and which is still in the early stages of completion, Allergan is acquiring Vitae Pharmaceuticals for $639 million.

Foster adds: “The larger deals have been driven by the patent cliff.”

The patent cliff, which refers to the expiry of patents resulting in the sudden loss of revenue, is an ongoing process. One of the best-selling drugs which has gone off patent is Pfizer’s Lipitor (atorvastatin), a cholesterol-reducing drug, which made upwards of $10 billion annually before the patent expired in 2011.

“In the instance of big pharmas, 20 of the world’s best-selling drugs have gone off patent, which is worth $250 billion in annual global sales,” Foster claims.

He explains that big pharma companies are in a position where they need to replace their drugs because their monopoly will be extinguished once a product comes off patent and this will result in their having to compete with generic producers.

James Shehan, head of Lowenstein Sandler’s regulatory practice group in New York, disagrees and says that the primary reason for M&A activity in the US in particular is the diminished productivity of big pharma companies’ research and development.

“There are, and have always been, patents expiring. Patent expiration is a normal state of affairs for our industry, not a one-time ‘cliff’, so it oversimplifies the situation to say that the patent cliff is the primary reason for M&A activity.”

Asher Rubin of Hogan Lovells in Baltimore adds another argument.

“First of all, I wouldn’t say that M&A activity in the US is escalating.

“It always has something to do with the patent cliff. But to say that it is due entirely to the patent cliff will be minimising the innovation that goes on and this would be unfair to the research and development.”

He adds: “M&A happens to fill up the pipelines. The drive comes from a desire to get into a specific market.

“Patents are an absolute necessity, but the reasons for M&A are individual for each company.”

Foster says: “Intellectual property gives a monopoly right to big pharma companies. However, the companies do not get monopoly forever; they get it for 20 years.”

The problem is, he further explains, 20 years of monopoly does not bring 20 years’ worth of revenue.

“Pharma companies get their patents relatively early in the process. Then they may only have their first commercial revenue two years following their patent approval. It may even take five to ten years before they receive significant commercial revenue. This leaves them with less than 20 years of revenue, and only a proportion of patented products lead to any return.”

Despite this, Foster stresses that consumers’ trust in the brand will be maintained, to some extent, even after patent expiry.

The role of IP

Whether IP drives M&A is a matter that can be argued. However, IP does undoubtedly play an important role in the process, for example in IP due diligence.

Foster says that this is done in two areas: ownership and freedom to operate.

“Due diligence of title and ownership of IP is relatively easy. It is important who worked on the innovation (not just the named inventor) and whether any rights might have ‘leaked’ out of the corporate group.

“For instance, the legal presumption is that consultants own the IP in their innovations even if they have been paid for the work, unlike employees. Their consultancy agreement must therefore contain an IP assignment clause.

“The second area is the freedom to operate, the ability of pharma companies to use the IP without infringing anyone else’s rights,” he adds.

Besides direct M&A activity, there are also many “prelude” activities to M&A. These involve corporate venturing—the investment of corporate funds in external startups—and new entrants.

“Corporate venturing is very active in the pharma and life sciences sector,” he explains. “It can be used to scout for new technologies as well as acquisition targets.

“After all, M&A is very costly and can be high risk. Getting to know companies early in their development reduces risk, can lead to earlier M&A and even if an acquisition is not made, the corporation has the potential to access licensing or partnering deals,” Foster says.

The number of corporate ventures has doubled in the last four years, Foster explains, and virtually every large pharma group has undertaken one.

With regard to new entrants, Foster says that the pharma and life sciences sector is also undergoing a number of disruptions, such as genomics, personalised healthcare, digital health, healthcare apps, remote diagnostic tools, and new connected medical devices, among others.

Foster explains that these fields are areas in which major telecoms, tech, data and media groups, rather than pharma companies, are dominant. Apple, Google, Samsung, Siemens and others are increasingly investing in and acquiring healthcare-related businesses and technologies.

Other new entrants include the major insurance companies—Aviva, for instance, now has a very active incubator and corporate venture unit, Aviva Ventures, according to Foster, and this trend is likely to continue.