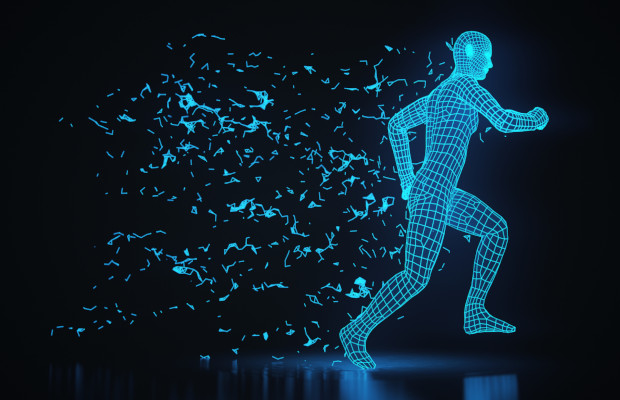 American biotech 3Scan is combining robotics with machine learning and automation to offer microscopy services for the 3D analysis of cells, tissues, and organs. LSIPR met general counsel Nada Rastad to hear about some of the patenting challenges.

Given the novel applications of emerging technologies such as robotics, it might be assumed that obtaining patents will be easy. But, as Nada Rastad, general counsel at 3Scan, has discovered, that’s not quite true.

“Robotics are implicated in all kinds of other fields—such as manufacturing and mechanics—that have nothing to do with biomedical applications,” Rastad explains.

3Scan is an American biotech which combines robotics with machine learning and automation to offer microscopy services for the 3D analysis of cells, tissues, and organs.

For Rastad, working in such a novel field, it was quite a shock to discover that one element of a recent patent filing was implicated in a range of inventions that have nothing to do with biomedical applications—including a Seiko watch.

What robots can do may be novel, Rastad explains, but ultimately, they’re just a sum of their parts. As a result, trying to patent any part of a novel robotic invention can be tricky, because a lot of general machining know-how can be implicated by the robotics design.

“In all the new developments that we’ve made, the biggest challenge has been dealing with getting things across the [patent approval] line,” she says.

Founded in 2011, 3Scan is still a relatively young company. It currently has one issued patent, four provisional patents, and “a bunch more” that haven’t yet reached the provisional stage, according to Rastad.

The lengthy nature of the patent process is a challenge for such a young company.

“As we’re growing and building, the long cycles for patents are difficult."

“As we’re growing and building, the long cycles for patents are difficult,” she explains.

Despite the challenges in securing patent protection, 3Scan is already thinking globally and plans to work with entities all over the world.

“It’s so important for global innovation that this technology doesn’t just sit in our backyard,” Rastad says. “We’re a research platform, so broadening our impact is going to make a difference in how we do medical research across the globe.”

3Scan is confident that what the company is doing is novel, useful, and fit for patients, but obtaining patents is still no easy feat.

“The law is always slow to move or adapt to emerging technology,” Rastad says, noting that even in a less technological or scientific field such as music licensing, the law is not quick to evolve.

“Healthcare is so important that the law might be quicker to act,” she suggests. “A lot of innovation is being held back by the current system.”

Many in the biotech industry are concerned that the Food and Drug Administration (FDA) prevents technology that would be functional and useful entering the market, Rastad explains. “That’s a huge roadblock.”

She adds that, although regulatory hurdles are in place for safety, it can cost hundreds of millions of dollars to get a new product approved by the FDA. This is very prohibitive for such a small company.

Rastad explains: “It puts a limit on the kinds of markets we can pursue as a company. Anything that touches patients or the clinical market as a diagnostic test will have to pass some level of FDA scrutiny.”

Despite being a fairly new company, 3Scan is collaborating with some big names to advance its work.

Rastad explains that the biotech’s biggest partner is drug developer United Therapeutics (UT). 3Scan is helping UT to map the cellular matrix and 3D structures of the human lung as part of a project aiming to 3D print tissues for transplant.

Collaboration is also a key part of Rastad’s day-to-day work internally at 3Scan.

“As general counsel of a company of 40 people, I basically work with everybody every day,” she explains.

These people include the engineers working on the robotic imaging platform, which Rastad says is important because “they’re the ones that are making it happen—they know best what they’ve built”.

“If I’m doing my job right, then I’m getting a really deep understanding of what they have built, why they have built it, and why it works. The only way I can get that knowledge is by sitting down with them, and having them explain it to me,” she says.

Overall, IP is “one of a million things” that Rastad says she is responsible for at 3Scan, but that’s not a bad thing.

With a broad overview of 3Scan’s activities and a deep understanding of its business activities, Rastad is able to contribute to the company’s goals and priorities, and advise on where each piece of work fits into the bigger picture, from patent applications, to product launches.

Nada Rastad, general counsel at 3Scan, will be taking part in a panel with a focus on the day-to-day challenges of in-house counsel at LSPN Fall 2018, on October 16 in San Francisco. Click here to find out more about the event here.