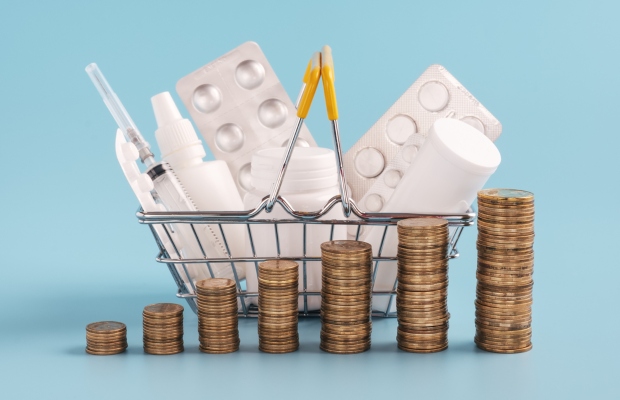 A Japanese think tank is recommending an overhaul of Japan’s drug pricing system. Takanori Abe of Abe and Partners reports. 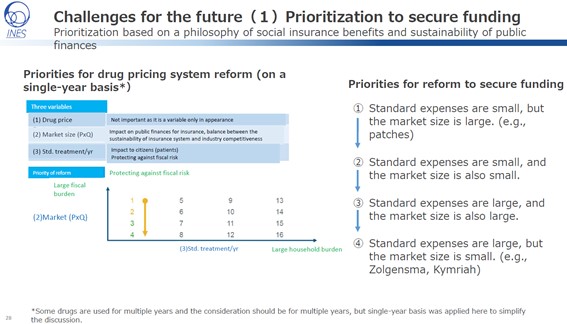 On May 28, 2021, the Institute for New Era Strategy (INES) published a reform proposal for a new drug pricing system. The purpose of the reform is to balance setting the upper limit of total drug expenditure commensurate with the level of medium- and long-term economic growth with the appropriate evaluation of the value of innovative drugs by introducing the “macroeconomic slide”, used in the pension system, to the drug pricing system (Figure 1).

The outline is as follows.

In recent years, the sophistication of medical care has led to the development of innovative drugs. Even though they fulfil the healthcare needs of people, they are often accompanied by high drug prices, and there are concerns about the momentary increase in drug costs and their fiscal impact. This, in part, has led to the frequent changes to the drug pricing system that may reverse the promotion of innovation.

With the premise of maintaining universal health insurance in Japan, in order to balance the burden of medical costs, which are expected to increase in the future, with the priority and continuous provision of innovative drugs, it is necessary to introduce a dynamic drug pricing system which balances the appropriate evaluation of the value of innovative drugs with the management of drug costs commensurate with the level of medium- and long-term economic growth.

The challenges of the current drug pricing system are as follows:

(iii) Global competitiveness of Japan as a market

Positioning the drug pricing system as a link between the fiscal policy (Insurance) and the industrial policy (Economy), both macro and micro approaches should be taken as a reform to solve the issues.

As a macro approach, a “drug expenditure macroeconomic slide (provisional name)” should be introduced to set the upper limit of total drug expenditure commensurate with the level of economic growth, and to secure alignment with public finances.

As a micro approach, a drug pricing system which properly reflects the value of innovative new drugs should be introduced.

Innovative new drugs and basic drugs should be excluded from the adjustment of total drug expenditures with macroeconomic indexing.

From the old theory that medical costs will destroy a nation to the recent theory that  Opdivo (drug expenditures) do the same, balancing a national health insurance system with medical finances has been an urgent issue.

In 1983, Hitoshi Yosihmura, Director for the Health Insurance Bureau of the Ministry of Health and Welfare (at that time), stated that, despite fears that the continuous increase of medical costs may destroy a nation, most people are not aware of the approaching crisis, probably because they can easily receive medical care with a single health insurance card.

Seiichi Satomi, MD and Director of Chemotherapeutics at Japanese Red Cross Medical Center, points out that immune checkpoint inhibitors such as Opdivo (nivolumab) are expensive, and also that their therapeutic effects before administration cannot be predicted because it is not clear in which patients they are effective, so they may be administered to patients who do not respond, which brings a poor cost performance.

There is a phenomenon in cancer treatment called pseudo-progression that the shadow in the image becomes large transiently, and after that it becomes smaller because of treatment effectiveness, which makes it hard to distinguish whether it is a worsening of cancer or pseudo-progression.

He also points out a problem whereby treatment is continued until just before the death of patients, not knowing the inhibitor’s effectiveness, which could be a wasted treatment. Considering the current situation that medical costs could destroy a nation, he recommends as a fundamental solution to ban all life-prolonging treatments for patients over the age of 75, as the drug prices cannot be lowered arbitrarily.

In response, Tasuku Honjo, a distinguished professor of the Faculty of Medicine at Kyoto University, a Nobel Prize winner, agreed that Opdivo’s drug price is high. He once asked a Pharmaceuticals and Medical Devices Agency (PMDA) official: “Why did you make it expensive?”

The official answered: “We wanted to support because it is a drug originating in Japan.” Honjo expressed sympathy for the PMDA, but said he thought the price may be set a little lower. Honjo comments that Satomi’s argument that inhibitors inflate medical costs is rather rough because Opdivo can be administered for about half a year and does not need to be continued for a long time.

Opdivo will not increase medical costs, if it continues to be effective for years to come, and no more treatments are needed. He also points out that more detailed calculations are required to examine whether newly developed expensive drugs will boost medical costs, taking into account the effects of shortening the treatment period and lowered drug prices.

On May 11, 2021, responding to the fact that Opdivo’s drug price will be reduced by 11.5% from August due to market expansion recalculation, Gyo Sagara, president of Ono Pharmaceuticals commented: “Opdivo’s drug price has already been reduced to one-fourth (due to the frequent drug price reductions) since its launch in 2014, but it will be further (reduced) by 11.5%.”

He added: “I think that there is a room for reviewing in various ways in the overall drug pricing system, and it is time to make wider consideration of a source of medical costs, not concentrating on the drug price.”

On July 27, 2021, Merck Sharp & Dohme (MSD) held a press conference titled “Institutional Issues in Recent Drug Pricing System Reform.” MSD commented: “Keytruda’s (pembrolizumab) price is lower than the drug prices in major countries with similar economic levels. We currently conduct a number of clinical trials in Japan to increase the types of cancer for which Keytruda can be used, but the fact affects investment decisions (as to in which countries indications should be increased).”

The company was responding to the fact that Keytruda is becoming a target of Repricing for Market Expansion, and the drug price has been reduced four times so far since it was set in February 2017, and the drug price from August 2021 will be 48% lower than the initial price.

With the premise of maintaining universal health insurance in Japan, INES proposes, as a prescription for the increase of medical costs and the reverse of innovation promotion, to introduce a drug expenditure macroeconomic slide (provisional name) and to introduce a pricing method which can reflect the value of drugs on drug prices, replacing the existing cost calculation method adopted only in Japan and to abolish Repricing for Market Expansion (Figure 1).

Professor Kazumasa Oguro of the Faculty of Economics at Hosei University, a director of INES, states that the reason why the public health insurance reform could not achieve the expected results and medical costs, as a ratio to GDP, continued to increase is because the reform philosophy of “what to give up and what to protect” is not established.

He also argues that reforms should be prioritised to secure funding. The reforms are prioritised among the four types of drugs specifically in the order of:

(i) Standard expenses are small, but the market size is large (e.g., poultices);

(ii) Standard expenses are small, and the market size is also small;

(iii) Standard expenses are large, and the market size is also large; and

Jun Hitotsumatsu, Director for the Budget, Budget Bureau of the Ministry of Finance, remarked on the necessity to drastically review the financial discipline for the drugs covered by health insurance and optimise drug expenditures. He stated about a measure for optimisation: “When new drugs are introduced in the Public Health Insurance System, we would like to carry out ‘Introduction in National Health Insurance System’ and ‘review of insurance coverage range and drug prices of existing drugs’ in a financially neutral measure, and seek a mechanism to restrain total amount of drug expenditures such as a ‘macroeconomic slide for total drug prices’.”

It is reported that the “macroeconomic slide for total drug prices” is based on INES’s reform proposal for a new drug pricing system. On the other hand, Hitotsumatsu said: “We would like to steadily introduce and strengthen a fiscal discipline related to the total drug expenditure, and we believe that in the current situation where a framework has not been realised, it is necessary to thoroughly expand the target items so that the current rules such as drug price revision every year, Repricing for Market Expansion and special repricing exert the maximum effect.”

This shows that he does not seem to accept INES’s proposal to abolish Repricing for Market Expansion.

Takanori Abe is the founder of Abe & Partners. He can be contacted at: abe@abe-law.com