ANVISA and INPI: the end of an impasse? 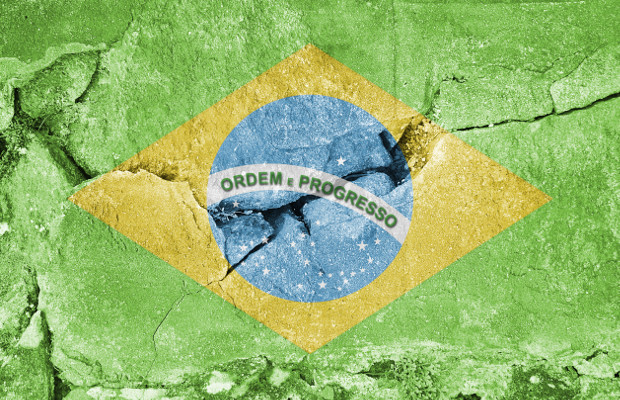 A disagreement over how pharma patents in Brazil are examined seems to have come to an end, as Breno Souza, Luisa Rezende and Silvia Costa of Clarke Modet & Co Brazil report.

The TRIPS Agreement was executed in 1994 as a result of the Uruguay Round of the General Agreement on Tariffs and Trade (GATT).

TRIPS included several technological fields as patentable subject matter in countries that had previously not recognised them. One remarkable example was pharmaceutical patents in Brazil.

Brazilian Law 10.196, dated February 14, 2001, modified Law 9.279/96 to include a provision that establishes that the allowance of pharmaceutical patents with the prior consent from ANVISA (the Brazilian Health Surveillance Agency, which is equivalent to the US Food and Drug Administration) along with the usual examination performed by the Brazilian Patent and Trademark Office (INPI).

Although the INPI and most experts claim that ANVISA’s analysis should be limited to a “health risk” analysis, ANVISA has always analysed patentability requirements in addition to the analysis on what is unsafe to health.

This led to a double tier examination procedure, in which both authorities analysed the patentability requirements of the same patent application.

Because of this, the two federal authorities were in a dispute for the role of examining patents.

This was basically a re-examination of the same patentability requirements.

In the case of conflicting results, when the INPI considered the case as patentable and ANVISA disagreed, the applications were rejected by ANVISA, but they remained pending at INPI.

In 2012, a new workflow for the examination of pharmaceutical patents was established by Ordinance 1065 of May 25, 2012. It had been developed by a working group formed by several Brazilian ministries.

The workflow is still in force today and holds that a pharmaceutical application should be sent to ANVISA for prior consent before being examined by the INPI.

If ANVISA denies the prior consent, this application should be returned to the INPI in order to be shelved, something that in practice has never happened.

The double tier examination handled by ANVISA and the INPI doesn’t always result in the same decision.

It should be pointed out that the criteria for approving patents under ANVISA were never clear to applicants nor to the INPI, since ANVISA has never published examination guidelines.

In fact, according to RDC 21/2013, a rule that guided ANVISA’s analysis during several years, not all pharmaceutical patent applications should be examined.

Prior consent should be denied to:

It’s clear that ANVISA usually analyses the patentability criteria based on the called “public health interest”.

The Brazilian Constitution of 1988 establishes that it is mandatory for the Brazilian government to provide free medicine to the population, which, according to several experts, explains ANVISA’s analysis.

On January 13, 2016, the INPI made a statement in a lawsuit that AbbVie filed against ANVISA, in which AbbVie questioned ANVISA’s role to analyse patentability requirements related to its drug Kaletra (Iopinavir/ritonavir).

This seems to be the clearest and strongest assertion ever made by the INPI against ANVISA. Some of the most relevant assertions were that:

In 2015, AbbVie filed a lawsuit requesting a preliminary injunction to annul ANVISA’s decision of denial of prior consent of patent applications PI0609173-3 and BR122012002864-9, which concern Kaletra.

The company argued that ANVISA does not have the right to analyse patentability requirements and the prior consent must be restricted solely to aspects related to public health, for instance, if the subject matter of the application refers to a substance prohibited in Brazil.

As indicated above, the INPI applied as an interested third party and filed an amicus curiae brief defending that the INPI is the only authority authorised to evaluate patentability criteria.

Federal Judge Márcia Nunes rejected the arguments of the plaintiff and denied the preliminary injunction.

“The criteria for approving patents under ANVISA were never clear to applicants nor to the INPI, since ANVISA has never published examination guidelines.”

AbbVie filed an interlocutory appeal requesting an advance relief, which was granted by the Superior Court judge. However, this decision was reversed shortly after and the final decision of the subsequent appeal is still pending.

Later in 2016, subsidiary AbbVie Biotechnology filed a similar lawsuit requesting a preliminary injunction to annul the ANVISA’s decision to deny the prior consent of applications BR1120130116994, PI0920027-4 and PI0716762-8, which cover Humira (adalimumab).

The company filed identical arguments in this case, and Federal Judge Caroline Somensom granted the injunction and compelled ANVISA to grant the prior consent of the applications and send the files back to the INPI for examination.

Although in some cases decisions have been unfavourable to plaintiffs, the jurisprudence is far more favourable for annulling the denial of prior consent of ANVISA.

The judges who are favourable to ANVISA’s interference in the double tier examination of patentability requirements are a minority.

It established the INPI’s procedure over applications that were submitted to ANVISA’s prior consent analysis. In this sense, the scenarios are the following:

In view of said document, the INPI issued in April last year the memorandum MEMO/INPI/DIRPA/Nº 055/2016 that ratifies the understanding of the Federal Attorney General’s Office opinion, but said it would be applied only to applications classified as being in the previous flow.

Despite this, so far the INPI has not changed its practice, and the applications for which the ANVISA evaluated patentability requirements (denying or not the prior consent) are in a limbo state.

The new workflow determines that ANVISA will be responsible for the analysis of aspects related to public health and then the INPI will evaluate patentability criteria. The denial of ANVISA’s prior approval should be issued only when a pharmaceutical product comprises, or the pharmaceutical process results in, a substance whose use has been prohibited in Brazil. In this case, the application will return to INPI to be definitively shelved.

Patent applications containing a pharmaceutical product or process considered to be of interest to the SUS may have the patentability criteria analysed by ANVISA, but the opinion issued by the agency will be considered as a third-party observation for the INPI examination.

In view of the above, this impasse between ANVISA and the INPI seems to have ended by finally defining the role of each authority. The Brazilian patent community is closely following the developments of this Joint Ordinance 01/2017.

Breno Souza is a consultant at Clarke Modet & Co Brazil. He can be contacted at: bsouza@clarkemodet.com.br

Luisa Rezende is a global account manager at Clarke Modet & Co Brazil. She can be contacted at: lcastro@clarkemodet.com.br

Silvia Costa is a consultant at Clarke Modet & Co Brazil. She can be contacted at: scosta@clarkemodet.com.br