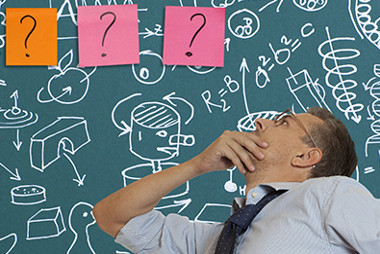 Digital healthcare, the confluence of medical and other biological fields with digital technology, is a vital part of patient treatment and healthcare management. This article discusses five of the current top intellectual property concerns for digital healthcare companies.

1. Will the changes in US software patent law affect your IP?

On June 19, 2014, the US Supreme Court issued its decision in Alice Corp v CLS Bank, holding that computerised abstract patent ideas are not patent-eligible. The post-Alice patent world has been filled with uncertainty and understandable fears regarding the patent eligibility of software patent claims.

Digital healthcare companies have not been spared this angst, since much of their innovation is protected by software patents and patent applications. Even when the underlying innovation is truly new and unique, a patent cannot be granted if the invention is not considered the type that is ‘eligible’ for patenting. Whether innovations implemented in software are ‘eligible’ is currently an open question without clear guidance from the US Patent and Trademark Office (USPTO) or courts.

The Alice decision, as well as later decisions from the US Court of Appeals for the Federal Circuit, applies a two-part test for eligibility to software-based claims. In the first part of the test, a patent claim is analysed to determine whether it recites an abstract idea. In the second part of the test, the claim is analysed to determine whether additional elements in the claim amount to “significantly more“ than the abstract idea, such that all uses in the abstract idea are not pre-empted.

Much of the confusion surrounding software-based claims is due to the first part of the test, since there has been no guidance regarding how to properly define an abstract idea. The Supreme Court explicitly declined to provide this guidance in the Alice decision, and the federal  circuit has not offered clear guidance on this point either.

What does this mean for patent applicants and owners? For starters, that a review of your existing IP may be needed to make sure that no eligibility issues have arisen due to the current (and retroactive) flux in the law. For new IP, additional details about specific implementations, advantages that differentiate your invention from the state of the art, and examples may all be useful in mitigating eligibility challenges down the road.

2. Do US patent law changes about “naturally occurring” or “natural phenomenon” subject matter affect your IP?

Additionally, the federal circuit in In re BRCA1- and BRCA2-Based Hereditary Cancer Test Patent Litigation found that a primer pair was patent-ineligible because “[t]hey are structurally identical to the ends of DNA strands found in nature” even though the gene sequences at issue were synthetically replicated.

Although not law, the USPTO’s guidelines are informative about what the USPTO considers to be patent-eligible subject matter. Under the two-part test provided by the USPTO, a claim is eligible if the nature-based product limitation exhibits “markedly different” characteristics from its naturally occurring counterpart.

For example, an isolated nucleic acid comprising a sequence with at least 90% identity to a naturally found sequence, but containing at least one non-naturally occurring genetic substitution, is eligible because the structural differences between the non-natural variant and the natural counterpart are markedly different.

Additionally, an isolated nucleic acid with an attached fluorescent label is eligible because the molecule has different structural and functional characteristics than the naturally occurring nucleic acid.

Digital healthcare companies with inventions involving a “naturally occurring” product or a “law of nature” must carefully draft claims in light of these decisions, as well as the USPTO’s guidelines. To streamline prosecution, these companies should consider explaining in the patent specification how its product exhibits “markedly different” characteristics from its naturally occurring counterpart.

Competitor digital healthcare companies may not perform all steps of a method claim themselves. For example, in the pharmaceutical industry, companies rarely perform method claim steps themselves, but generally direct others to perform such steps, for example in a label accompanying a pharmaceutical product. Therefore, patent owners may rely on inducement to obtain a finding of liability for infringement of a method claim. To establish inducement, direct infringement by another party must be established.

The Supreme Court in Limelight Networks v Akamai Technologies, held a defendant cannot be liable in the US for inducing infringement if two different parties perform different steps of a method patent, ie, divided infringement, where direction and control is not established between the two parties actually performing the method. Therefore, claims and patent specifications must be carefully drafted with these divided infringement issues in mind.

For example, a specification should clarify that a step directed to ascertaining the presence of a biomarker is “performed” by a physician ordering a test and not just by a laboratory carrying out the test. Moreover, appropriate language should be employed to ensure that the physician performs the treatment step. Therefore, claims should be drafted with an eye toward only one party performing or directing all the recited steps.

4. Can innovation be kept as a trade secret?

Since filing a patent application requires disclosing the “crown jewels” to the public in exchange for a patent, many digital healthcare companies prefer to keep their proprietary algorithms secret.

A trade secret is something that is not generally known to the public but which gives a competitive edge or market advantage to the holder of the secret.

Keeping a trade secret can be successful if all of a company’s innovative processes and systems are performed in-house, and rigorous controls are put in place to protect access to the processes and systems. For example, an analytics company might receive data from a partner, and then send back only the results of the analysis, so that the partner does not become privy to how the analysis is performed.

But relying on trade secret protection is not without risk. Even if it could otherwise keep a secret, a digital healthcare company may nonetheless have to disclose its processes to the FDA or other organisations, to show that its results can be trusted or to allow independent validation of its results.

Also, if the commercial product is a software tool, or operates using software, the underlying code can often be reverse-engineered by competitors. So deciding whether your innovation can be kept as a trade secret requires evaluating your internal processes, your trust in your employees and business partners, and the security of your physical and electronic facilities—as well as determining whether the innovation is the type of invention that can even be kept secret.

Another risk of keeping innovation as a trade secret is that a competitor may independently develop the same technology, and obtain a patent on it. Fortunately, the 2012 America Invents Act (AIA) addressed this concern, providing holders of a trade secret with a “prior user rights defence” so that they can minimise a charge of infringement based on technology they developed first, but chose not to patent.

5. Disclosure of inventions before a patent application is filed

Most countries across the globe have had an “absolute novelty” requirement, meaning that any public disclosure of the invention before a patent application is filed will typically be fatal to patentability.

With the AIA, the US has now joined that club, although some grace periods specific to the inventor are provided. While digital healthcare technology is exciting and rapidly advancing, innovators should take action to protect their innovation before publicly presenting the information.

Marsha Gillentine is a director in the biotechnology/chemical group of Sterne, Kessler, Goldstein & Fox. She counsels both innovator and generic pharmaceutical companies in matters relating to IP. She can be contacted at:  mgillentine@skgf.com

Michelle Holoubek is a director in the electronics group of Sterne, Kessler, Goldstein & Fox. She focuses on patent preparation, prosecution, and post-issuance proceedings in the software, digital healthcare, and optical fields. She can be contacted at: holoubek@skgf.com