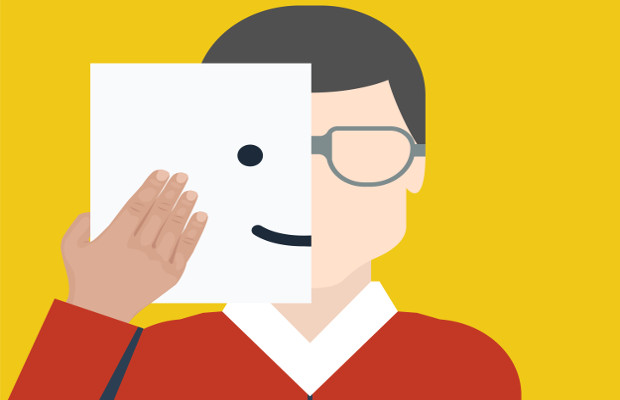 The European Patent Office has announced several reforms to its patent opposition procedures. Stephanie Pilkington and Ling Zhuang of Potter Clarkson consider some of their implications for centralised patent revocation in Europe from a life sciences perspective.

Changes in July to opposition practice at the European Patent Office (EPO), as well as the decision of the Administrative Council (AC) of the EPO to reform the boards of appeal, reflect a common theme—the need for greater efficiency at the EPO. These reforms have occurred at a time of speculation about how the possible co-existence of the Unified Patent Court (UPC) alongside the established EPO opposition procedure will affect decision-making surrounding attacks on the validity of European patents.

The post-grant opposition procedure at the EPO is currently the only system by which third parties can centrally challenge the validity of a granted European patent in all 38 member states of the European Patent Convention (EPC). This mechanism offers a well-established, cost-effective and convenient way of settling any third party issues in one proceeding compared to separate national invalidation procedures.

Opposition proceedings can often take several years to resolve. However, these extensive timescales have been a source of inconvenience and uncertainty for users of the opposition system and are in marked contrast to the timescales proposed for UPC revocation actions. An EPO notice on opposition procedures which came into effect on July 1, 2016, aims to streamline opposition at the EPO and reduce the time taken for a first instance decision in “straightforward” cases to 15 months from the expiry of the opposition period (which remains unchanged at nine months from grant).

These reforms will mainly affect the timing of submissions by all parties. Previously, for example, it was typically possible for a patentee to obtain a two-month extension of the usual four-month deadline for responding to the grounds of opposition. However, under the procedure set out in the notice, it appears that the possibilities for obtaining an extension beyond four months are very limited. It is now stated that extensions of time will be granted only in exceptional cases with duly substantiated requests, although there is currently no explicit guidance on what is considered exceptional or duly substantiated in this particular context. Overall, it seems that both opponents and proprietors will have less time to formulate their arguments.

In particular, the EPO appears to be intending to apply stricter rules to the proprietor’s submissions in response to the grounds of opposition. The notice states that the proprietor must submit a full response to the opposition, including all facts, evidence and arguments in support of the case. Typically under previous EPO practice, a proprietor might respond to the grounds of opposition only with arguments (no claim amendments) and might file claim amendments only once the Opposition Division has issued its provisional opinion.

The provisional opinion is issued at the same time as the summons to oral proceedings, which under previous EPO practice might take around a year or more from the proprietor’s initial response to the grounds of opposition. Thus, there was a considerable period of time in which the proprietor could keep its options open and (at least to some extent) intentions private.

It is not yet clear the extent to which the new procedure may limit a proprietor’s ability to successfully file new arguments and additional requests in an iterative manner during the written phase of oral proceedings. The notice does mention that “the summons [to oral proceedings] will also fix a final date for submitting observations and amendments”, so clearly there remains an opportunity at least in some circumstances to file amendments at this stage.

“The EPO appears to be intending to apply stricter rules to the proprietor’s submissions in response to the grounds of opposition.”

The notice also states that during oral proceedings parties should be prepared to consider possible fall-back positions. However, it is not clear whether there will be a change in how accommodating the Opposition Division may be towards submissions of auxiliary requests during the course of a hearing.

While these reforms ultimately aim to compress opposition timescales, they also create a degree of uncertainty over the amount of flexibility a patent proprietor or opponent has to develop its case throughout the proceeding.

Comparison with the UPC

Once fully implemented, the UPC is expected to have jurisdiction over patent validity and infringement of European patents in 25 member states. Revocation can be sought at any time after grant. Accordingly, the UPC could ultimately offer third parties another opportunity, in addition to the EPO opposition route, to revoke a European patent centrally for nearly all EPC territories.

Due to the time limits on filing an opposition at the EPO and the new reforms to streamline EPO opposition, it is conceivable that third parties may also, or alternatively, opt for a UPC revocation action, for example in the event of missing the deadline for opposition, or there being insufficient time to put together a full opposition case by the deadline. Commercial objectives could of course also change once the EPO opposition deadline has passed, or a “watch and wait” approach could be taken instead of acting early with an EPO opposition.

However, although the UPC will refer to the EPC in determining the validity of a patent, it will retain judicial independence. Therefore, unlike the EPO, the UPC’s interpretation of the EPC will not necessarily be guided by the well-established body of case law of the EPO boards of appeal. Accordingly, the UPC, even once up and running, may take a while to establish its credibility, and in the meantime it might be unclear whether the new untested court system can deliver a robust and reliable pathway for challenging European patents independently of the EPO.

Even before the UK referendum decision to leave the EU, there was considerable uncertainty over when the UPC might start work, how many territories would be involved at the beginning, and when others might join. This uncertainty has been exacerbated by the UK’s “leave” decision.

Accordingly, for the moment at least, the EPO opposition route remains a core option for those wishing to “clear the way” by challenging patent validity. The “UPC option” remains elusive. The new EPO procedure aims to offer greater speed in resolving validity challenges at first instance. This poses opportunities and challenges for both proprietors and opponents. It also poses additional challenges for the EPO second instance boards of appeal.

There is a considerable backlog of cases before the boards, with increasing delays in resolution of cases, including oppositions. This has a particular impact on the life sciences sector, where oppositions are most common and also where patents towards the end of their lifespan may still be extremely commercially valuable. Thus, even if there have been delays in reaching a final decision, there is often something still worth fighting over in life sciences cases, even if interest may have waned in a greater proportion of cases in other technical fields.

In July, the AC announced a decision to reform the appeal boards to strengthen the perception of their independence and improve efficiency. This productivity may translate into a reduction of the backlog. There will be a new administrative structure, including a new role for the president of the boards of appeal, who will report to the AC rather than the EPO president, and a new location (in Munich). The changes include amendments to career structure and assessment for board members, as well as rules concerning conflict of interest for leaving members. It is unclear exactly what other steps are planned in order to improve efficiency or how long it will take for the changes to affect proprietors and opponents.

In the meantime, the EPO’s decision to make changes in this area, as well as the revised opposition procedure, are themselves significant and indicate that the EPO recognises that changes are needed to keep a very successful and cost-effective opposition system at the core of patent validity challenges.

Stephanie Pilkington is a partner at Potter Clarkson. She can be contacted at: stephanie.pilkington@potterclarkson.com

Ling Zhuang is an assistant at Potter Clarkson. She can be contacted at: ling.zhuang@potterclarkson.com