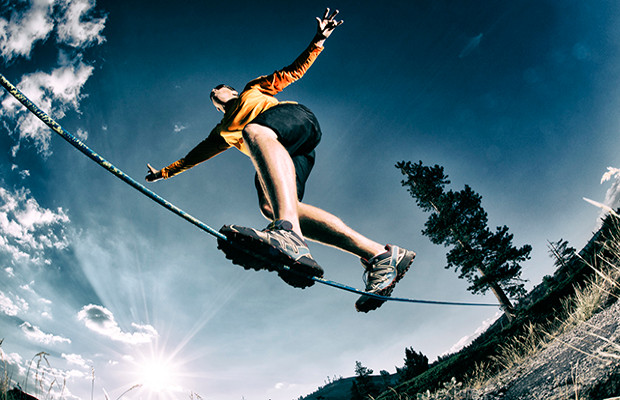 CRISPR offers ground-breaking opportunities for tackling diseases and genome defects, but its use must be carefully managed to avoid the obvious ethical problems that will arise, as Sanchith Shivakumar of Anand and Anand reports.

CRISPR, or clustered regularly interspaced short palindromic repeats, has been hailed as one of the most game-changing advances in genetic technology and perhaps even all of science.

CRISPR and the associated Cas9 (CRISPR-associated protein 9) had puzzled scientists until an experimental demonstration of its function in 2007.

A hitherto inexplicable DNA sequence had been found in bacterial immune systems, and only after the discovery that these sequences were interspaced with DNA sequences from hostile viruses did scientists realise what CRISPR was: a perfect, naturally occurring genetic editing system which functions by storing a snippet of the virus’s DNA sequence for thwarting future attacks from the same invading virus.

A complete bar on the patentability of human genome research using CRISPR would in a sense itself be immoral, as it stifles all the lifesaving possibilities offered by gene therapy.

The versatility of CRISPR is remarkable. It is a ‘programmable’ mechanism which can cleave and edit any DNA sequence. The protein which is used by bacterial immune systems against viruses can just as easily be used to edit the genome of plants, animals and humans, albeit with some laboratory tweaking. CRISPR is so advanced that it can be used like a search function where the protein is guided by the corresponding RNA to a specific location in the genome, ensuring complete precision in the editing process. The implications of this are truly ground-breaking.

First, CRISPR is RNA-guided as opposed to traditional methods of genetic engineering which were protein-guided. This guarantees a much simpler and, more important, a much more precise process. Second, CRISPR has exponentially improved the cost and convenience of genetic engineering. CRISPR has opened the gates to a future where genetic engineering is something that you can do in your garage or at home and, in fact, DIY bacterial CRISPR kits are already available for purchase. To illustrate the vast reduction in costs, CRISPR can cost as little as $30 as against $4,000 to $7,000 per piece for ZFN enzymes which were part of the predecessor technology.

In terms of its possible uses, CRISPR could be applied to edit DNA sequences that result in terrible genetic disorders. For instance, there are around 10,000 disorders among humans which are caused by a single gene mutation. CRISPR is already being used in trials for advances such as malaria-resistant mosquitoes, disease-resistant plants and cures for human diseases such as leukaemia, HIV and haemophilia.

At the more futuristic end of the spectrum, it is claimed that CRISPR could be used to edit genes in human embryos as a potential starting point for ‘designer’ babies. A few decades down the line, CRISPR could possibly be used to edit genomes to ensure the existence of desirable traits such as height, intelligence, physique, eye colour, etc.

There are two major contenders for the ownership of the CRISPR patents: a team headed by Jennifer Doudna from the University of California (UC), Berkeley, and Feng Zhang’s group from the Broad Institute of Harvard and MIT. While the latter was the first to use CRISPR in eukaryotic cells, the former has a prior provisional application (May 2012) with respect to the genome editing of prokaryotic bacteria. However, the patent was granted to Zhang’s team on the basis that the introduction of CRISPR in eukaryotic cells had not been seen until that point, and the fact that they had opted for an expedited examination of their application.

Despite this, the team from UC, Berkeley was not going to let one of the most important patents in biotechnology slip away so easily. They filed an interference proceeding against this decision of the US Patent and Trademark Office as they believed that their application should be able to cover all cells and that, on this basis, the Broad Institute’s patent was invalid. However, the Patent and Trial Appeal Board decided that there was no interference, and UC, Berkeley has filed a further appeal in this regard.

This is probably one of the last interference cases in US history as the Leahy-Smith America Invents Act, enacted in March 2013, formally revised the US patent system from a “first to invent” to a “first to file” system, bringing it up to speed with most of the world. Since both the applications in question were instituted prior to this enactment, they will be decided on the basis of the earlier regime. However, the European Patent Office, which follows a first to file system, has declared its intention to grant a broad patent covering both prokaryotic and eukaryotic cells to UC, Berkeley.

The reason for this heated contest is the prize of owning the patent on the use of CRISPR in human cells. The entity which owns this will ultimately control the commercial exploitation of the myriad benefits that CRISPR brings with it for humanity—a truly mind-boggling prospect.

A team led by Huang Junji in China has already published the results of a CRISPR experiment in single cell fertilised human embryos in order to eliminate the gene mutation which causes beta thalassaemia, an inherited blood disorder.

Immediately, a large amount of criticism was delivered by people who believe that such activities and, in particular, the subsequent patenting of the same, would be opposed to public policy and morality. It is in this context that the patentability issues in human genome editing using CRISPR are discussed.

Post the publication by Huang’s team, in September 2015, the Francis Crick Institute in London went a step further and applied for a research licence to use the CRISPR genome-editing techniques on viable human embryos donated by couples, much to the consternation of critics. Such an act is not only a huge next step in CRISPR research but is a necessary building block in unlocking CRISPR’s potential for humanity. Therefore, looking at the ethical and legal issues in conducting and patenting such research is a crucial discussion to have.

For instance, the EU Biotech Directive, implemented in 2000, very clearly specifies guidelines for the patentability of such research. Article 6, which deals with “unpatentable inventions” on the basis of ordre public and morality, specifically identifies acts such as the modification of the “germline genetic identity of human beings” and the “use of human embryos for industrial or commercial purposes”. Similarly, German law has the Embryo Protection Act which discharges an equivalent function.

Such regulations are based on the conventional notion that human embryos are protectable for their “intrinsic humanity” and to prevent us embarking on a slippery slope where we end up interfering with nature. However, more tangible objections can also be made, such as the fact that the delicate composition of the human genome could be irreparably and disastrously altered in our attempt to use gene therapy for the good of humanity.

At the other end of the spectrum are countries like China, which is much more permissive towards such research.

While the ethical considerations that would determine the moral status of designer babies would need a far more detailed analysis, at a stage where genome editing would largely be used to rid humanity of some of the most pernicious disorders and diseases ever known, the bar against genome editing seems to be unreasonable.

Altering our “germline genetic identity” may seem like another attempt by humans to experiment with something that we don’t have a full picture of yet, but when this alteration could lead to a genetic identity that is free of the disorders that have plagued us for many years, it seems hard to argue against the ethical imperative to carry out such research.

Moreover, it is only through a more voluminous body of research into our genome that we can understand the delicacy of our genetic make-up, which would be crucial in a world where gene therapy has already established itself as being here to stay.

The first step we need to take is to arrive at a more workable global consensus regarding the ethical and legal framework for CRISPR research on the human genome. While a complete ban seems unreasonable, some of the ethical concerns discussed above are worth consideration. Perhaps a viable middle ground would be to permit controlled research on the issue.

Rather than prohibiting the patentability of such work, a regulatory framework governing the process of research might make more sense. After all, patentability of the research will lay the basis for spurring innovation and commercial exploitation in this field.

A notable model that the rest of the world could consider is the UK Human Fertilisation and Embryology Act 2008, which functions as a regulator for the grant of research licences regarding human embryos. The licence is granted only when the research is “necessary or desirable” and a large proportion of the research concerns genetic and congenital diseases. Moreover, the licence cannot be used outside of the stated purpose and there are strict safeguards in place for the handling of the embryo itself.

CRISPR is on the verge of changing the way we live and perhaps even changing who we are. A complete bar on the patentability of human genome research using CRISPR would in a sense itself be immoral, as it stifles all the lifesaving possibilities offered by gene therapy. It is only sensible that the world moves towards creating a controlled research environment where the possible ill-effects can be carefully regulated while we can still reap the benefits of this wonderful technology.